Many had hopes that 2021 would be a huge improvement from the miserable year that was 2020. Whilst, 2021 was not the miracle year that people had hoped for, it was still a solid year for online slots.

In 2021, players were introduced to some of the greatest branded slots as well as sequels to fan-favourite slots. Remember 2021 for the good times and for being an epic year filled with innovative slots. 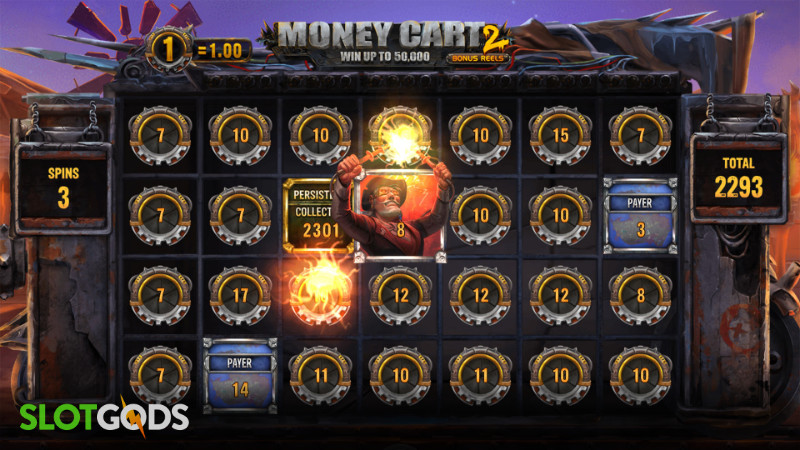 It's safe to say that whilst the original Money Train slot was a reasonable success, it definitely didn't match up to the mega-hit that was the sequel in Money Train 2. As one of the biggest hits for Relax Gaming, the developers decided to release a bonus game version of the slot called Money Cart 2.

The beloved bonus game from the original is the entire focus in this slot - but there is an improved win potential completely reinventing the steampunk slot. Money Cart 2 features an unbelievable RTP of 98% and is a high-octane with a maximum win of 5,000x your stake. This slot is revolutionary and easily set the trend for realising bonus game slots such as Money Cart.

Alice Cooper and the Tome of Madness 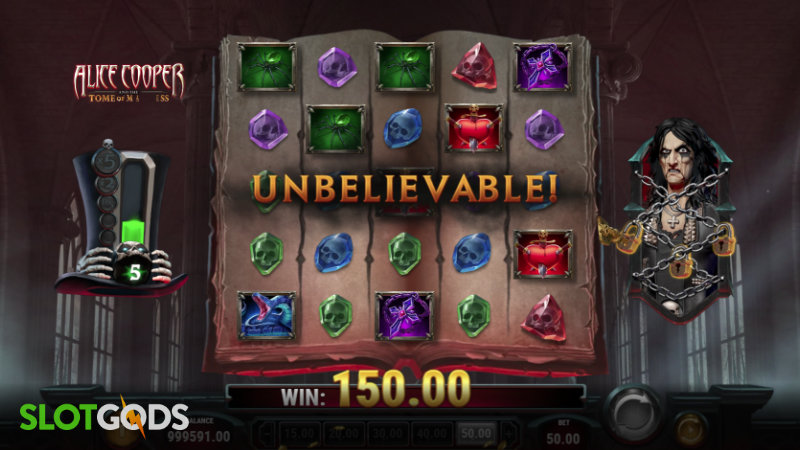 When people think of branded slots, they think of low RTP and tacky graphics which act as a quick cash grab for developers. This is certainly not the case with Alice Cooper and the Tome of Madness from Play'n GO as it perfectly encapsulates the wackiness of Alice Cooper.

This grid slot plays on 5-rows with 5-columns and contains high volatility gameplay. In terms of features and charm, this slot is absolutely oozing with them both. There are multiple features including Reality Effect, Hat of Madness and Mega Wilds leading Alice Cooper to walk across the screen. This slot is both dark, tasteful and completely unmissable.

Play Alice Cooper and the Tome of Madness here: 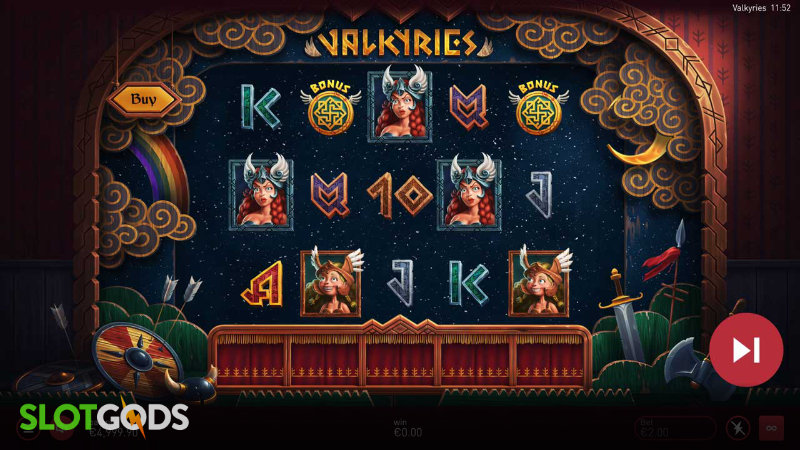 The creative team at Peter & Sons are known for visually stunning slots with impressive gameplay. This was turned up to the max with their December 2021 release Valkyries. Despite playing on only 5-reels with 10 paylines, this slot is absolutely bursting with incredible features to match the unique aesthetic.

The Valkyries slot showcasing the impressive free spins round

Everything is centred around the free spins round that unlocked the Power Reels at the bottom of the screen giving players the potential to land wilds, dropping wilds, locking wilds and even retriggers leading to wins of up to 20,000x your stake. For a classy Viking slot unlike no other, give Valkyries a much-needed spin. 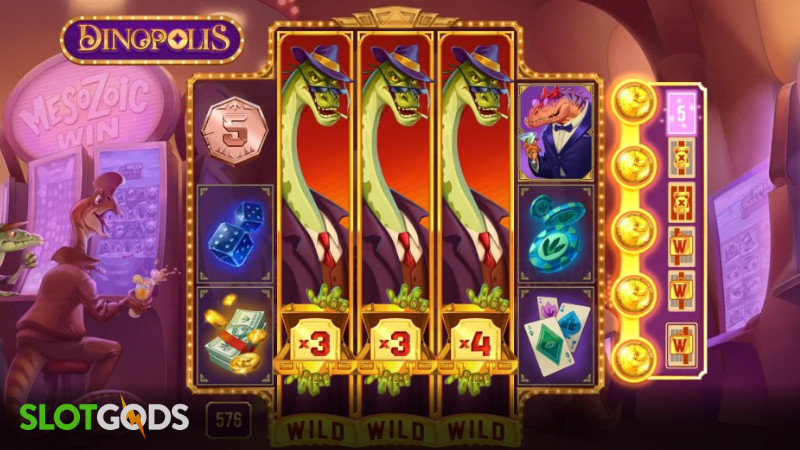 Ever wondered what Las Vegas would be like if it was run by dinosaurs? Push Gaming had the same thought and decided to act with Dinopolis. Whilst the premise of this slot may seem insane, the presentation and gameplay are absolutely fantastic showcasing Push Gaming as a developer to look out for.

Playing on 5-reels with 576 ways to win, players will find Dino Coin symbols, Dino Bonus, Dino Coin Collector and Sticky Wilds leading to epic wins of up to 50,000x your stake. This all paired with creative visuals showcases Push Gaming at its utmost best. 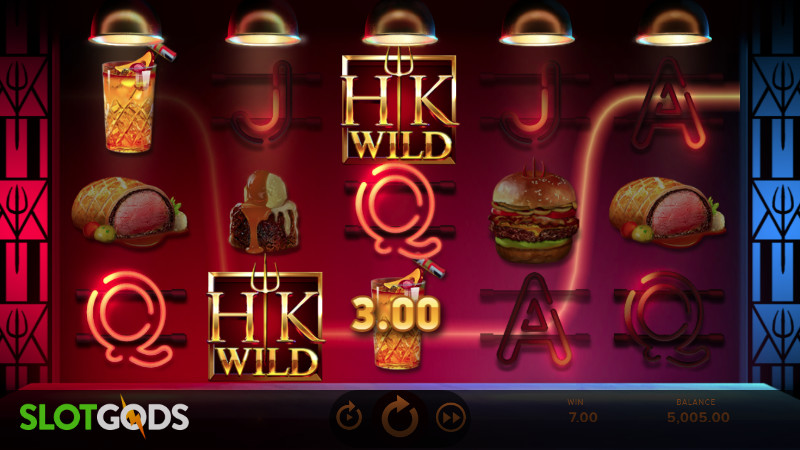 There was not just one unbelievable branded slot but two that were fantastic throughout 2021. Everyone knows Gordon Ramsay as one of the most entertaining chefs on television known for starring in shows such as Hell's Kitchen and Ramsay's Kitchen Nightmares.

The popular chef has now been forever immortalised in an online slot called Hell's Kitchen developed by NetEnt. This slot features Team Challenges through free spins, bonus games and knives being thrown on the reels as wilds. Do not be an idiot sandwich, give Hell's Kitchen a spin (if you haven't already).

When people hear Rainbow Riches, they either immediately groan or get excited over a new release. The Rainbow Riches series is definitely like marmite but SG Digital completely changed this perception with Rainbow Riches Power Mix.

This slot plays almost identical to Rainbow Riches Pick 'n' Mix but with an improved win potential with a maximum win of 50,000x your stake as well as four sets of reels delivering explosive gameplay. Rainbow Riches Power Mix is the perfect balance of traditional and modern gameplay making it one of the best Rainbow Riches slots so far! 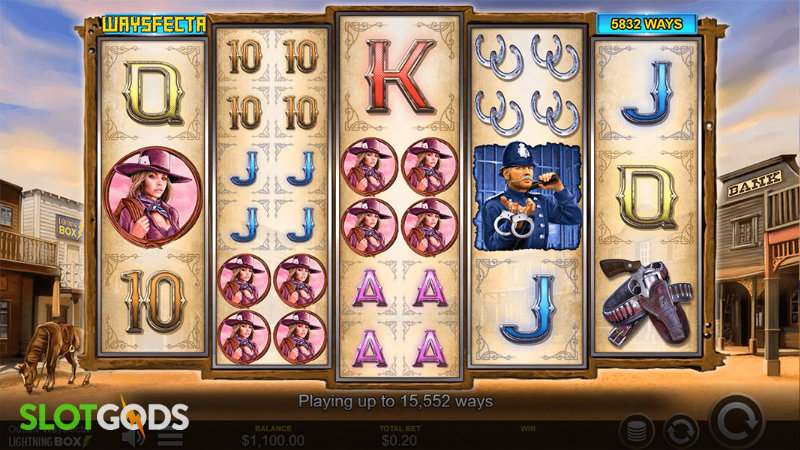 Despite being founded in 2004, Lightning Box didn't really jump onto our radars until the release of Outlaw Waysfecta. This slot acts as a soft sequel to Enchanted Waysfecta with the Waysfecta mechanic but completely stood out on its own with gameplay that you'd struggle to find in any other online slot.

The developers are known for skill-based mechanics such as Skillstar, but Outlaw Waysfecta completely cranked this up with the features. Amazingly, players shoot through a mini-game to determine which bonus they receive and the slot feels like an unmissable Wild West heist. For a Wild West experience unlike any other, do not miss out on this unique slot. 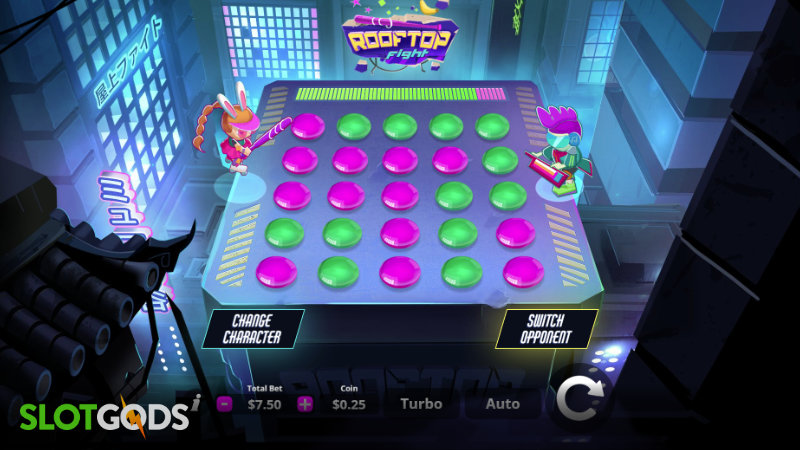 It's not every day that you are given the chance to battle it out on a rooftop filled with various creatures including Rabbit, Robot, Disco and Monkey. Developed by Lady Luck Games, Rooftop Fight plays on a grid of 5x5 using the Cluster Pays mechanic and is inspired by retro fighting games from the 1980s.

As the slot opens up, you select a character to play as with a special ability and spin to battle it out against other fighters. The aim of the game is to fill the bonus bar to trigger the bonus round leading to some incredible wins. This is definitely a wonderful hybrid of classical arcade game mixed with slots for an unmissable experience. 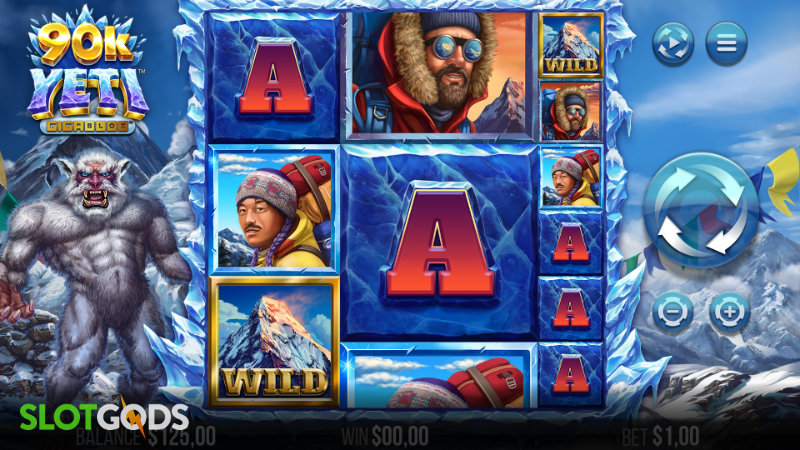 There are many Gigablox slots out there but none stand out quite as much as 4ThePlayer's 90K Yeti Gigablox. As part of Yggdrasil's Masters Program, 4ThePlayer enhanced their original slot with the Gigablox mechanic for a marvelous experience.

During the base game, there are Snox Blox that block the reels but there are random modifiers to remove this such as Yeti Reveal, Snowstorm Feature and Giga Summon Feature. This paired with the free spins and Gigablox mechanics can lead to a win of up to 90,000 your stake! 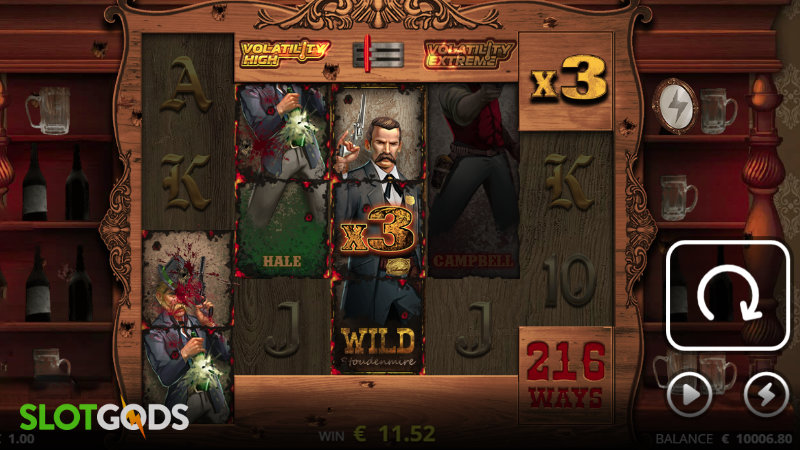 Last but certainly not least is another Wild West slot but from the controversial Nolimit City in El Paso Gunfight. This slot contains memorable trademark mechanics from the developers such as xNudge Wilds and multiple free spin options including Gunfight Spins and Deputy or Marshall Gunfight Spins.

Amazingly, you can even shoot the bottles throughout the gameplay and this slot definitely has a spagetti western feel to it. This isn't just one of the best slots of 2021, it's one of the Wild West slots due to the innovative gameplay and sleekness of the design.