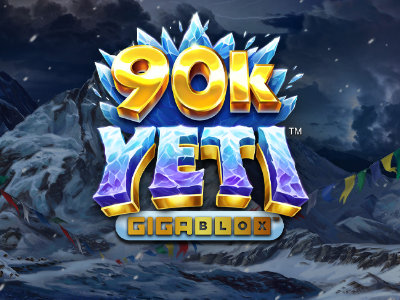 There's an age-old question of whether the abominable yeti actually exists and 90K Yeti Gigablox finally solves this mystery. Developed by 4ThePlayer with Yggdrasil, 90K Yeti Gigablox plays on 6-reels with up to 46,656 ways to win.

During any spin, you can trigger 3 unique bonuses from the yeti alongside free spins and the mighty Gigablox. You could even win up to 90,000x your stake through finding the legendary yeti.

Jump straight into the action and play 90K Yeti Gigablox now at the following fully licenced UK slot sites. These slot sites have been thoroughly audited and reviewed by the team here at Slot Gods to ensure they offer an exceptional user experience, are trustworthy, safe, secure, and boast the best selection of online slots in their portfolio including 90K Yeti Gigablox...

First and foremost, this slot features the impressive Gigablox feature from Yggdrasil. Ultimately, this adds massive symbols to the reels that can be 2x2 to 6x6 in size.

If you land 5 or more Free Spin scatters then you'll trigger Free Spins. The amount of spins depends on how many symbols you landed and at least 1 Snowstorm or Giga Summon is guaranteed. You can even land additional scatters for extra spins.

During the base game, there are certain Snow Blox that block the reels and decrease when you match wins (or during free spins). However, there are three modifiers that can appear at any time and include: 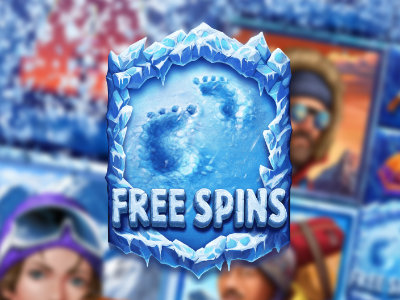 Landing 5 or more scatters will trigger the Free Spins round. Each scatter you lands equals the number of free spins and there are no Snox Blox either during this round. 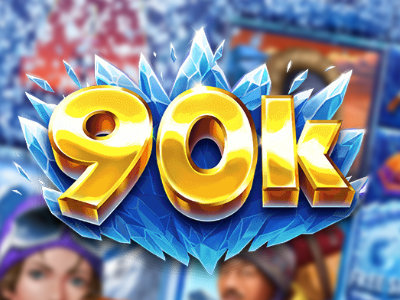 This feature adds large symbols to the reels that can be between 2x2 to 6x6 in size. Ultimately, this can lead to even bigger wins reaching up to 90,000x stake. 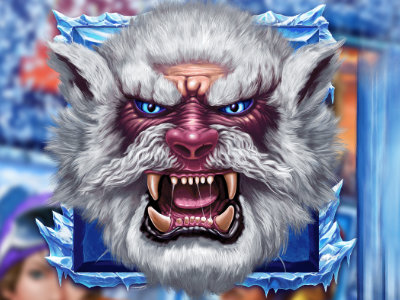 At any moment, the yeti can trigger one of three different modifiers. These include destroying the Snow Blox, reshuffling the reels and large Gigablox symbols landing on the reels.

Hidden in the mountains and surrounded by snow, you'll find the abominable yeti lurking around. Join a group of explorers as they search for this mighty beast and all the rewards that come with him.

Developed by 4theplayer with Yggdrasil, 90K Yeti Gigablox plays on 6-reels with up to 46,656 ways to win along with a high volatility level of gameplay. With Gigablox, free spins and modifiers, you'll soon be finding the yeti and winning up to 90,000x your stake in no time.

As you open up the slot, you'll notice that the slot is set in a snowy, mountain landscape. To the left of the reels, you'll find the scary-looking yeti that looks like a white werewolf. He occasionally adds stuff to the reels which act as modifiers and help with gameplay, but it mainly adds to the atmosphere.

On the reels, there are various explorers paired with hiking gear. Surrounding the reels is a layer of ice showing just how far up the hikers are.

As for sounds, there is a subtle musical track that plays windchimes mixed with bells to create something mysterious. It's fantastic apart from the fact that the yeti doesn't make any noises which is a huge disappointment.

There are 6-reels with up to 46,656 ways to win once you get rid of all the Snow Box. As mentioned, this slot uses the Gigablox mechanic which is incredibly straightforward and entirely helpful in gaining better wins.

All the menus are all over the place on the right-hand side with the spin button in the middle, bet level underneath and everything else on top. It looks a bit cluttered but at least it's all together.

90K Yeti Gigablox is a high volatility slot that sadly comes with a mediocre RTP of 95.50%. However, it should be noted that you can win up to 90,000x your stake in this slot which is excellent.

Thankfully, there are so many features that you'll be guaranteed to win at least something in this slot with the modifiers being arguably the best bit.

On the surface, this slot may not look like much but it's absolutely brilliant to play. The use of different modifiers and Gigablox is done perfectly that you can't help but enjoy playing it.

Perhaps, the biggest downer is the lower RTP and the fact that the yeti doesn't make any noise. That aside, 90K Yeti Gigablox is one that is unmissable and is worth a spin.

Play 90K Yeti Gigablox now at the following verified UK slots sites. These slot sites are fully licenced and have been thoroughly vetted and reviewed by us to ensure they offer a great user experience, are trustworthy, secure, and have a wide variety of the best online slots in their lobbies including 90K Yeti Gigablox:-

Enjoyed 90K Yeti Gigablox? Here's a handful of similar slots we think you'll like too. These online slots have been chosen based on features and themes similar to 90K Yeti Gigablox. You might also want to check out other 4ThePlayer slots.