Another cinematic masterpiece from Yggdrasil, Hades Gigablox is a 6-reel, 50 payline slot that's filled with mind-blowing bonus features such as the ability to win fights with demons to convert symbols into wilds, free spins with an increasing multiplier of up to 10x and HUGE Gigablox symbols that can fill the entire game screen.

“ A masterclass in what a modern online slot should be! ”

As the name of the game might suggest, Hades Gigablox mostly revolves around the Gigablox feature that sees giant symbols (reaching up to 6x6 in size) fall onto the reels at any given moment, creating a huge number of lucrative winning paylines for players to enjoy.

The remaining features are exactly what you'd expect to find in a solid online slot game, increasing multipliers, wild symbols, a healthy number of free spins.

There are no features that are too flashy or difficult for players to get their heads around, but that's alright because what they have done, they've done right! Yggdrasil have successfully taken some pretty standard game features and mechanics and displayed them in such a way that they seem much more exciting than they actually are, a tough skill to master in the world of online slots. 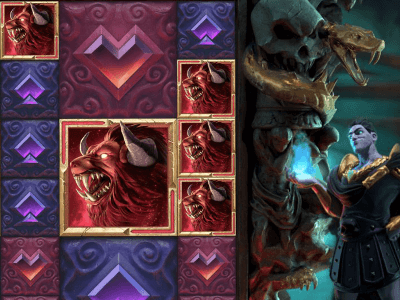 The Gigablox feature sees large 'Gigablox' symbols (ranging from 2x2 to 6x6 in size) fall onto the reels at random, leading to winning paylines. 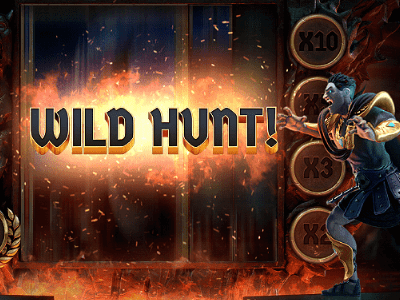 Hades, the game's main character (who is stood to the right of the reels) may choose to randomly fly into the symbols, fighting the demons on them, turning the symbols wild to create winning paylines. 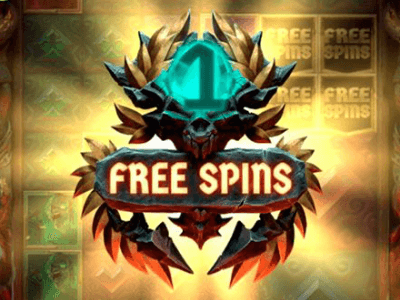 If players land five (or more) scatter symbols then they'll trigger the Wild Hunt Free Spins. Players will immediately receive the same amount of free spins as scatter symbols currently on the reels. 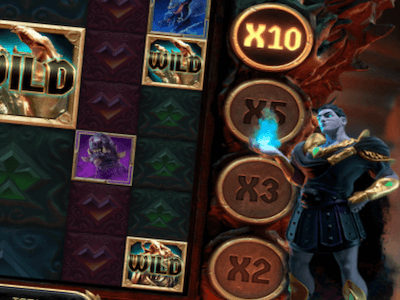 During the free spins round, Hades will go on a Wild Hunt. For every demon that's defeated a win multiplier bar increases, additionally, players will also receive 2 free spins on top.

If you like action-pack online slot games that come full of thrilling bonus features and mechanics, you needn't look any further than Hades Gigablox from Yggdrasil, this cinematic slot offers everything you could possibly want and more. This extremely high-quality 5-reel, 50 payline slot boasts giant Gigablox symbols, multipliers, wild symbols, and a ton of free spins.

Hades Gigablox is absolutely everything you'd expect from a cinematic Yggdrasil online slot game and MORE! You know you're in for an exciting ride from the moment the game loads in, players are treated to a cinematic intro video accompanied by a heavy metal track, which really helps sets the tone of the game from the word go.

The game reels are adorned with what looks to be skulls, golden serpents, and carvings (or calcified corpses!) of disheveled people, a gritty and well-designed depiction of what it must be like down in the depths of the underworld.

Behind the reels looks to be a darkened temple with fog ominously passing by, to the right is the game's hero (or anti-hero) Hades, who stands ready and waiting to be called into action at any given moment. If you leave the game idling then Hades will actually begin telling jokes and begin to wonder where you've gone and why you aren't spinning the reels!

In terms of the game's soundtrack, heavy metal plays in the background, often accompanied by Hades throwing in some one-liners regarding the state-of-play, whether that be just missing out on a big win, or applauding a successful spin.

Hades Gigablox is an incredibly simple game to navigate, as is the case with most Yggdrasil slots. Players can change the value of their bet on the bottom left-hand side of the game-screen (from anywhere between 0.10 and 20). Either side of the spin button there's a 'Max Bet' button, which is pretty self-explanatory and an auto spin button that allows players to set between 10 and infinite auto spins. A small + on the left of the screen gives players access to the paytable and game settings.

With an agreeable RTP of 96%, there are certainly no complaints from us Hades Gigablox reaches the industry benchmark. In terms of overall win potential, players can win a maximum of 9,000x their initial stake when playing this slot, which is pretty decent! It's not groundbreaking, but it's more than enough to make us want to play this game.

Hades Gigablox is the perfect example of what to expect from a modern online slot released post-2020. It's not what really you'd expect when you first think of online slots, but it's a hell of a lot of fun (pun intended). This game looks fantastic, sounds fantastic, and has great features to boot! We genuinely believe Hades Gigablox has the potential to become a franchise for Yggdrasil if they choose to branch out and expand on this slot.

Play Hades Gigablox now at the following verified online slot sites. These slot sites have been thoroughly audited and reviewed by us to ensure they offer an exceptional user experience, are trustworthy, safe, secure, and boast the best variation of online slots in their portfolio including Hades Gigablox:-

Enjoyed Hades Gigablox? Here's a handful of similar slots we think you'll like too. These online slots have been chosen based on features and themes similar to Hades Gigablox. You might also want to check out other Yggdrasil slots.