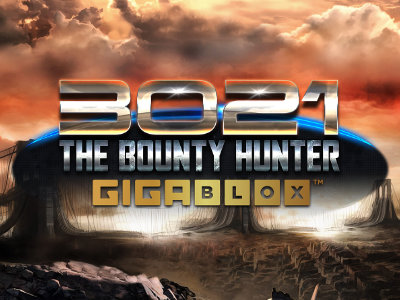 It's time to head to the future - 1,000 years in the future to be exact - to 3021. Whilst the earth is in shambles and it's no longer the beautiful place that it once was with criminals and fugitives overrunning the planet. That's exactly where Bounty Hunter SK-1000 comes in to save the day.

Developed by Reflex Gaming in collaboration with Yggdrasil, 3021 AD The Bounty Hunter Gigablox plays on 6-reels with 40 paylines and Gigablox mechanics. Throughout SK-1000's journey, you'll find free spins with multipliers and wild reel bonuses leading you to some impressive bounties.

“ A cool and sensational slot ideal for sci-fi fans ”

As the title suggests, this slot has the Gigablox feature attached. Ultimately, this means that symbols on the reels can land as block symbols leading up to 5x5 in size.

This slot also features free spins which can be triggered by landing 5 or more free spin bonus symbols. You'll be awarded 1 free spin for each symbol in view for example a 3x3 block would be 9 spins. Each win will trigger the Bounty Hunter to award a multiplier between x1 to x25. 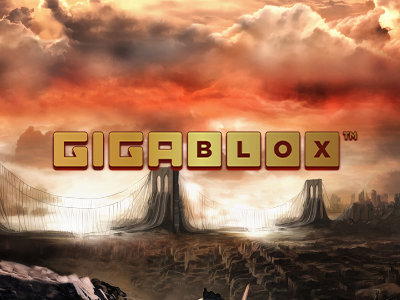 This slot contains Yggdrasil's fantastic Gigablox feature that gives you symbols in blocks with a maximum of 5x5 leading to even bigger wins! 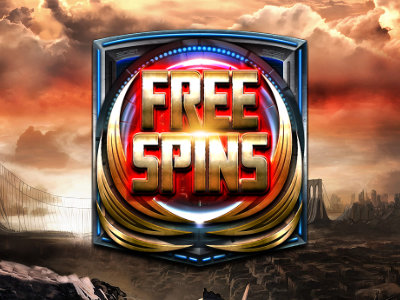 Landing 5 or more free spin bonus symbols will trigger free spins with the chance to land multipliers reaching up to x25!

Have you ever wondered what the future will be like in 1,000 years time? With 3021 AD The Bounty Hunter Gigablox, you now have the chance to see what a mess the earth turns into.

Developed by Reflex Gaming with Yggdrasil, this slot plays on 6-reels with 40 paylines and low volatility gameplay. Throughout the slot, you'll encounter free spins, multipliers and even the allusive Gigablox mechanic. So join the infamous Bounty Hunter and see what you can find in 3021 AD.

As soon as you open up the slot, you'll definitely think of dystopian films such as Mad Max or The Matrix as everything looks futuristic but disturbing. The location surrounding the reels look like the world is living poorly and that's exactly what the developers want you to think.

According to the lore of the slot, the world is now full of criminals and horrible people with bounty hunters taking the lead in bringing people to justice which is where our hero comes in. The lovely gentleman next to the reels is SK-1000 (who looks strangely like The Mandalorian) and he assists you with features from time to time.

The sounds are exactly what you'd expect with drums mixed with guitars and other epic sounds to create a high-intensity score. It all comes together to create something that's perfect for this slot.

Whilst 3021 AD The Bounty Hunter Gigablox may look complicated, the gameplay is straightforward with only 6-reels with 40 paylines. Aside from Gigablox, there are only really free spins that include multipliers to help you throughout your game.

All the menus you could ever need are at the bottom of the screen with the spin button on the right side and the bet level and autospin to the left of it.

This slot is a low volatility slot that means you'll gain frequent wins but they'll be low amounts. As for the RTP, it's at 96.03% which is just over the average standard but barely.

In terms of the maximum win, you can gain up to 3,741x your stake which is a huge amount for a low volatility slot and can be achieved through the free spins will multipliers.

It's clear that Reflex definitely achieved all they were trying to with 3021 AD The Bounty Hunter Gigablox as it feels futuristic whilst the gameplay is modern but easy to play. The design may not be earth-shattering but it's effective and the same goes for the gameplay.

Whilst the Gigablox feature is in the title, the free spins are the star of this slot and make the slot worth playing. If you love sci-fi slots mixed with Gigablox, then give 3021 AD The Bounty Hunter Gigablox a spin.