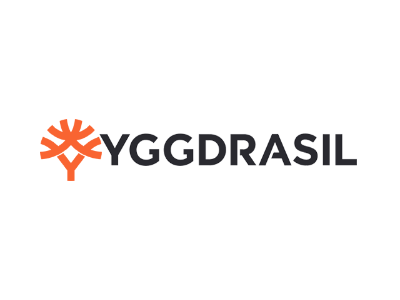 If you're looking for truly visually-stunning online slots created by one of the most talented development teams in the industry then you're in the right place. Award-winning studio Yggdrasil have time and again treated fans to incredible slots that feel more like cinematic masterpieces then they do games at first glance! Once you get into them you'll quickly realise these games are truly as good as they look.

If you're looking to play some of the best Yggdrasil slots then look no further. We've personally spent months playing all of the titles Yggdrasil has to offer, digging deep into every aspect of what makes these games great.

All of the games shown below are ones we consider worthy of being called the very best Yggdrasil online slots.

Searching for new Yggdrasil online slots? We understand the importance of variety when it comes to playing at your favourite online casinos, and that's why it's vital to keep on top of each and every new slot release.

We're proud to bring you a comprehensive list of new Yggdrasil online slots that have been thoroughly playtested and reviewed. We can confidently confirm these slots are safe, reliable and most importantly, enjoyable to play.

Below you'll find a complete list of Yggdrasil slots in alphabetical order. Click on a slot to find out more about it and play for free or real.

Are you looking for the best slot sites to play Yggdrasil titles? The expert team here at Slot Gods have scoured the internet to find a collection of online casinos that are more than worthy of your patronage.

Not only will you find all of the Yggdrasil titles here, but you'll also have a great time playing them with the assurance that your funds and winnings are safe and secure.

Yggdrasil Gaming, named after the legendary tree from Norse mythology, was created in 2012 when former NetEnt CEO Fredrik Elmqvist left his post to create a brand new studio alongside a small army of professionals that knew what it takes to create quality online slot games.

It comes as no surprise that the company has been enjoying sustained success ever since launching, having rapidly grown their team and created a whole portfolio of slots that are renowned for being truly unique in the way they’re designed and the way they’re played.

There are clear parallels to be made between Yggdrasil and NetEnt slots, you can tell that the team behind them have experience working in a leading company, and it’s for this reason that their games look and feel so good.

The sheer effort that has clearly gone into creating some of their slots is mindblowing, many of their games have beautiful cinematic intro videos that wouldn’t look out of place in a Hollywood movie or AAA video game.

There are a number of great games to choose from if you opt for one developed by Yggdrasil, however, their most famous titles undoubtedly belong to the ‘Vikings go’ franchise that features a horde of angry Vikings and a LOT of excitement.

Not many developers understand quite how important storytelling is when creating an online slot, or slot franchise, but these guys just seem to get it and we’re always excited to see what they have up their sleeve when a new online slot is released by them.

Having racked up ten awards since launching, including being named the IGA Innovator of the Year four times in a row, it’s clear the only way for this growing company is up.