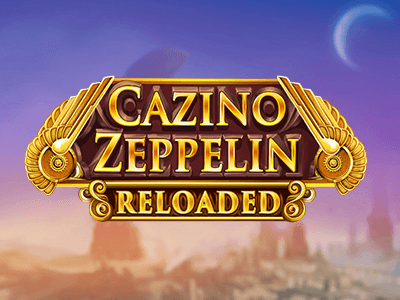 It's time to get back on a flight and return to the Cazino Zeppelin. The classic steampunk slot is back and reloaded from Yggdrasil with bigger wins and better features.

Cazino Zeppelin Reloaded plays on 5-reels with 20 paylines just like the original but increases the maximum win 41,572x your stake and adds a multitude of free spins along with golden bets to increase your chances!

Jump straight into the action and play Cazino Zeppelin Reloaded now at the following fully licenced UK slot sites. These slot sites have been thoroughly audited and reviewed by the team here at Slot Gods to ensure they offer an exceptional user experience, are trustworthy, safe, secure, and boast the best selection of online slots in their portfolio including Cazino Zeppelin Reloaded...

“ A beloved classic with a much-needed upgrade ”

In free spins, all the wilds become sticky and carry on over from the base game. Every new wild that lands on the reels increase the multiplier of all wilds by x1. If you gain wilds on each reel, then you'll gain 5 extra free spins. 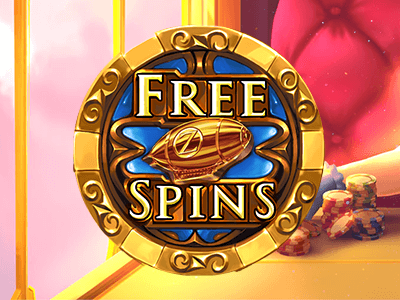 To trigger free spins, you need to land at least 3 free spins symbols to trigger up to 20 free spins. If you gain wilds on each reel, then you'll retrigger 5 extra free spins. 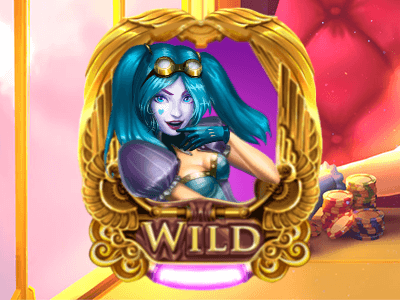 The original Cazino Zeppelin was a hit from Yggdrasil that enthusiasts loved due to the glitz and glamour of the slot. Despite being released in 2015, the original slot is still quite popular today but faces many complaints about the outdated win potential.

Thankfully, Yggdrasil listened and decided to update the fan-favourite slot with Cazino Zeppelin Reloaded. This steampunk slot still plays on 5-reels with 20 paylines, but features improved features and win potential.

As expected for an airship, this slot is set in the skies with the view behind the reels being the sky and other tall buildings. The view that is given to the player is basically a window on the Cazino Zeppelin ship.

From golds to blues, Cazino Zeppelin Reloaded delivers something bright whilst retaining the steampunk theme. All the characters on the reels are ones you'd expect in a steampunk slot with everyone combining machines to their outfits and mixing in victorian fashion.

The music of this slot is quite unnerving whilst being whimsical at the same time. There are lighter notes of bells and violins, but the cello adds a darker tone to it all. Overall, it feels incredibly fitting for this slot and shows that Yggdrasil continues to remain on top form.

There's no main change to the format of the reels with it still being 5-reels with 20 paylines, but there's the addition of golden bet and the increased maximum win. Aside from these, it's just like the original but enhanced.

Everything you could possibly need can be found at the bottom of the screen with the spin button and bet level here. To the left of the reels, you'll find the golden bet if you wish to trigger it.

All the other figures remain the same such as a decent RTP of 96% and a high volatility level leading to larger wins but less frequently. The biggest change is the increased maximum win and it definitely improves the experience.

Cazino Zeppelin Reloaded is a triumph and improves a classic without removing all the parts that players loved. Yggdrasil has shown how a remaster of a slot should go without ruining any part of the magic.

For those of you wanting to play a whimsical steampunk slot that hits all the right places, then do not miss out on Cazino Zeppelin Reloaded.