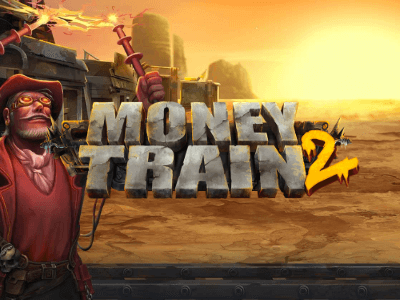 Money Train 2 is a visually stunning 5-reel, 40 payline slot developed by Relax Gaming that's arguably one of the most exciting slots to come out in years. This Western slot (with a Steampunk twist) boasts a fantastic respin feature and a highly lucrative money cart bonus round that has eleven different outcomes that could happen on each and every bonus spin, meaning players can win HUGE prizes up to a total of 50,000x their initial stake.

“ This cool Steampunk inspired slot has SO much to offer and is not to be missed! ”

The Respin feature triggers whenever two bonus symbols land anywhere on the reels. These symbols are then given a random value each and are then added together to create one single multiplier. The reels then respin, if there's a winning combination the multiplier is applied to the win.

The Money Cart bonus is an action-packed bonus feature that is triggered by landing 3 or more bonus symbols anywhere on the reels.

A short preview of the online slot Money Train 2 by Relax Gaming demonstrating the Money Cart Bonus Round.

When the Money Cart bonus round begins the symbols that triggered the bonus will each be given a random value, they are then added together to create a multiplier.

Players receive 3 free spins, and on each spin additional one of nine different bonus symbols will land on the reels, when these land the free spins reset back to 3, and if players manage to fill an entire reel with symbols then an additional reel will be opened, this can happen a maximum of two times during one bonus round. 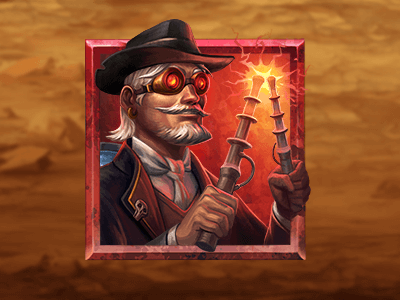 Respins are triggered when two bonus symbols land on the reels. These symbols are given a random value and are then added to create a multiplier. The reels then respin, if there's a winning combination the multiplier is applied to the win if not the multiplier grows by +1 indefinitely until there is a winning spin. 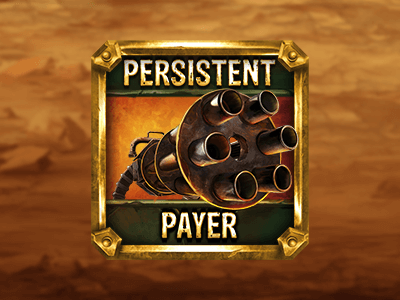 Money Train 2 is a 5-reel, 40 payline slot developed by Relax Gaming that's arguably one of the coolest games released in 2020. This high-quality slot boasts a respin feature and a highly lucrative money cart bonus round that has eleven different outcomes that could happen on each and every bonus spin. If you like your games looking polished and packed full of innovative features then this is without a doubt the one for you.

Money Train 2 is essentially what we'd describe as Money Train on steroids, this incredibly popular sequel is seriously badass! Relax Gaming have retained that Wild West charm that the original game portrayed so well, however, they've added a real edge to this slot that makes it stand out in a very very good way. From the get-go, we were blown away by this steampunk-inspired slot.

Players who played the original Money Train slot will remember that a good old fashioned steam train rolled into the station at the start of the game, this time it's something much more! A huge rusted metal train covered in spikes, gears and mechanisms rolls onto the screen, still displaying the same 5-reels and 40 paylines we remember from the original slot.

When the Money Cart bonus feature triggers the train rides into the sunset and pulls back into the old-west town during nighttime, where everything in the background changes to fit the time of day, it's all very impressive.

All of the symbols in Money Train 2 are exactly the same as they were in Money Train, however, they've been given a Steampunk upgrade. Low paying symbols are card suits designed to look like they're built out of rusted metal. We have a blue diamond, green club, brown heart and red spade. High paying symbols are the same members of the criminal outlaw gang from the original slot, a cowgirl, a Mexican gunslinger, a native Indian and the older leader of the gang, however, this time they're each donning some gnarly steampunk-inspired gear rather than your standard cowboy get-up.

In terms of the music, we're still treated to an epic Wild West soundtrack in this slot, however, Money Train 2 definitely sounds much slower and much more atmospheric, it fits the overall aesthetic of the game down to a tee though. Players will also hear lots of gears cranking and electricity buzzing as the reels spin and bonus features are triggered, it's genuinely fantastic.

There's one major difference that differentiates Money Train 2 from its wonderfully designed predecessor, this is that the reels spin horizontally rather than vertically. each symbol is uncovered one by one from the top left corner all the way down to the bottom right corner.

The only other thing players have to look out for is the respin feature, which is triggered whenever players land 2 bonus symbols on the reels, this sees a random multiplier applied to both bonus symbols that is then added together, respins then continuously happen until a winning spin has been registered. For every non-winning respin that takes place the multiplier increases by +1.

In terms of navigating the slot in general, players shouldn't have too much of a difficult time, as everything can be found along the action bar that runs across the bottom of the game reels. Here players can access a hamburger menu that plays host to the bonus info, paytable and game rules and the autoplay button that can see players set up to a maximum of 100 automated spins.

This epic high volatility slot not only has an above-average RTP of 96.40%, but it has a bonanza maximum win potential of 50,000x the player's initial stake, which quite frankly is INCREDIBLE!

Genuinely, we mean it when we say Money Train 2 is one of the best modern online slot games ever released. It offers something different from the norm in terms of bonus features and mechanics and we LOVE it! There's a reason this is Relax Gaming's most successful release to date and so many online slot streamers choose to play this game when live to thousands of fans. It looks good, plays fantastically and is incredibly exciting with a HUGE win potential!

Play Money Train 2 now at the following verified online slot sites. These slot sites have been thoroughly audited and reviewed by us to ensure they offer an exceptional user experience, are trustworthy, safe, secure, and boast the best variation of online slots in their portfolio including Money Train 2:-

Enjoyed Money Train 2? Here's a handful of similar slots we think you'll like too. These online slots have been chosen based on features and themes similar to Money Train 2. You might also want to check out other Relax Gaming slots.