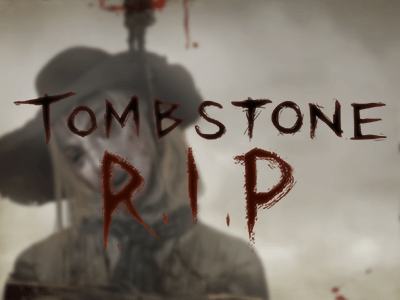 The original Tombstone took you to the land of the quickest gunslingers in the Wild West, but Tombstone RIP takes you even further. As one of Nolimit City's first sequels, this slot is grittier and most intense than the first game.

Like most Nolimit City slots, this one contains xSplit Wilds, xNudge Wilds, xRIP and multiple free spins leading to wins of up to 300,000x your stake. If you thought the first game wasn't intense enough, then Tombstone RIP is one not to miss.

Jump straight into the action and play Tombstone RIP now at the following fully licenced UK slot sites. These slot sites have been thoroughly audited and reviewed by the team here at Slot Gods to ensure they offer an exceptional user experience, are trustworthy, safe, secure, and boast the best selection of online slots in their portfolio including Tombstone RIP...

With Nolimit City, you know that you are in for an exciting time filled with bizarre features. Starting with the xMechanics, you'll find the xNudge wild that always nudges to be fully visible with each increasing the wild multiplier by x1. This only appears in the three middle reels.

There are also regular wilds on reels 2 to 5 and split wilds. The split wilds can only land on the middle 3 reels with the split wilds turning into 2 symbols doubling the symbols on the reels.

There's an xSplit wild that appears on the last reel and counts as 2 symbols high. When it lands, it will cut symbols to the left in 4 different paths which include:

The outcome of this is decided by a random even draw for the possible outcomes. If the symbol on the path has been split by a reel split, then both 2 new symbols will be split resulting in 4 symbols. When the xSplit wild splits an xNudge wild, then it will double the multiplier.

Any spin in the main game or in the bonus game that gives a payout below the base bet triggers the xRIP. The xRIP gives no further payout. Additionally, there's an enhanced bet at the bottom of the screen to increase the bet by 10% to gain a less awarding base game but increase the chance of triggering the free spins.

If you land 3 Hang'em High Scatters, then you'll activate 8 Hang'em High Free Spins. Landing only 2 of these symbols concerts them into reel split wilds.

During this free spin mode, you'll have a win multiplier that increases by regular wilds (x1), reel split wilds (x2), xSplit wilds (x2) and xNudge wilds (x1 to x3) and remain throughout the feature. You can upgrade to Boothill Free Spins if you land Boothill scatter on the last reel.

As mentioned previously, you can activate the Boothill Free Spins by landing 3 Hang'em High scatters with a Boothill scatter to activate 10 free spins. Like the previous free spins, the win multiplier increases through the wilds and remain consistent throughout.

Each spin that lands the cowboy symbol on the last reel will turn all symbols of that type into wilds. Each spin can even trigger a random multiplier ranging between x5 to x999 that applies to a random cowboy symbol. This is where you can win the maximum win of up to 300,000x your stake! 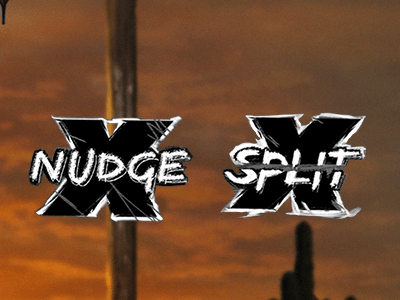 This slot is all about the wilds with the xNudge wild increasing the multiplier, the split wilds opening up the reels even more and the xSplit wilds leading to 4 different paths. Each of these increases your chances of winning the big payout! 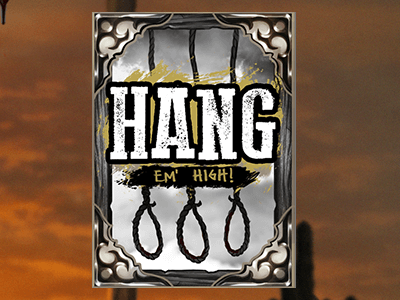 There are two free spins in this slot with other Hang'em High Free Spins and the Boothill Free Spins. Both are triggered by landing 3 Hang'em High scatters but the latter is gained by adding a Boothill scatter to the combination.

The creative geniuses at Nolimit City really have no limits when it comes to the online slots that they release. Tombstone RIP is definitely a new milestone for the slot developer as they have gone full out with the gore and intensity.

This Wild West slot is nothing like their other games as it features graphic imagery of people hanging and violence. True Grit Redemption was violent - but doesn't hold a candle to the violence in Tombstone RIP.

As a sequel to the original Tombstone, this slot sees the characters physically hanging for their crimes along with a whole host of features to lead you to wins of up to 300,000x your stake!

Set in a sleepy wild western town with humble folk is where you'll find Tombstone RIP. In the middle of the reels, you'll find all the criminals of Edda Star, Skinny Joe and El Gordo from the original.

Alongside the overall setting, you'll find that each of the characters can be hanged and cut up with axes adding to the gore. It's perfect for those who love horrific or graphic slots - but some people might find it a little too much. We absolutely loved the intensity and found it refreshing to create an actual 'adult' online slot.

For a slot with actual hanging and killings, you can expect the music to match. There's a musical score with drums, bells and guitars to create the quintessential western soundtrack paired with gunshots and whistles to give the full experience.

If you haven't figured it out by name, Nolimit City is all about the features and complicated gameplay. You can expect to find a variety of wilds and two different free spin options with high-intensity gameplay.

Despite all the features, Tombstone RIP actually seems quite straightforward once you've read through the features and played a few spins. However, we still think that this is best for the most seasoned players as there are some confusing terms that newcomers may struggle with.

At the bottom of the screen, you'll find the spin button on the right side and the bet level and other settings to the left - so they are easy to find.

This is obviously a high volatility slot with an insane level according to the developers so you need to have the bankroll to sustain the gameplay - but you'll be rewarded with big wins if you are patient enough.

The RTP is a respectable 96.08% but there is a low hit frequency of 9.08% meaning that this is the percentage of hitting a winning combination.

However, this makes sense as the maximum win for this slot is a colossal 300,000x your stake which is unbelievable. Of course, not many people will hit this limit but it's there and many people may reach ridiculous highs trying to reach it.

What else can we truly say about Tombstone RIP? It's simply a phenomenon and sets a precedent for the next games from Nolimit City and other developers. The overall gameplay is fierce with so many features to make every spin a thrill.

It also seems like the design has improved with the gore and it feels like a definitive adult slot. On top of all this, there's the maximum win of 300,000x your stake leading to life-changing wins if you reach it.

For the seasoned slot players out there, Tombstone RIP is one for you as it's volatile, intense and a bloody good time!

Play Tombstone RIP now at the following verified UK slots sites. These slot sites are fully licenced and have been thoroughly vetted and reviewed by us to ensure they offer a great user experience, are trustworthy, secure, and have a wide variety of the best online slots in their lobbies including Tombstone RIP:-

Enjoyed Tombstone RIP? Here's a handful of similar slots we think you'll like too. These online slots have been chosen based on features and themes similar to Tombstone RIP. You might also want to check out other Nolimit City slots.