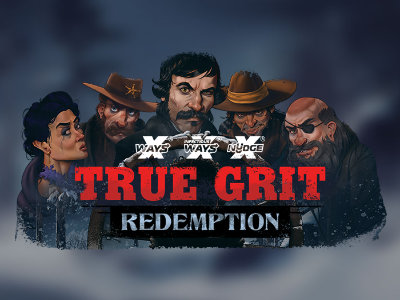 A girl sets out to find her father's murder in True Grit Redemption. Nolimit City has created a slot based on the novel called True Grit that is a 1968 novel by Charles Portis.

All the wacky Nolimit City features are back including Wild Transform, xNudge Wild, xWays, Infectious xWays and Reel Split just to name a few. You can even trigger Dead Spins or Tortue Spins for even bigger wins!

Jump straight into the action and play True Grit Redemption now at the following fully licenced UK slot sites. These slot sites have been thoroughly audited and reviewed by the team here at Slot Gods to ensure they offer an exceptional user experience, are trustworthy, safe, secure, and boast the best selection of online slots in their portfolio including True Grit Redemption...

Like most Nolimit City slots, you can be assured that there is a huge selection of mechanics in this game. Firstly, you'll find traditional xMechanics such as xWild Transform, xNudge Wild, xWays and Infectious xWays.

The bottom reel can have Reel Splits that double all symbols above it on the main reel. The reels can split up to 2 times and the Grit Girl does not split.

It wouldn't be a Nolimit City game without free spins and it all starts with the Torture Free Spins. If you land 1, 2, 3 or 4 scatter symbols, then you'll unlock 4, 7, 9 or 10 of the locked positions. When you have 3 scatters in view, you'll gain 8 spins and an additional spin for each split part of the scatter.

All the unlocked positions remain that way for the duration of the feature and if you manage to land a 4th scatter, then you'll upgrade the round to Dead Spins. The only difference in this free spin feature is that the sticky wild multiplier is unlocked and increases by 1 for each cascade. 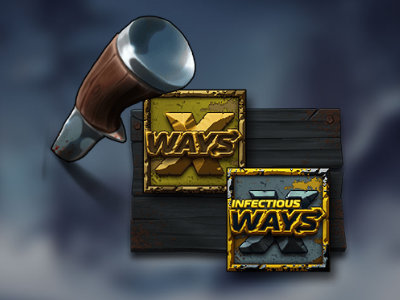 All the famous xMechanics are back with xWilds, xNudge Wilds, xWays and Infectious xWays. Each of these mechanics enhances your gameplay and give you an experience you'll only find in a Nolimit City slot. 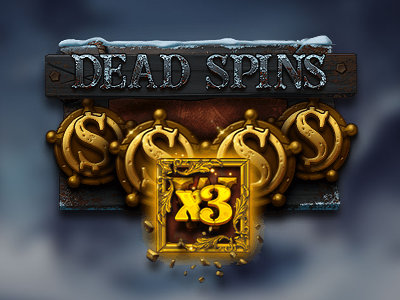 It seems that Nolimit City is constantly on a hot-streak with the online slots that they produce. With Nolimit City, you are certain to receive fascinating features followed by an interesting lore of the world.

True Grit Redemption follows a young girl seeking revenge for her father's death and is loosely inspired by the novel of the same name by Charles Portis. In the base game of this Wild West slot, you'll find 6-reels with 240 ways to win but this can increase to even more due to the splitting symbols and incredible features. Join in the hunt for the killer in this gritty Western slot.

Before this slot even released, there were controversies online stating that the main characters look like Greta Thunberg and Daniel Day Lewis from Gangs of New York. Whilst this doesn't look to be directly copied, there is a clear inspiration from the these figures.

There are other bandits who look rough and thuggish with one exception being the stunning female bandit who looks strangely like Salma Hayek.

It's safe to say that the background of the slot is giving you a dark and twisted turn of the West as you expect heat and sunshine but instead are met with coldness in the landscape and people.

In terms of the sound, you'll find a strong and eerie atmosphere created that shows you how serious the stakes are for these characters. If you are wanting a dark slot, then True Grit Redemption could be the one for you.

Like most slots from Nolimit City, you can expect absolutely bonkers gameplay that may take a while to get used to but thankfully this one seems the most straightforward slot they've done in a while. We recommend definitely reading through the features mentioned above to get an idea of what you are looking for.

At the bottom right of the screen, you'll find the spin button and the additional menus can all be found on the left side.

There's always a mighty win waiting for you with Nolimit City slots and this one starts with a solid RTP of 96.11%. Alongside this, you'll find a hit rate of 24.36% meaning that's the percentage of hitting a winning combination and it's theorised that free spins are triggered in every 1 in 214 spin.

The maximum win for this slot is 20,220x your stake that can be achieved through the special features and capped at that. Nolimit City estimate that the maximum win can be won in 1 in 6 million rounds. As expected, this slot contains high volatility leading to larger wins at a less frequent rate.

It's clear that True Grit Redemption is the perfect balance for Nolimit City as the overall design and story is charming and the gameplay is intense without being overly complicated.

The developers have definitely found the right balance with this slot and we wouldn't be surprised to see it become an instant favourite amongst slot players. Be sure to check out True Grit Redemption.

Play True Grit Redemption now at the following verified UK slots sites. These slot sites are fully licenced and have been thoroughly vetted and reviewed by us to ensure they offer a great user experience, are trustworthy, secure, and have a wide variety of the best online slots in their lobbies including True Grit Redemption:-