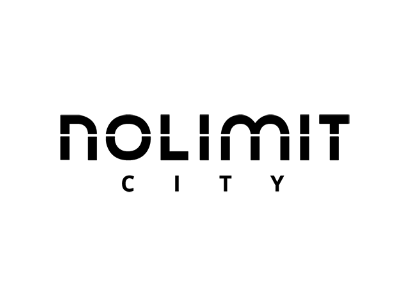 Nolimit City are an up-and-coming independent online slot developer that's been on the iGaming scene for about a decade now. The growing Swedish studio is widely known for creating innovative online slots that make use of their suite of groundbreaking game mechanics known as Nolimit Features, xFeatures or xMechanics. Out of the six current Nolimit Features, the most popular ones are xWays and xNudge, which feature prominently in their most popular games. Based in 3 offices across Europe and Asia it looks like the only way is up for this fledgling studio... So if you're looking for an online slot developer that makes unique games that don't share similarities to anything else you've played then look no further than Nolimit City.

Fancy getting stuck into the best Nolimit City slots? Of course you do! Here you'll find our selection of the highest-rated games developed by the popular Swedish studio. These wonderful slots have been selected by our expert team because they offer players the very best in features, design, gameplay and win potential! We can personally assure you that you'll have a lot of fun spinning the reels of these memorable times.

Are you on the hunt for some brand new Nolimit City slots? Here at Slot Gods we've compiled a comprehensive list of the latest releases from this innovative developer. If you want the be amongst one of the very first players to get the low down on these awesome new games then you'll be hard-pressed to find anywhere better than right here for all the key information and expert opinions.

Below you'll find a complete list of Nolimit City online slots in alphabetical order. Click on a slot to find out more about it and play for free.

Nolimit City are a highly successful online slot studio that was born in Stockholm, Sweden just over a decade ago. Since their inception, the company has built themselves a strong reputation for consistently releasing innovative online slot games that play host to a number of their own unique features and mechanics, these are xWays, xNudge, xPays, xSplit, xBomb and Infectious xWays.

Unsurprisingly the company has experienced real growth in the last few years, this success comes in part thanks to the fact that Nolimit City has worked tirelessly to promote themselves as a studio independent and free of outside interference. This independence has meant they've been able to create bespoke online slot games made to each operator's individual needs with their own special features.

Another major selling point of Nolimit's games is an interactive live leaderboard known as 'Nolimit Winners' that allows players to view the biggest wins on that game from around the world. These leaderboards show how much the player has won and when they won it.... What's more, players can watch the win back in real-time as if they were playing the slot.

In addition to having game specific leaderboards, there's one large overall leaderboard that tracks the biggest wins in Nolimit's entire game portfolio. If you're looking for a taste of what Nolimit City really has to offer we'd highly recommend giving some of these big wins a watch! You won't regret it.

Since moving into their first office in Stockholm Nolimit has expanded to Malta where their Commercial Hub was opened in 2018. In addition to this, they've also set up an office in Gurugram, India. It's here that they're trying to hire and develop some of the best untapped Indian talent in the world of technology.

What is the xWays feature?

xWays is a unique in-house trademark mechanic developed by online slot developer Nolimit City. This unpredictable mechanic adds surprise elements to slot games that can see an unlimited number of ways to win come into play on a fixed payline slot. This feature can be found on popular Nolimit City slots such as Punk Rocker and Pixies vs Pirates.

What is the xNudge feature?

xNudge is a unique in-house trademark mechanic developed by online slot developer Nolimit City. This feature will see a nudging wild introduced to the reels that nudges the reels, in doing so it also kick-starts an increasing multiplier leading to some big wins! This mechanic can be found on popular Nolimit City slots such as Deadwood and Tombstone.