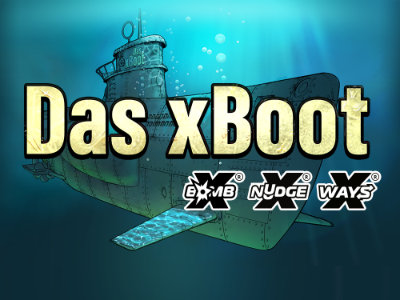 Journey back in time to the intensity of World War II as you find yourself in a U-boat searching the sea for enemies. Along the way, you'll hunt for the lost gold in Nolimit City's Das xBoot.

Throughout this voyage, you'll notice a variety of x-mechanics to help your gameplay along with two different free spins options. Search for the gold and you might be sailing in your own boat in no time!

Jump straight into the action and play Das xBoot now at the following fully licenced UK slot sites. These slot sites have been thoroughly audited and reviewed by the team here at Slot Gods to ensure they offer an exceptional user experience, are trustworthy, safe, secure, and boast the best selection of online slots in their portfolio including Das xBoot...

Like most Nolimit City slots, Das xBoot comes chocked full of features to keep you entertained. It all starts with the xNudge wild which can only land on reels 3 and 4 except during the Silent Hunter Spins where it only lands on reel 4. When this appears, it nudges the reel to become fully visible showing that it's full of wilds with each nudge increasing the multiplier by 1.

Alongside the xNudge wild, you have the xWays symbol which lands on reels 2 and 5. This symbol can reveal regular symbols but it primarily expands the reels with the size of xWays ranging from 2 to 3 symbols. On top of this, if you land more than one of these symbols, then all the xWays symbols will reveal the same symbol.

The last x-feature is the xBomb wild multiplier which substitutes all symbols except the Bonus symbols. The xBomb wild explodes all symbols that are not part of a winning combination with the remaining symbols falling on the reels to fill up the reel. Each collapse increases the multiplier and this feature can be carried over to the free spin modes.

In this slot, the bonus symbol is highlighted by a green radar which lands on reels 2 to 5. If you land 3 of these in the main game, then you'll trigger 8 Silent Hunter Spins. During the Silent Hunter Spins, reel 3 grows 8 positions and a new periscope wild can land on this reel. If you land a win with reel 3, a torpedo launch is initiated. Lucky players that manage to hit the target will get the periscope wild increases and nudges down to activate the multiplier.

When the torpedo hits a target, then the multiplier increases and remains sticky throughout the round. However, if the target is missed, then the wild is treated as a normal wild. Similarly, the xBomb symbol can increase the multiplier by landing on the reels. Like most online slots, if you land additional bonus symbols, then you'll be awarded 2 additional spins.

For those of you that manage to land 4 bonus symbols, you'll actually trigger 8 Wolf Pack Spins. A torpedo tube appears under reels 2 to 5 with torpedo wilds now landing on these reels to substitute all symbols except the bonus symbols. Reel 2 and 5, the torpedo wild drop an xWays symbol which becomes activated once the torpedo is filled. 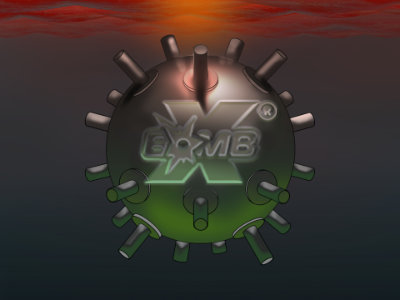 There are 3 different x-features in this slot that are quintessentially Nolimit City. This includes the xNudge, xWays and the xBomb wild which all have individual mechanics that enhance your gameplay. 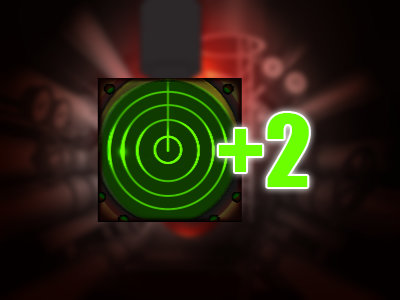 You can find two different free spin options that are triggered by landing 3 or more bonus symbols. These include the Silent Hunter Spins and the Wolf Pack Spins which include expanding the reels and sticky multipliers.

Inspired by the World War II war film, Das Boot, by Wolfgang Petersen, Das xBoot sees a crew of German soldiers search for gold on a U-boat whilst trying to evade enemies. Developed by the creative giants at Nolimit City, this action slot plays on 6-reels with 576 ways to win that increases to 75,712 during the free spin bonus rounds.

Throughout this U-boat adventure, you'll find Nolimit City's trademark x-features which include the xNudge, xWays and the xBomb wild along with two different free spin rounds. If you want a slot inspired by German U-boats from World War II, then this is definitely the slot for you.

As you load up the slot, you'll instantly notice the comic-book style of art in the slot which works perfectly to dilute a semi-sensitive topic such as World War II. The focus of the slot is the U-boat in the ground with various bubbles and light reflections moving across the screen to highlight that you are underwater.

When you spin the reels, you'll notice that they turn see-through the see inside of the U-boat to add an extra level of detail to the slot. In terms of the symbols, they are all various soldiers manning their stations combined with typical playing card symbols stylised in camouflage. It should be noticed that the UI around the slot is inspired by the U-boat with various pipes and lights that are activated during bonuses which is a nice little attention to detail.

The music is exactly what you'd expect with a heavy drum beat mixed with violins to create something suspenseful and full of fear. Throughout spins, you'll notice various metallic noises from the U-boat along with radars and other ambient noises that fit in well with the slot theme.

In true Nolimit City fashion, the spin button and autospin are just to the right of the reels. To the left, you'll find bet level, sound settings and other additional information that you may need throughout this slot.

Sadly, this slot falls into the low RTP trope that Nolimit City always seems to have as it's a ridiculous 94.02%! This combined with the high volatility level means that you can expect less frequent wins but when wins do arrive, they should be pretty decent.

In terms of the maximum win, you can expect wins reaching up to 55,200x your stake which is incredible especially considering you can bet up to 100.00. However, huge wins are only really available through the free spin options that expand the ways to win and have sticky multipliers, but we found that it took over 300 spins to trigger one of these bonuses throughout our playthrough so keep this in mind.

Nolimit City are one of the most unique developers out there with their creative slots that are just so original. They may not always be a hit, but they are always trying something new and trying to shake up the iGaming industry. Das xBoot looks befitting for a war slot with sinister ambient music along with a variety of features, but it can get a little too confusing which is an issue for new slot players.

Similarly, the RTP is lower than we'd like and we didn't trigger the feature as much as we expected - but that doesn't make this a bad game by any chance. It's actually refreshing but perfect for seasoned slot players who know what they are doing and are familiar with all the different features. If this sounds like you (or if you really want to check out this bizarre war slot), then we highly recommend you checking out Das xBoot.

Play Das xBoot now at the following verified UK slots sites. These slot sites are fully licenced and have been thoroughly vetted and reviewed by us to ensure they offer a great user experience, are trustworthy, secure, and have a wide variety of the best online slots in their lobbies including Das xBoot:-

Enjoyed Das xBoot? Here's a handful of similar slots we think you'll like too. These online slots have been chosen based on features and themes similar to Das xBoot. You might also want to check out other Nolimit City slots.