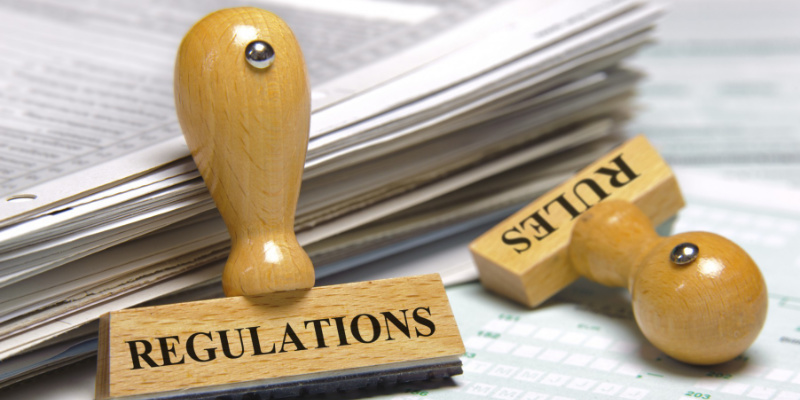 All online slot enthusiasts should be well aware that any good slot site worth playing at should first hold a license from a known regulator that legitimises them as a respectable and trusted place to gamble.

When it comes to looking for a new trustworthy slot site, there's quite simply nothing more important than making sure that you're always safe and secure first and foremost. What's more, in the event of any unfortunate circumstances you'll want to ensure you're protected, which is the ultimate aim of the regulator, it is their mission to make sure that casinos are acting fairly and socially responsible at all times.

Why do slot sites need to be regulated?

Ultimately slot sites need to be regulated by an external body so that they can be held to account, otherwise online gambling would be an incredibly foolish and dangerous endeavour.

Nobody wants to put their money on the line with no actual assurances that they'll actually receive anything back if they're lucky enough to win... This is why we here at Slot Gods stand firmly against the promotion and usage of unregulated slot sites due to the danger they pose to players.

Unregulated slot sites should not be trusted for a number of reasons such as predatory terms and conditions that see players out of pocket, potential security flaws, a lack of customer support and even rigged games.

Without a regulator to monitor what the casino is doing on a day-to-day basis, and hold them responsible for any issues then it's not worth entertaining the idea of betting with them.

That all being said, there are a number of regulators out there, some more reputable than others, but they all work towards the same goals... To make sure that no unfair and unsafe practices are taking place.

Trusted regulators such as the UK Gambling Commission and the Malta Gaming Authority go out of their way to ensure that slot sites have adequate anti-money laundering safeguards, strong self-exclusion schemes, high technical standards regarding their casino software and that they're promoting safe and responsible gambling.

In some cases, regulators also require slot sites to make voluntary financial contributions towards research, education and treatment of problem gambling to make sure that they're attempting to reverse and minimise any harmful damage they may have inadvertently caused.

We're not being at all dramatic when we say there are far too many online casino regulators out there to actually list them all, as most countries that allow online gambling in some form or another have their own regulatory bodies that oversee the rules and regulations surrounding them.

Usually, most slot sites will be licensed (approved by) one of the big three regulators the UK Gambling Commission, Malta Gaming Authority or the Gibraltar Betting and Gaming Association, however, in order to operate legally in certain countries these sites also require a license from their regulator (or government if there's no regulator in place), for example, sites that want to operate in Sweden must acquire a license from the Sweden Gambling Authority Spelinspektionen.

That being said, many players still do make the decision to register and play at online casinos that are not regulated in their own country.

As mentioned, there are numerous regulatory bodies all over the world that license and regulate many different aspects of gambling, whether that be iGaming, land-based casinos or lotteries... It all boils down to the country and their attitude towards gambling as a whole.

Below you'll find a definitive list of some of the most prominent online casino regulators from around the globe, there may be some we've not included, but you should recognise these organisations.

The UK Gambling Commission (UKGC) is the most respected and trusted gambling regulatory body in the world. The body is responsible for regulating all commercial gambling within the United Kingdom, one of the biggest and most lucrative gambling markets.

Having a license from the UKGC means that any overseas operator can gain access to millions of new UK players with a keen appetite for gambling. In order to obtain a remote operating license, the operator must first meet incredibly strict criteria and pay numerous fees.

Also considered trustworthy (in part down to the fact that many operators are already based in Malta) the Malta Gaming Authority is considered a strong alternative to holding a UKGC license.

Operators must still go through strict procedures and pay fees in order to obtain one of these licenses. It's estimated that much as 12% of the countries GDP comes from online gambling, contributing over €1.5 billion to the economy yearly.

A Gibraltar Gambling License is another highly reputable license operators can obtain. Referred to as the Virtual Las Vegas as 12% of its 30,000 residents are employed within the iGaming industry.

Such is their success in the sector that during the 2008 financial crisis Gibraltar's economy actually grew in part thanks to the iGaming industry.

Alderney is an island just three miles across with a population of 2,000, yet is still quite a big player in the world of iGaming regulation. There are currently around 2000 iGaming sites, owned by around 350 companies operating under an Alderney license.

The Isle of Man Gaming Commission

The Isle of Man Gaming Commission is a reputable regulator that operators can rely on for a license, however, there are a lot of caveats to actually getting a license. The site must establish a Manx company and have at least 2 local people living on the island as directors. If operators can get around this they can enjoy the benefit of having to pay no corporate income tax.

Curaçao eGaming is a regulator that has been offering slot sites licenses since 1996 and is known for being somewhat more relaxed in its approach to who it chooses to award a license to.

As a result of their lax attitude many new casinos will opt to obtain a license with them, however, this also means that a lot of rogue operators go through them. More often than not it's recommended that players avoid casinos with just a Curaçao license.

Despite being not particularly well known as an iGaming regulator in comparison to the aforementioned bodies, the Antigua & Barbuda Directorate of Offshore Gaming were the first jurisdiction to open up in 1994. This regulator is on the UK Gambling Commission white list, however, casinos licensed by them are still viewed with some degree of caution.

Veikkaus is a government-owned betting agency that oversees all gambling activity in Finland. All of the profits made by Veikkaus filter down and are distributed to the Ministry of Education and Culture, Social Affairs and Health and Agriculture and Forestry. It's well documented that a large percentage of Finns would back abolishing Veikkaus' gambling monopoly.

Spelinspektionen is the Swedish gambling authority that regulates the gambling market in Sweden. They're in place to ensure that the market is legal, secure and reliable. They monitor the interests of consumers and contribute to reducing the risks of the social harm caused by gambling.

If a slot site has a license from Spelinspektionen then they can operate within Sweden, but nowhere else unless they have the relevant licenses.

Established in 1977 the New Jersey Division of Gaming Enforcement is the governmental agency that oversees the online casino gaming industry, sports wagering and horse racing within the State. New Jersey's gambling laws are some of the least restrictive in the United States and allow for multiple services including iGaming.

The Costa Rica Regulatory Organisation is a governmental body that offers casino operators and software providers from around the world the opportunity to gain a license.

The nation is viewed as having quite a relaxed attitude towards rules and regulations and is favoured by operators for having a progressive legislative system, political stability and a strong financial services industry.

The Kahnawake Gaming Commission was first established in 1996 to ensure the conduct of operators within the Kahnawake Mohawk Territory of Quebec, Canada.

Today this governing body regulates land-based casinos and iGaming sites. The future of the commission is in doubt though as the Quebec government are looking to block slot sites operating out of the Kahnawake territory.