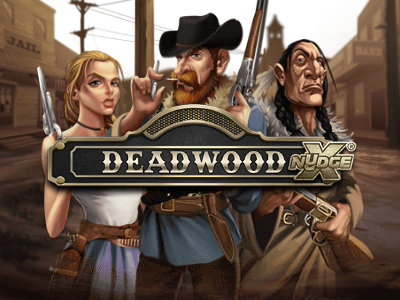 The roughest gunslingers are back in town, so it's up to the bounty hunters to ensure justice in Deadwood. Developed by Nolimit City, Deadwood is a 5-reel slot with 576 ways to win.

Ultimately, the slot uses xNudge, Shoot Out, Hunter Spins and Gunslinger Spins to help you gain wins of up to 13,950x your stake.

“ This is definitely a slot that isn't dead on arrival ”

Jump straight into the action and play Deadwood now at the following fully licenced UK slot sites. These slot sites have been thoroughly audited and reviewed by the team here at Slot Gods to ensure they offer an exceptional user experience, are trustworthy, safe, secure, and boast the best selection of online slots in their portfolio including Deadwood...

The fun in Deadwood starts with the xNudge Hunter Wild! Reels 2 to 4 can contain 4-row Wilds that always nudge to be fully visible on the reels. Each of the nudges will increase the Wild multiplier by x1 with the chance for several wild multipliers to be added together for bigger wins.

If you manage to land Sheriff Badge symbols on reels 1 and 5 in the main game, award the Shoot-Out feature. All of the low win symbols on the centre 3 reels will act as wilds.

Landing 3 or more scatters, then you can win one of the two free spins rounds. You can either get 8 Gunslinger Spins or 8 Hunter Spins. Now, the Gunslinger Spins give the Hunter Wilds a chance to give you unlimited win multipliers that stick for the entire feature.

During the Hunter Spins, at least 1 wild is guaranteed each spin. Similarly, the Sheriff Badge landing on reels 1 and 5 will award extra spins and upgrade the feature to Shoot Out Hunter Free Spins.

The Shoot Out Free Spins awards 10 free spins with players triggering either the Shoot Out Hunter Free Spins or the Shoot Out Gunslinger Spins. The Sheriff Badge is locked in place and triggers the Shoot-Out feature on every spin will low symbols acting as wilds on the middle reels. 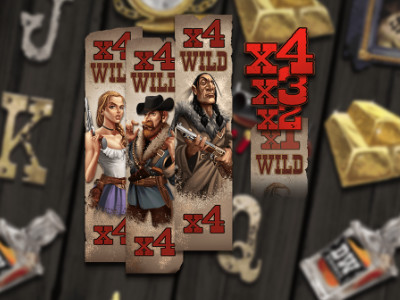 Reels 2 to 4 can contain 4-row wilds that nudge on the reels and have an increasing multiplier with each nudge. Multiplier wilds can be added together for even greater wins. 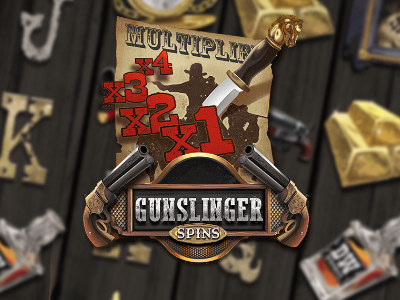 If you land 3 or more scatters, then you can win one of the two free spins rounds with 8 spins. These include the Gunslinger Spins and Hunter Spins which have individual bonuses in place. 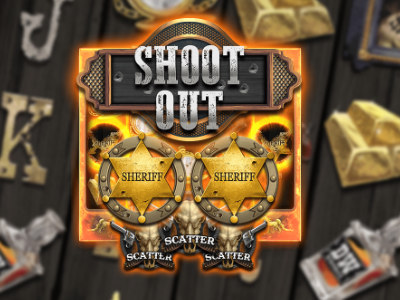 Landing 2 Sheriff Badge symbols with 3 scatters will trigger this round giving players two different options. 10 free spins are given out with the Sheriff Badge locking in place to trigger the Shoot-Out feature.

There are no laws in the Wild West, and it's up to the citizens to take justice into their own hands. After a notorious group of gunslingers come into town, it's up to the bounty hunters of Deadwood to restore order. Developed by Nolimit City, Deadwood is a Wild West slot that plays on 5-reels with 576 ways to win.

Throughout the slot, you'll get the chance to trigger one of the two Gunslinger Spins and one of the two Shoot Out Free Spins for the biggest bonuses. Naturally, this slot contains Nolimit City's xNudge feature which increases multipliers with each nudge. Ultimately, you can win up to 13,950x your stake if you manage to survive the gunslingers.

In terms of design, the backdrop of Deadwood with various old West buildings such as Saloons in the distance. There is a slight animation in the sky to simulate clouds coming and if there is a storm coming, but that's about it. It has a full Wild West feeling and you know instantly what sort of slot you are in for.

Naturally, the symbols contain various items you'd expect to find such as old pocket watches and whisky bottles to give you the full feeling of the West. Amazingly, after spins, you can shoot reels and bullets appear on screen with a cool attention to detail.

As for the music, there is a soft score that you'd expect in a Western film with banjo sounds mixed with a harmonica to create something suspenseful. Thankfully, it's not too much and it's subtle enough that you won't feel the need to mute it.

Deadwood contains gameplay you'd expect with online slots with the addition of the xNudge mechanic from Nolimit City. Of course, this isn't too complicated and easy to pick up. In terms of menus, you can find the spin and autospin buttons to the right of the reels with other menus being selectable to the left side.

Sadly, the RTP is at a mediocre 94.15% which is way below the average standard. Alongside the high volatility level, you can expect less frequent returns but they'll be higher than usual when they do. In terms of maximum payout, you can win up to 13,950x your stake on this slot through the multipliers and features.

Overall, Deadwood is an engaging slot with loads of features to make the gameplay thoroughly engaging. Of course, the design is clean enough that you know exactly what you are getting in for and the win potential is pretty decent for an online slot (bar the RTP level).

For those of you who love the Wild West genre, then this is one to check out as the features are innovative enough for decent gameplay. However, if you want something with a bigger payout, then definitely check out Dead or Alive II.

Play Deadwood now at the following verified UK slots sites. These slot sites are fully licenced and have been thoroughly vetted and reviewed by us to ensure they offer a great user experience, are trustworthy, secure, and have a wide variety of the best online slots in their lobbies including Deadwood:-

Enjoyed Deadwood? Here's a handful of similar slots we think you'll like too. These online slots have been chosen based on features and themes similar to Deadwood. You might also want to check out other Nolimit City slots.