Dead or Alive 2 is arguably the greatest Wild West themed online slot of all time! NetEnt have taken everything that made the original Dead or Alive slot so popular and have injected it with double the fun!

All wins are multiplied by 2 and players can trigger bonuses such as sticky wilds, multipliers and free spins. What's more, the maximum win in this quality online slot is an incredible 111,111x your stake!

Jump straight into the action and play Dead or Alive 2 now at the following fully licenced UK slot sites. These slot sites have been thoroughly audited and reviewed by the team here at Slot Gods to ensure they offer an exceptional user experience, are trustworthy, safe, secure, and boast the best selection of online slots in their portfolio including Dead or Alive 2...

Dead or Alive 2 is beloved thanks to its wide-range of bonus rounds that players can choose from once they’ve landed three scatter symbols during the base game… Each bonus round offers players 12 free spins, each coming with a different caveat. 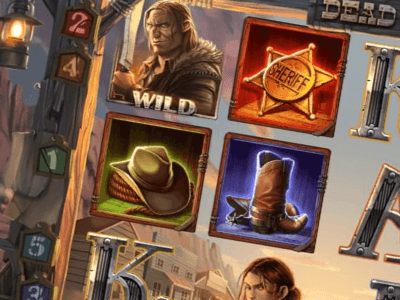 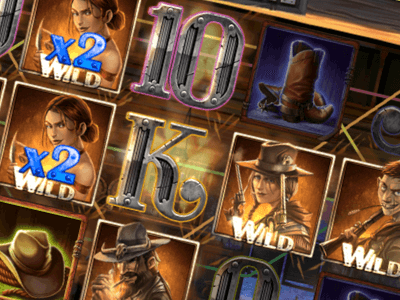 Players will receive 12 free spins during the Old Saloon Free Spins bonus round, however, all wins are multiplied by 2. If players land one or more wilds during this round they’ll stick to the reels and each one will activate 5 additional free spins. 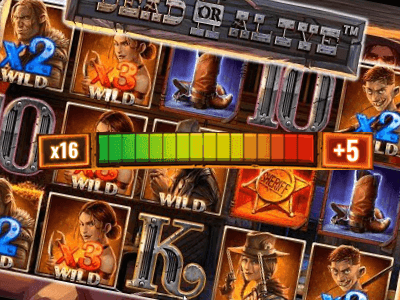 One of the most highly anticipated online slots of all time Dead or Alive 2 is a true classic from legendary developers NetEnt. There’s not many games out there that can boast such popularity, but this one certainly does… This feature-filled Western slot is most notable for its High Noon Saloon feature that gives players the opportunity to win a whooping 111,111x their initial stake.

There’s a distinct feeling of tension in the air as soon as you load up this epic Western slot. The game’s five reels are set upon what looks like an old set of gallows used to hang the most treacherous of villains. Broken rope, old bottles and a lantern swing menacingly from the beam.

Behind the reels is a long dusty street cutting through the centre of town, where no doubt many gunslingers have faced off against each other in legendary duels.

In terms of sounds, a slow, menacing guitar tune plays in the background whilst gunshots bellow whenever a winning combination is formed on the reels. The tunes do change up during the bonus rounds, but for the most part you’re going to be feeling the heat as the music transports you to right into the heart of the American frontier.

In terms of symbols, you’ll find quite a few! The low paying ones are your traditional 10, J, Q, K, A whilst the high paying symbols are bottles, boots, a cowboy hat, gun and Sheriff’s badge.

Scatter symbols are skulls with crossing revolvers adorned on them whilst wilds are a one of five different unscrupulous characters that wouldn’t look out of place locked up in the town jail.

This is one of the stranger games we’ve played when it comes to betting levels. Players can bet between 0.09 and £3.60 (which equates to 18 coins in game).

There are a number of buttons players can select along the bottom of the screen that allow players to change the game to their liking, so they can get rid of the intro screen, use spacebar to spin and set up auto spins.

If you’re a new player you might find the interface a little clunky and unfriendly, but anyone that’s been around the block with online slots should be able to get a feel for the game right away.

Despite being a highly volatile slot, Dead or Alive 2 is very generous in terms of their payout and has to be considered one of the best out there… The game is filled with innovative bonus games that make for very exciting and lucrative gameplay.

Players can land a huge 2,500x their initial stake if they can land 5 scatter symbols on one spin.

The High Noon Free Spins bonus round gives players the opportunity to register 111,111x their initial stake, which we must say is absolutely incredible considering it’s not a jackpot slot.

There’s no doubt about it, Dead or Alive 2 is an instant classic. NetEnt had big boots to fill when they announced they would be making a much-anticipated sequel to Dead or Alive, and they’ve absolutely done the job they set out to.

Play Dead or Alive 2 now at the following verified UK slots sites. These slot sites are fully licenced and have been thoroughly vetted and reviewed by us to ensure they offer a great user experience, are trustworthy, secure, and have a wide variety of the best online slots in their lobbies including Dead or Alive 2:-

Enjoyed Dead or Alive 2? Here's a handful of similar slots we think you'll like too. These online slots have been chosen based on features and themes similar to Dead or Alive 2. You might also want to check out other NetEnt slots.