Dead or Alive is a truly iconic 5-reel, 9 payline Wild West themed online slot developed by NetEnt. This 2009 cult classic is beloved by online slot enthusiasts around the world for its impressive win potential, sticky wilds and hugely lucrative free spins bonus that can see players win up to a total of 29 free spins with all wins doubled.

The bonus features in Dead or Alive aren't particularly mindblowing, but that doesn't mean they're not at all generous! Firstly, we have your standard wild symbols that can land on the reels at any time. Secondly, we have the free spins bonus round that can be triggered when players land 3 or more scatter symbols. During this feature, all wild symbols turn sticky and the wins at the end of the bonus round are doubled. 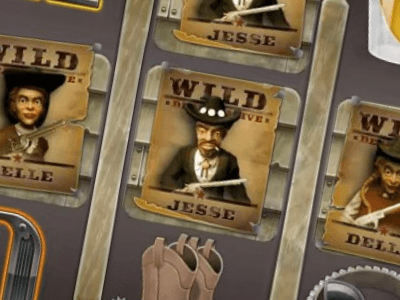 Dead or Alive features wild symbols that substitute for all other symbols except for scatters. Sticky Wilds also come into play during the free spin bonus game that stick to the reels. 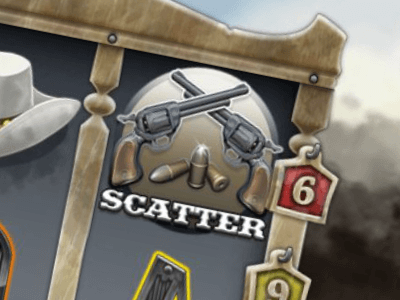 When players land 3 or more scatter symbols on the reels they'll receive 12 free spins. All wins at the end of the free spins bonus round are doubled.

There's no doubting it, Dead or Alive is a true classic amongst online slot enthusiasts, this epic 5-reel, 9 payline Wild West-themed slot developed by NetEnt became a cult classic from the moment it was released way back in 2009.

Punters have always flocked to play this game for one reason, it's winning potential, whilst winning 12,000x your initial stake isn't anything huge in this day and age (especially compared to the game's successor Dead or Alive 2). That said, this game still has a hell of a lot to offer in terms of maximum wins, even years on from its release.

Of course. having sticky wilds and a lucrative free spins bonus feature that can see players win up to 29 free spins with all wins doubled has always helped considerably when it comes to drawing players in.

NetEnt was truly ahead of its time in 2009 when they designed Dead or Alive. This slot perfectly encapsulates the menacing Wild West. The reels are set upon what looks to be a set of fenceposts you might see outside any traditional wooden building in the American frontier.

Behind the reels are vast, dusty plains with a handful of interactive elements on show. An old lantern swings as the wind picks up, an old windmill spins on occasion and a flash of lightning and thunder occasionally hits.

In terms of symbols, low paying ones are your standard royal deck, 10, J, Q, K & A whilst high paying symbols are a glass of whiskey, cowboy boots, a cowboy hat, a gun on a holster and a Sherriff's badge. The game's wild symbol is a wanted poster and the scatter symbol is two crossed guns and a pile of bullets.

Apart from some ambient noise in the background, this slot is pretty disappointing in that department, that said we have to remember that this game was released over a decade ago, so we can't be too harsh at all.

This 5-reel, 9 payline slot is as simple as they come. Players can change their coin value and bet level on the left-hand side of the action bar at the bottom of the screen. In the centre, players can set a maximum of 1000 autoplay spins, spin the reels and play the max bet.

As mentioned earlier in the review, the reason Dead or Alive was so popular with online slot fans is because of its win potential. This medium volatility slot has an above-average return to play of 96.82% and has a maximum win potential of 12,000x the player's initial stake, which was quite frankly huge when this slot was released back in 2009.

Throw in the game's free spin bonus round that has sticky wilds and sees ALL wins doubled, then we have to put this slot towards the top end of the pile. If you're after a classic no-thrills online slot then we'd highly recommend Dead or Alive.

This game doesn't mess about one bit, it might be a tiny bit light in the way of bonus features, but what can we expect from a slot that's more than a decade old? Dead or Alive 2 looks, sounds and plays fantastically and has great winning potential, this slot will fill your coffers with coins rather than leaving you skint (Eastwood)!

Play Dead or Alive now at the following verified online slot sites. These slot sites have been thoroughly audited and reviewed by us to ensure they offer an exceptional user experience, are trustworthy, safe, secure, and boast the best variation of online slots in their portfolio including Dead or Alive:-

Enjoyed Dead or Alive? Here's a handful of similar slots we think you'll like too. These online slots have been chosen based on features and themes similar to Dead or Alive. You might also want to check out other NetEnt slots.