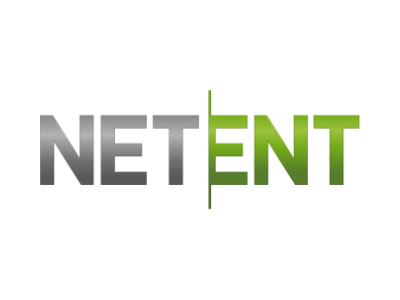 NetEnt are world leaders when it comes to creating the biggest and best online slots. The iconic Swedish company are responsible for some of the most famous and iconic online slot games of all time such as Gonzo's Quest, Dead or Alive and Starburst.

If you're looking to play some of the best NetEnt slots then look no further. We've personally spent months playing all of the titles NetEnt has to offer, digging deep into every aspect of what makes these games great.

All of the games shown below are ones we consider worthy of being called the very best NetEnt online slots.

Searching for new NetEnt online slots? We understand the importance of variety when it comes to playing at your favourite online casinos, and that's why it's vital to keep on top of each and every new slot release.

We're proud to bring you a comprehensive list of new NetEnt online slots that have been thoroughly playtested and reviewed. We can confidently confirm these slots are safe, reliable and most importantly, enjoyable to play.

Below you'll find a complete list of NetEnt online slots in alphabetical order. Click on a slot to find out more about it and play for free.

If there's one thing NetEnt knows, it's how to create a long-lasting, memorable online slot series. Below you'll find a selection of popular NetEnt slot series such as Dead or Alive, Gonzo's Quest and Reel Rush, just to name a few!

Stay up-to-date with what's coming soon from NetEnt! We've managed to get exclusive early access to some of NetEnt's best new upcoming slots and are sharing them with you right here.

Are you looking for the best slot sites to play NetEnt slots? The expert team here at Slot Gods have scoured the internet to find a collection of online casinos that are more than worthy of your patronage.

Not only will you find all of the NetEnt titles here, but you'll also have a great time playing them with the assurance that your funds and winnings are safe and secure.

The industry giant was founded in 1996 by Swede, Pountus Lindwall, a man whose father was synonymous with the casino landscape before him, having created Scandanavian casino brand Cherry that rose to great success in the 1970s and 80s, and are still going strong today.

After experimenting with casino software early on, NetEnt opted to release their own online casino during the first widespread mainstream boom of the internet in 2002.

In 2005, the same year they received a Malta Gaming license, NetEnt opted to close their casino and turn their focus back to providing casino software to operators in licensed jurisdictions, mainly focusing on providing them with their bespoke casino module.

Such was the early success of the module, it was quickly voted amongst the top 20 in the world, and has since grown from strength to strength. If you wanted proof of just how successful NetEnt have become, they’ve won multiple awards every single year for the past decade.

Whilst NetEnt has produced hundreds of classic casino games ranging from blackjack, roulette, craps, baccarat (and even a number of popular live casino table games), the company’s real strength lies in their incredibly diverse and hugely successful online slots portfolio.

NetEnt slots are known for their incredible quality and attention to detail, if you’re playing an online slot developed by NetEnt then you can be 100% sure that it’s well worth playing.

There aren’t many slot developers out there that could be trusted with handling the intellectual property of huge mainstream brands, but NetEnt are one of the notable exceptions.

Over the years NetEnt has developed online slots themed around famous musicians such as Guns n’ Roses, Motörhead, Jimi Hendrix and Ozzy Osbourne. Hollywood has also given NetEnt their seal of approval, allowing the industry giants to create games based on movies and TV shows such as Planet of the Apes, Jumanji, Narcos and Scarface.

Acquisitions and mergers - The future of NetEnt

In 2019 NetEnt made a huge splash in the iGaming world by acquiring fledgeling slot game developers Red Tiger Gaming for £200 million. The acquisition was seen as a real statement of intent from NetEnt who vowed to use the acquisition as a way to grow exponentially and continue their dominance within the online casino sector.

Just as NetEnt looked to be comfortably settling into place at the top of the tree the online casino world was once again rocked, this time with the news that Live Casino giants Evolution had tabled a staggering €1.9 billion offer for NetEnt, one that was accepted and will see both companies merge to create the most powerful iGaming company the industry has ever seen.