NetEnt are back, this time with a video slot reworking of a 16-bit arcade classic from Japanese video game developer, Capcom™. Familiar faces of the old step into the ring once more for an anarchic mashup of gaming genres. Ryu, Chunli, Blanka and E. Honda (to name but a few) are poised in pixelated perfection, and they mean business.

“ Showing exactly how to make a masterpiece video game adaptation ”

Jump straight into the action and play Street Fighter II: The World Warrior Slot now at the following fully licenced UK slot sites. These slot sites have been thoroughly audited and reviewed by the team here at Slot Gods to ensure they offer an exceptional user experience, are trustworthy, safe, secure, and boast the best selection of online slots in their portfolio including Street Fighter II: The World Warrior Slot...

With a base game that’s almost a feature in itself, what else does Street Fighter II: The World Warrior Slot have to offer? Thankfully, and true to NetEnt form, quite a lot.

First and foremost, gameplay kicks off with a pick of one of eight characters from the original each with their own, unique powers once the meter bar is full:

No prizes for guessing what happens in this bonus feature. Once your selected player’s health bar fully depletes, instead of the dreaded GAME OVER screen, in Street Fighter II: The World Warrior Slot, you enter a bonus game. Nice. Frantically bash your P (punch) and K (kick) keys while manoeuvring your street fighter with arrows keys at said vehicle. Not only incredibly satisfying - you also take down coins for the car’s damage points.

What arcade game would be complete without an end of level overlord to take down? Well, definitely not Street Fighter II: The World Warrior Slot. Chuck in some Free Spins and this sounds like a good time. Win the base game face-off (by emptying your opponent’s health bar, top left above grid) and your character will be invited to Beat the Boss. With 4 bosses to take down and no fixed amount of Free Spins, the Free Spins round is an unpredictable beast, but also big-time fun.

An extra feature to keep your gameplay on its toes is the wild meter found in the base game. Positioned above your character, fulfil the meter’s 7 pips when your character sustains damage as corresponding character symbols on the grid fill your meter one-by-one. Once the meter is filled, your character performs their unique special move. There really is nothing quite like watching Blanka performing his mains-charged signature move, Electric Thunder. Epic. 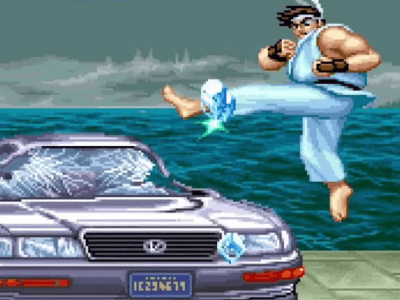 Players must bash the P and K keys whilst moving their fighter left and right towards a car to smash it up, a satisfying activity that mirrors the bonus game from the original game. 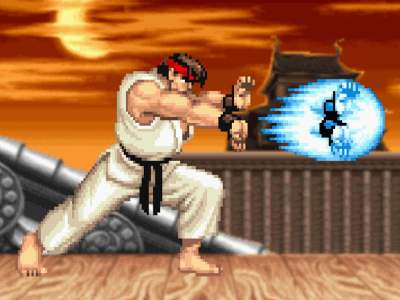 Players must select 1 of 8 characters on the Player Select screen and then take on a boss. When players beat the boss they receive free spins with a higher multiplier, beating each boss moves you onto a higher level. 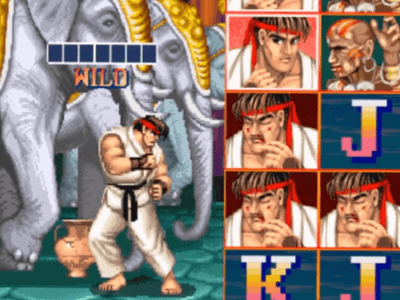 Each character has their own lucrative wild combo feature that is activated when their Wild Guage is filled. The gauge is filled by 1 for every win you get with a high-value symbol.

One of the most anticipated branded slots of recent years, Street Fighter II: The World Warrior Slot is a massively popular choice for both arcade nerds and slot players. The 5x5 grid slot cleverly incorporates the arcade combat mechanic into the base game, making for a truly original spin on slots.

By 1994 over 25 million people had already played Street Fighter II: The World Warrior. Today, the spotty kids that once played hooky from school to bash buttons are a sizeable demographic chunk that now has a disposable income - and they’re loving Street Fighter II: The World Warrior Slot. A walk down video game memory lane with a chance to take down cash wins? I’m in.

Talk about a blast from the gaming past. The sound design and characters are lifted directly from the original, resplendent in all their retro arcade game glory. Audio is often - and mistakenly - overlooked when it comes to slot design. The gaming gurus down at NetEnt wouldn’t make such a slip with Street Fighter II: The World Warrior Slot. Here, the vintage soundboard transports you back to 1991 with all the crunchy soundbites fully loaded and competing for phonographic dominance.

The blocky 16-bit visuals render adorably here, recalling a simpler time when no one had a smartphone and these were the absolute ultimate in video game graphics packages. If you’re looking for high-def slot visuals, move along.

The game is set out like most standard NetEnt slots, the action bar along the bottom is home to everything players will need. On the far left-hand side of the screen is a hamburger menu that opens up game settings, next to that is the info button and the stake button.

Players can place a minimum bet of 0.20 to a-bigger-than-Blanka maximum of 100 (however this may vary from site to site), there’s genuinely a good range of bet sizes to suit every budget.

Players can set autospins (to a maximum of 1000) by selecting the button to the left of the play button. The one to the right of play changes the speed of each and every spin.

Street Fighter II: The World Warrior Slot is a highly volatile slot with a fairly average RTP of 96.06%. The maximum win potential of this slot sits at 7,142x the players initial stake. Whilst fine, this isn't particularly spectacular. Nevertheless, it's still worth a spin.

An icon of game genius, Street Fighter II: The World Warrior Slot is hands down the most fun I’ve ever had while playing a video slot. It’s a genre-busting modern classic and NetEnt should be regaled, messiah-like for creating a game with as much fight in it as the characters themselves.

Street Fighter II is not just a game. Synonymous with underground video game culture, it’s a game that transcended the arcade halls and touched aspects of pop culture, from rap music to movies to UK grime. A part of our cultural heritage, it’s a delight to see Street Fighter II: The World Warrior Slot attract both players of the original arcade and new recruits alike.

Street Fighter II: The World Warrior Slot is a slot that dares to be different. Here’s a game that has as much punch as Ryu’s Rising Dragon Fist, and is just as fast. Ready player one?