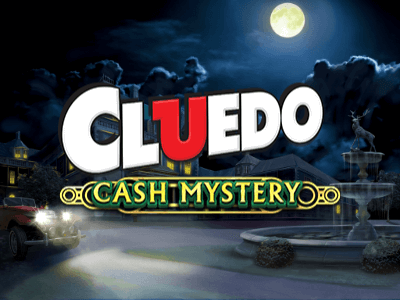 Uncover the mystery of who is the murder whilst trying to discover the secrets of the mansion. Along the way, you should be able to find hidden treasure and remain victorious.

Unbelievably, there are 17 different scatters in this slot and each one affects the free spins round. You could gain modifiers, multipliers and up to 25 free spins!

“ Absolutely phenomenal with 17 different scatters to change up your free spins! ”

Jump straight into the action and play Cluedo Cash Mystery now at the following fully licenced UK slot sites. These slot sites have been thoroughly audited and reviewed by the team here at Slot Gods to ensure they offer an exceptional user experience, are trustworthy, safe, secure, and boast the best selection of online slots in their portfolio including Cluedo Cash Mystery...

Amazingly, there are 17 different scatter symbols in Cluedo Cash Mystery. The weapon scatters appear in reel 1 and there are 5 different ones. They determine the multiplier that will affect the free spins.

The other type of scatters includes the rooms and there are 6 different types. These scatters determine the number of free spins awarded to the players.

Don’t think that free spins end there, the characters each determine what the free spins modifier will be. There are 6 different scatters with their individual modifiers. 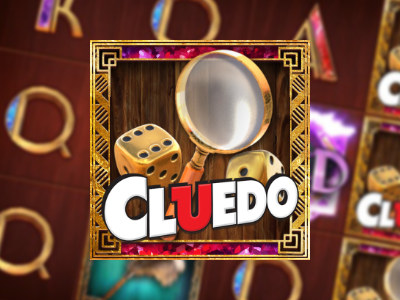 17 different scatter symbols of 3 different types! These only appear in the base game on reels 1, 3 and 5 with landing 3 of them leading to a free spins round. 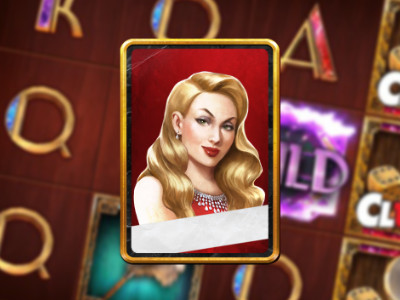 Landing 3 scatters will activate the free spins feature with the rooms determining how many free spins you could actually get. You could win up to 25 free spins if you manage to land the library symbol. 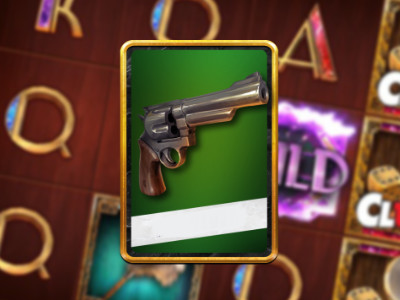 Now the weapon scatters determine what sort of multiplier you will get throughout your playthrough. You can win between 2x to 6x multipliers!

Based on the murder mystery board game, Cluedo Cash Mystery is all about solving the murder and uncovering the hidden treasure. It was originally designed by Anthony E. Pratt and manufactured by Waddingtons in the UK in 1949, but is currently owned and published by the American game company Hasbro.

Developed by WMS, this slot plays on 5-reels with 20 paylines and has an RTP at 96.5%. The aim of this slot is land 3 scatter symbols which will determine your free spins playthrough. There are 17 scatters in general for players to spin which each playthrough being completely different. So put on your detective hat and unlock the mystery of Cluedo Cash Mystery.

Picture an extravagant mansion, and that’s exactly what you get in Cluedo Cash Mystery in the background. The mansion is in the background with posh cars and décor surrounding the reels. There is an animated fog effect over it and most of the objects in the world are animated. It looks and feels like it’s straight out of a murder mystery film.

Each character gets their own animation and voice when you land them on the reels. Similarly, the weapons and the rooms animate to make the slot feel even more alive. It shows an incredible amount of detail and is immediately impressive. The symbols on the reels look straight out of the board game with scatters being triggered by finding the right combination of characters, weapon and room.

Mysterious music with bells, violins, pianos and other grand instruments plays to create something that’ll leave you in suspense. Impressively, it stays loud during spins but as soon as you stop spinning, it dies down in volume and intensity.

As you open up the reels, you’ll notice the big red spin button next to the reels. Underneath this you’ll find a bet level and general settings tool. The gameplay itself is straightforward with no complicated mechanics. Literally, anyone can pick up and play this slot.

Cluedo Cash Mystery not only wows with design and features, but also with the RTP level. It’s at a hugely respectable 96.5% and it goes well with the medium volatility level. The maximum win potential in this slot is a little lower than we’d want, which sadly lets down the slot.

You can win up to 1,250x your stake provided that you land the maximum multipliers and persistent wilds. The key to winning the maximum is to utilise the different scatter symbols.

From an initial glance, this slot is perfect. The design choice is outstanding as it looks and feels like you are playing an actual game of Cluedo. It’s impressive that they’ve managed to animate most of the slot and have a great soundtrack.

The free spins features are incredible, but sadly don’t provide huge wins. Unfortunately, the maximum payout is 1,250x your stake - which isn’t too impressive. For fans of gaming slots or mysteries in general, Cluedo Cash Mystery is definitely worth a playthrough. If you go in expecting a low payout, then you’ll be disappointed with the slot. Be sure to check out other Hasbro slots with Monopoly Megaways and Monopoly Big Spin.

Play Cluedo Cash Mystery now at the following verified UK slots sites. These slot sites are fully licenced and have been thoroughly vetted and reviewed by us to ensure they offer a great user experience, are trustworthy, secure, and have a wide variety of the best online slots in their lobbies including Cluedo Cash Mystery:-

Enjoyed Cluedo Cash Mystery? Here's a handful of similar slots we think you'll like too. These online slots have been chosen based on features and themes similar to Cluedo Cash Mystery. You might also want to check out other WMS slots.