Hasbro and Big Time Gaming have teamed up to bring us another take on the popular Monopoly slot, this time it's Megaways madness. This popular board game is taking the excitement to the reels once again with a blend of bonuses, featuring free spins, multipliers, cascading wins and a reel adventures game. 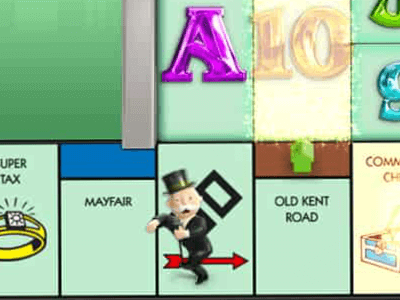 The Free Spins feature is triggered when you land 5 houses on a street.  You will get to play 8 free spins with the potential to increase if you hit more houses. During the free spins round more multipliers, properties and max megaways are in-play, boosting the win potential across the board. 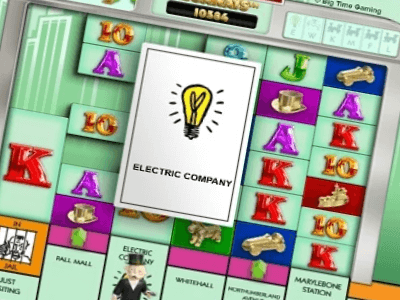 When Rich Uncle Pennybags lands on ‘Go’ the next win will feature the maximum Megaways win amount. If he lands on utilities or railway stations these positions stick for more extras. Basically, you want Mr Monopoly on those reels! 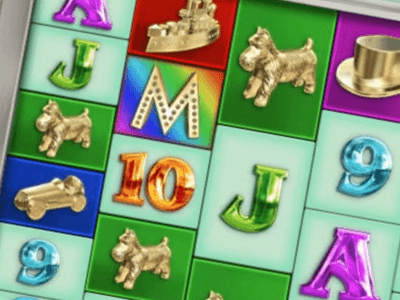 The unlimited win multiplier will remain active during the free spins round. Hitting this will further increase the free spin payouts with the potential to hit 14,700x your stake on each spin. 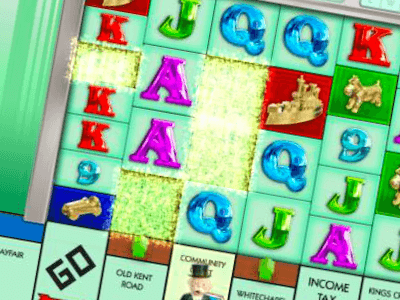 Triggering the cascading reels feature will increase the win opportunity by expanding to a mammoth 117,649 ways to win. As Mr Monopoly lands, more properties are added to the reels for more lovely rewards.

Rolling the dice across the Monopoly board has been an exciting pastime since the 1930s and now the fun has landed on the slot reels. Big Time Gaming has partnered up with Hasbro to bring slot players another take of the successful slot game, this time with the added element of Megaways. The slot combines high payouts, active features and enthralling gameplay to uphold the high levels of excitement on every spin.

Monopoly Megaways was released in 2019 and is played across 6 reels, boasting an impressive 117,649 ways to win thanks to the Megaways engine. Mr Monopoly’s presence is a welcomed one when he adds more high paying symbols to the reels. This branded slot has been a popular choice for casino newbies and slot supremos because of the familiar fun it offers.

Set around a Monopoly board, the highly volatile slot can pocket you 14,700 times the bet in a single spin. Big Time Gaming is strutting their stuff with these rewarding reels. The game is packed with extra features where the thrill and the agony of playing the board game transfer over to the reels.

If you are a fan of the board game and love high paying slot action, you will marvel at what this Monopoly board has to offer.

Big Time Gaming’s Monopoly Megaways immerses you into the fun through funky music and captivating graphics. There is plenty of animation across the reels complemented by awesome sound effects.

As you’d expect, the Monopoly Megaways slot looks just like the board game, full of colour and excitement. The game features the classic monopoly board squares at the bottom of reels, displaying areas of London and game extras. The green backdrop represents the classic board game. The Monopoly branding is very dominating and makes you feel like you’re about to roll dice on the board.

The reels are lively with all the much-loved monopoly playing pieces including the dog, hat, boat and car. Of course, Mr Monopoly or ‘Rich Uncle Pennybags’ graces the game with his enjoyable (and rewarding) presence. Other symbols on the reels include an assortment of colourful letters and numbers.

The game controls are neatly placed on the screen to make room for the additional Megaways features, upholding a stylish boardgame look.

The slot also manages to immerse you into the world of Monopoly on mobile devices, so it makes for some splendid on-the-go playtime.

Monopoly Megaways plays a little different to your standard slot game. The 6-reel slot combines the Monopoly board with the reels. In the top corners of the reels, you have the Megaways symbols where the payouts are triggered. The game controls are placed on the right side of the reels since the game’s board takes the bottom position.

The controls are very intuitive and provide a breakdown of the symbols (utilities, train stations and properties). You can also set auto spin up to 100 spins and set your max bet amount, the max bet per spin is £40 and the minimum bet is £0.20.

The action-packed slot is of medium volatility with a steady 96.50% RTP. The game has some serious oomph when it comes to win potential. Players can hit 14,700 times the bet in a single spin during the free spins round. During the base game, you can land a win of 3,500 times the bet amount.

The big wins come through the bonus features. The more property icons you secure the bigger rewards you can expect.

If you’re a fan of the board game and enjoy the mechanics of Megaways slots then you’re in for a treat. The monopoly slots have proved a hit time after time with each new release is getting more innovative and rewarding. Monopoly Megaways sits at the top of the pile of board game-themed slots. Big Time Gaming’s packed in a lot of lucrative features to keep the fun going, so take your time with play and do not rush the reels. The board game slot is sure to deliver the thrill and the agony of playing Monopoly, except this time there is no board to flip in frustration.

Play Monopoly Megaways now at the following verified online slot sites. These slot sites have been thoroughly audited and reviewed by us to ensure they offer an exceptional user experience, are trustworthy, safe, secure, and boast the best variation of online slots in their portfolio including Monopoly Megaways:-

Enjoyed Monopoly Megaways? Here's a handful of similar slots we think you'll like too. These online slots have been chosen based on features and themes similar to Monopoly Megaways. You might also want to check out other Big Time Gaming slots.