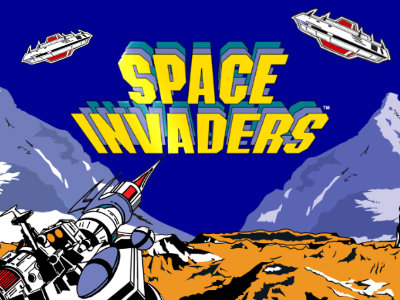 Everyone's favourite shoot 'em up is back with an online slot makeover. This gaming slot is developed by Inspired Entertainment's and plays on 5-reels with 20 paylines.

“ A nostalgic treat with memorable modifiers and fantastic features ”

Jump straight into the action and play Space Invaders now at the following fully licenced UK slot sites. These slot sites have been thoroughly audited and reviewed by the team here at Slot Gods to ensure they offer an exceptional user experience, are trustworthy, safe, secure, and boast the best selection of online slots in their portfolio including Space Invaders...

At the end of a losing base game, there is a chance that the UFO can appear and fly over the reels. These will shine a beam onto a symbol to grow it to supersize. There's also the chance to land the cannon to shoot invaders. Similarly, all symbols of the same type can lock into space with the Lock N Spin feature to deliver bigger wins.

During the base game, 3 or more bonus coin scatters can award a bonus. You'll spin the wheel to select 1 of 6 bonuses that include:

At the end of the bonus, you'll be able to pick a coin to reveal an outcome. You can terminate the bonus, continue for an extra bonus or win the Space Invaders bonus. 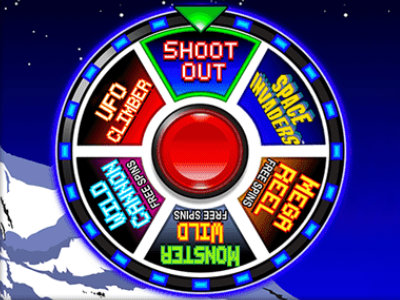 There are 5 modifiers that can be randomly triggered at any point including Wild Cannon, Monster Wild, 5 of a Kind, Mega Reel and Bonus Boost. 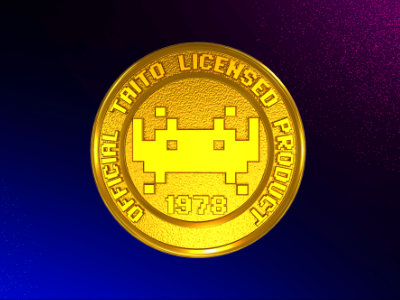 When you land 3 or more bonus coin scatters, you'll open up a wheel to spin 1 of 6 different bonuses. These vary from free spins to bonuses leading to larger wins.

Whether you like video games or not, everyone's heard of Space Invaders. It's an iconic game that literally led to shoot 'em up arcade games and delivered so much fun and frustration.

Thankfully, the famous game has been given an online slot developed by Inspired Entertainment's Bell-Fruit Games. Space Invaders plays on 5-reels with 20 paylines and features 5 modifiers and 6 different bonus features. Be sure to blast your way to wins in Space Invaders.

The original game was developed by Tomohiro Nishikado in 1978 and manufactured by Taito in Japan. Back when it was created, it was a visual spectacle but today it may look quite dated.

The developers have gone for a nostalgic classic look to stay faithful to the source material. Whilst it may look like an eyesore, it's intentional and will be a delight for true fans. All the familiar aliens are back along with all the ships making it a great adaption.

As for audio, it's amazing with those familiar technical sounds mixed with shooting noises. Alongside that, you have noises of the ships paired with typical coin noises. There is a lack of music, but there are so many sounds going on in the background that you'll barely notice.

You'll be able to pick up and play the slot as the core gameplay is straightforward. There are 5 modifiers, but they are easy to follow and the same goes for the bonus features.

It's fantastic to play and will be an absolute fan's dream to play as the game stays faithful to the original game in tone and style.

Sadly, the RTP for this slot is a mediocre 95% which is quite low for an online slot as the standard is 96%. The gaming slot features high volatility gameplay leading to larger wins at a less frequent rate.

The downside is the win potential with the ridiculous RTP. However, that's the only issue and if you can get past it, then Space Invaders is absolutely brilliant and shouldn't be missed.

Play Space Invaders now at the following verified UK slots sites. These slot sites are fully licenced and have been thoroughly vetted and reviewed by us to ensure they offer a great user experience, are trustworthy, secure, and have a wide variety of the best online slots in their lobbies including Space Invaders:-

Enjoyed Space Invaders? Here's a handful of similar slots we think you'll like too. These online slots have been chosen based on features and themes similar to Space Invaders. You might also want to check out other Inspired Entertainment slots.