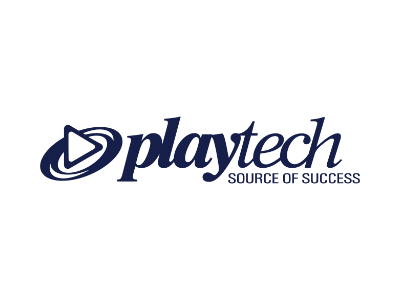 Creators of the iconic Age of the Gods series, online slot developers Playtech are known around the world for their ability to create the most original and immersive online slots, filled with rich lore and colourful characters. They also know a thing or two about creating quality jackpot slots which always helps! If you want to lose yourself in an entirely new world for a while, whilst also being in with a chance of winning big then you're in the right place to start.

If you're looking to play some of the best Playtech slots then look no further. We've personally spent months playing all of the titles Playtech has to offer, digging deep into every aspect of what makes these games great.

All of the games shown below are ones we consider worthy of being called the very best Playtech online slots.

Searching for new Playtech online slots? We understand the importance of variety when it comes to playing at your favourite online casinos, and that's why it's vital to keep on top of each and every new slot release.

We're proud to bring you a comprehensive list of new Playtech online slots that have been thoroughly playtested and reviewed. We can confidently confirm these slots are safe, reliable and most importantly, enjoyable to play.

Below you'll find a complete list of Playtech slots in alphabetical order. Click on a slot to find out more about it and play for free or real.

Where do we begin? Playtech finds themselves in good company alongside developers such as Microgaming and NetEnt as studios renowned for making some of the best online slot series of all time.

In 2016 Playtech introduced us to the awe-inspiring Age of the Gods series and followed it up with the equally impressive Kingdoms Rise series in 2019.

Stay up-to-date with what's coming soon from Playtech! We've managed to get exclusive early access to some of Playtech's best new upcoming slots and are sharing them with you right here.

Are you looking for the best slot sites to play Playtech slots? The expert team here at Slot Gods have scoured the internet to find a collection of online casinos that are more than worthy of your patronage.

Not only will you find all of the Playtech titles here, but you'll also have a great time playing them with the assurance that your funds and winnings are safe and secure.

Playtech are well known for being one of the most exciting and diverse iGaming companies in the industry, having developed a multitude of unique and bespoke casino games and services to players and operators alike since the company was founded in 1999.

Having made his fortune in the stock-market, Israeli businessman Teddy Sagi wanted to capitalise on the rapid growth of the internet in the late 1990s, and as a result, found himself in Estonia where he amassed a team of software developers and iGaming professionals that would go on to form the company we know today as Playtech.

The monumental growth of Playtech

The company slowly began releasing casino games in 2001 and found themselves an instant hit with operators, who were suitably impressed by what the fledgeling company had to offer.

Over the course of the decade Playtech signed a deal that saw the very first European land-based casino go digital, they launched their bingo, poker and mobile gaming divisions as well as their hugely popular live casino.

After being admitted to the AIM, the secondary market of the London Stock Exchange they were valued at almost $1 billion and signed exclusive deals with Paramount and Universal to create online slots based on films Gladiator and The Untouchables, with the former proving to be a HUGE hit with players even today.

During their period of unfathomable growth, the company did come into trouble with the US Government after The Unlawful Internet Gaming Enforcement Act was passed. This led to Playtech, along with many iGaming companies, leaving the market and focusing elsewhere.

Despite taking a battering on the stock exchange, this didn’t stop the company from continuing to grow, instead, they moved their attention towards acquisitions elsewhere to make up for any lost revenue left behind in the United States.

In the last few years, Playtech has worked tirelessly to bring players an incredible library of online casino games, with their online slot catalogue growing increasingly more impressive as the years rolled by… For several years Playtech dominated the market with a number of Superhero themed slots that were branded by Marvel and DC.

When Marvel was purchased by Disney Playtech had little choice but to give up the IP as the house of mouse looked to banish anything that may tarnish the companies reputation, and unfortunately for Playtech, gambling fell under that remit. Thankfully, the DC slots still remain as part of the DC Super Heroes series of games.

In a bid to replace the hugely popular Marvel Slots the company created a brand new set of games that have become synonymous with the online slots world, becoming what is widely regarded as the greatest slot series of all time, Age of the Gods.

With their incredibly lucrative Age of the Gods progressive jackpot dominating casinos, a ton of enjoyable online slots and their fast-growing live casino portfolio it seems that Playtech can only continue to go from strength to strength from here on out.