Age of the Gods Glorious Griffin

Age of the Gods Glorious Griffin is a 6-reel, 4096 payline slot developed by Playtech that's most notable for the Griffin Gold feature. Any symbol that lands with blue fire surrounding it can expand in four directions, creating new winning combinations. Players can also benefit from Griffin's Glorious Free Games which sees players can win a maximum of 100 free spins! This slot is part of the Age of the Gods progressive jackpot.

Every single time the scatter symbol comes into play during the bonus game (and it does!) even more spins are awarded to the player, there are absolutely no limitations to how many spins can be won, which naturally we love! 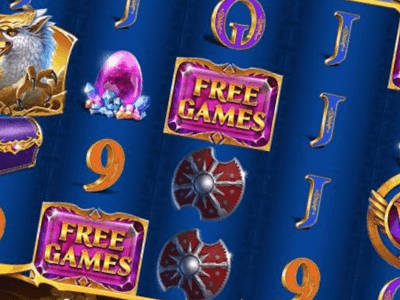 Griffin's Glorious Free Games feature sees players trigger up to 100 free spins when scatter symbols land on the reels. During this, the Ways Plus feature is 3x more likely to trigger and scatters can trigger even MORE free spins. 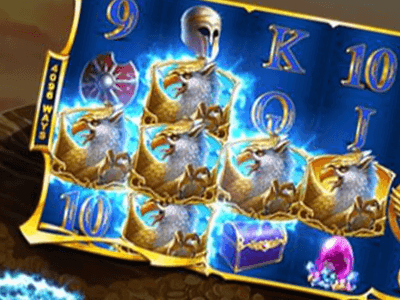 The Ways Plus feature is a brand new Playtech feature that sees game symbols land surrounded by blue fire. When this happens the symbol can expand in four directions creating new winning combinations.

Age of the Gods Glorious Griffin

Age of the Gods Glorious Griffin is a 5-reel, 4,096 ways to win slot developed by Playtech. This incredibly popular 2020 release sees players in with the chance of triggering unlimited free spins thanks to Playtech's inclusion of the Ways Plus feature.

If that wasn't quite enough to grab your attention, then the opportunity to win one of four iconic Age of the God Progressive Jackpots certainly should.

Age of the Gods Glorious Griffin is a really well-designed slot, visually it stands out a LOT more than most classic Age of the Gods slots thanks to the beautiful imagery behind the reels. Here we see shining piles of gold and treasure hidden in what we can only assume is a Griffin's nest high up in the sky judging from the clouds and jagged mountain tops.

High-value symbols in this game are shields, helmets, chests, eggs and a golden griffin. Low-value symbols are the more standard 9, 10, J, Q, K, A. The wild symbol is a shield with the letter W on it, whilst there's also a gem symbol featuring the phrase FREE GAMES, which triggers the free spin bonus.

The game sounds as you would expect, a dramatic orchestral score plays in the background and a fast-paced drum beat begins as the reels start to spin and things get serious.

One thing we really liked about Glorious Griffin is the fact that Playtech hired renowned voiceover artist Stefan Johnson (the voice of SEGA, McDonald's, Chevrolet, The Orlando Magic NBA team and even the US Army) to read a few select lines when the game starts and during bonus features.

On the bottom left-hand side of the screen is the info page, where players can find everything they need to know about the game. Next to that is the - and + buttons to change the stake. On the other side is the Autoplay, turbo and spin buttons. The four Age of the Gods Jackpots are situated at the top of the reels.

This slot is actually incredibly lucrative and should be taken pretty seriously if you're a real slot buff that likes to play big money games! Not only does Age of the Gods Glorious Griffin boast an above-average RTP of 96.08% which is fantastic for a jackpot slot, but it can see players win a massive 40,960x their initial stake.

It does have a high volatility, so you will need to go into this game with a generous bankroll and plenty of patience, otherwise, you could find your money draining quicker than you'd probably like to see it go.

It looks good, it sounds great and the wins are incredible. Age of the Gods Glorious Griffin is arguably the very best Age of the Gods slot to-date. This game can be incredibly lucrative, especially if you're lucky enough to trigger the Ways Plus feature at any time during the game. Even if you forget about the fact this slot features the four Age of the Gods progressive jackpots we'd still consider this slot amongst the best.