Released in July 2021 Robin: Nottingham Raiders is easily one of the most charming slots we've come across in a long time! This 5-reel, 20 payline masterpiece developed by Peter & Sons boasts some awesome features such as special wild collection, free spins, multipliers and respins. This high volatility game is most impressive for boasting a jaw-dropping maximum win potential of 121,500x the player's stake, which makes this slot worth playing alone!

“ Robin: Nottingham Raiders certainly hits the bullseye, this slot is a must play! ”

During base gameplay whenever special gold coin wilds symbols land on the game reels they'll automatically be collected and added onto a meter with 9 slots that sits to the right of the reels.

If players collect 9 special wild symbols then they'll trigger a re-spin, during which all of the collected wilds a randomly spread across the reels in random positions.

If players manage to land 3 scatter symbols on the reels then they'll be rewarded with 15 free spins. During these free the chance of getting special wilds is much higher.

The collected special wilds are displayed on a meter with 9 slots split into three groups. Every time players move into the next group by landing 3 wilds then they'll receive 3 extra free spins. After 3 wilds are collected they will fall onto the reels and roam around for the duration of the bonus feature.

If multiple wild symbols land on the reels simultaneously then multipliers are applied as follows: 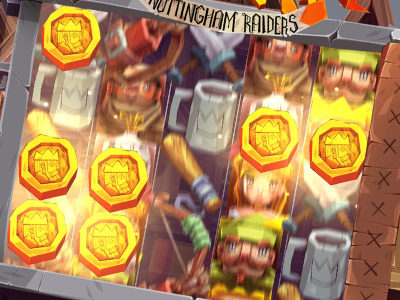 During base gameplay players collect special wild symbols which are collected and added to a meter. When this meter fills to the top they're randomly spread across the reels in random positions. 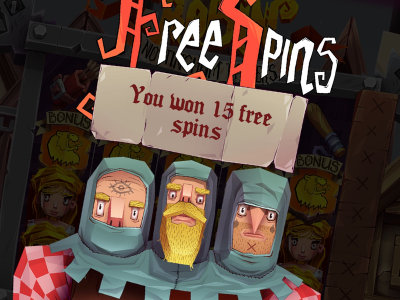 Upon landing 3 scatter symbols players receive 15 free spins. During these free spins players can win extra spins with multipliers and enjoy special wilds that roam around the reels for the duration of the bonus.

Grab your bow and arrows, don a pair of the brightest green tights you can find and prepare to be transported back to 14th Century Medieval Nottingham for some high volatility fun! Robin: Nottingham Raiders is a wonderfully designed adventure-themed slot developed by the creative bunch at Peter & Sons, a young up and coming Armenian online slot developer.

This 5-reel, 20 payline slot has a handful of gripping bonus features and mechanics and most importantly can see players win an absolutely massive 121,500x the player's stake, which is genuinely one of the biggest payouts we've ever seen in an online slot!

Where do we begin with Nottingham Raiders? The game itself is set in the Medieval city of Nottingham in Merry Olde England. Behind the reels players will spot a collection of old buildings including a cobblers and a tavern with smoke billowing from the chimney. The reels themselves are adorned with items and people associated with the famous man himself, Robin Hood!

The music that accompanies gameplay is an upbeat middle ages melody that'll put a smile on your face, it fits the aesthetic of the slot down to a tee giving it a very adventurous and regal feel.

It's worth noting how fantastic the visuals are during the game's free spin bonus feature. Before the feature begins players are greeted by an ugly three-headed man, it then returns to the reels which have seen the City of Nottingham dramatically plunge into nighttime. Following a big win during the bonus feature, arms reach out from the bottom of the screen waving axes and tankards filled with frothy beer... It's all very quirky and really put a smile on our face!

Players shouldn't struggle to work their way around this slot, the game's spin button is found to the right-hand side of the game reels whilst everything else is found on an action bar at the bottom of the screen. This action bar includes a hamburger menu which gives players access to game rules, the paytable and sound settings. On the right-hand side of the action bar there's a bet selection button, quick spin button and an autospin button (that allows players to set an infinite amount of spins).

Hold onto your hats folks, get this... High volatility slot Robin: Nottingham Raiders offers players the chance to win an absolutely incredible 121,500x their stake... This sort of maximum win potential is practically underheard of aside from a small handful of very lucrative online slots. In terms of RTP it sits at a pretty respectable 96.07%.

Robin: Nottingham Raiders is a genuinely enjoyable game. We were charmed by its design and gripped by its exciting gameplay!

There are very few complaints from us when it comes to this game, especially when you consider it has one of the highest maximum win potentials we've ever seen, sitting pretty at an impressive 121,500x!