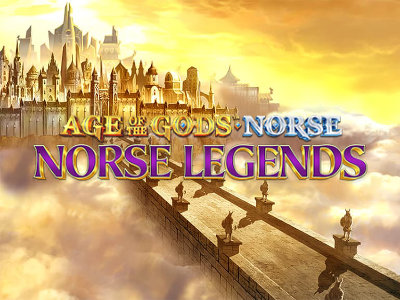 Age of the Gods Norse: Norse Legends is a high volatility 5-reel, 20 payline mythical-themed slot developed by Playtech. This incredibly lucrative slot boasts no fewer than four free spin bonus features and a pick and click mini-game that can see players win 10,000x their stake. If that wasn't enough players can also trigger one of three Age of the Gods Norse progressive jackpots.

Jump straight into the action and play Age of the Gods Norse: Norse Legends now at the following fully licenced UK slot sites. These slot sites have been thoroughly audited and reviewed by the team here at Slot Gods to ensure they offer an exceptional user experience, are trustworthy, safe, secure, and boast the best selection of online slots in their portfolio including Age of the Gods Norse: Norse Legends...

If players land 3 or more scatter symbols anywhere on the reels during base gameplay they'll trigger the Legend of Asgard Bonus Feature. This will take players to a bonus selection screen in which they can pick a bonus.

Norse Legends Cash and Freya Free Games modes are available from the start, the rest are locked. Each additional bonus is unlocked one by one the next time players trigger the Legend of Asgard Bonus Feature.

Players are shown 3 cash prize coins on the screen, these coins are then shuffled and players must pick one of them at random. The coin will turn and reveal one of the 3 prizes.

Players will receive 10 free spins with a Freya stacked wild filling the third reel for the duration of the bonus.

Players will receive 8 free spins that begin with a multiplier of x1. After every 2nd spin, the multiplier increases by +1. This bonus has an additional wild symbol that stays locked in place in the middle position of the third reel.

Players will receive 4 free spins. During each spin 2 to 4 extra wild symbols are added to the reels.

Players will receive 2 free spins in which the game is extremely volatile. If any wild symbols land anywhere on the reels during the bonus feature it will expand to fill the entire reel.

Players will trigger a random bonus feature from the list above.

When any of the above bonus features ends players will be taken to a bonus retrigger screen. Players must select coins and reveal 3 scatter symbols in order to trigger another bonus of their choice.

Age of the Gods Norse Jackpot

Age of the Gods Norse: Norse Legends can see players trigger one of three progressive jackpots on any single spin (including losing spins). This is not the same jackpot as the Age of the Gods Progressive Jackpot, but it's still pretty lucrative! 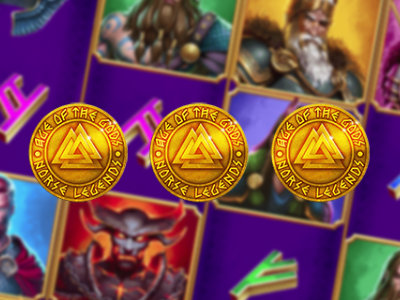 Norse Legends Cash is a simple pick and click mini-game that can see players win one of three cash prizes. 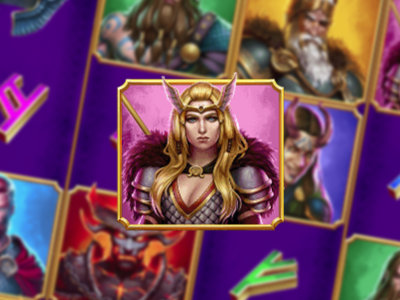 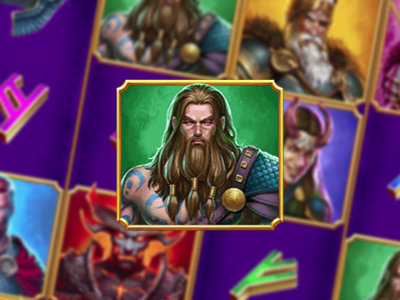 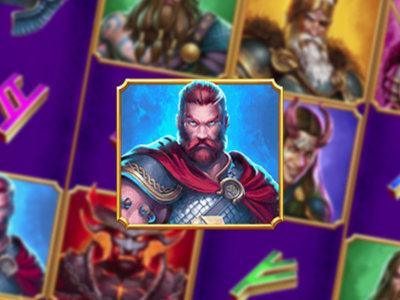 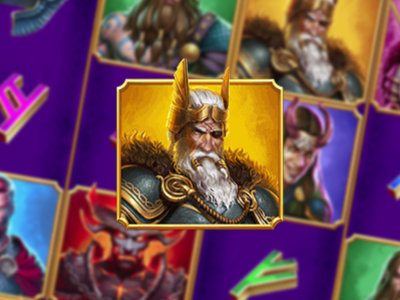 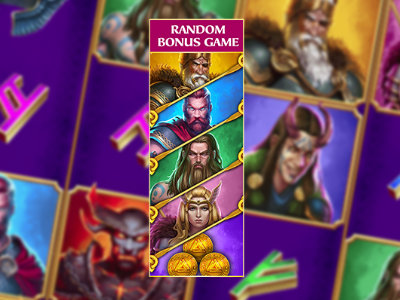 Upon completing a bonus feature players are given the opportunity to retrigger another bonus feature by finding 3 scatters in a pick and click mini-game. 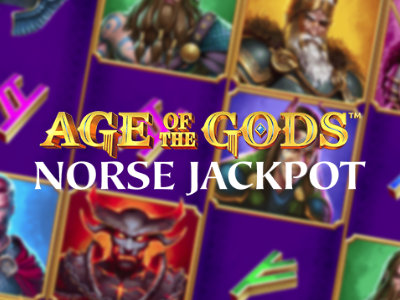 Age of the Gods Norse: Norse Legends can see players trigger one of three progressive jackpots on any single spin.

Age of the Gods Norse: Norse Legends is a 2021 release in the hugely popular Age of the Gods series developed by Playtech. This 5-reel, 20 payline Mythical-themed slot boasts a huge number of lucrative bonuses that can all be triggered by landing 3 scatter symbols, triggering the Legend of Asgard Bonus Feature. If you're into free spins, increasing multipliers, additional sticky wilds and extremely volatile gameplay then this epic Norse slot is for you. Wait, that's not all though! This fantastic addition to the Age of the Gods slot series also gives players the opportunity to trigger the Age of the Gods Norse Progressive Jackpot.

Norse Legends delivers exactly what you'd expect from a Age of the Gods slot. Behind the game reels is the mythical city of Asgard (home to Thor, Odin and Loki), whilst the reels themselves are adorned with... you guessed it, legends! Njord, Loki, Freya. Thor and Odin. Low paying symbols feature runes from the Norse alphabet and a winged helmet.

When it comes to this game's soundtrack, you'll be treated to a rousing orchestral score that will fill you with excitement ahead of spinning the reels. It's nothing particularly new, but it more than does the job and fills us with anticipation.

This Age of the Gods Norse slot is laid out a little differently in comparison to what you might expect from a standard Age of the Gods slot. On the left-hand side of the game reels are the three progressive jackpot trackers, whilst on the right-hand side of the game reels are two buttons, one is the spin button (that you must hold down for autoplay options) and a smaller stake selection button directly above.

This high volatility slot has a slightly low RTP of 94.20% which is expected considering Age of the Gods Norse: Norse Legends plays host to a three-tiered progressive jackpot. The maximum players can win whilst spinning the reels of this slot outside of the jackpot is 10,000x their stake, which isn't at all bad.

Like most Age of the Gods slots, this game doesn't exactly reinvent the reel, but it truly delivers some raw, good old fashioned online slot gameplay that we know and love Playtech for. All in all Norse Legends looks good, has some excellent, diverse bonus features and gives us the opportunity to win some seriously impressive cash prizes. It gets a thumbs up from us.