Age of the Gods: God of Storms

This sees the God of Storms appear on the right of the game screen, blowing stacked ship wilds across the reels collecting big multiplied wins as the boat makes its way across. This slot also features the Age of the Gods progressive jackpot.

Play Age of the Gods: God of Storms

Jump straight into the action and play Age of the Gods: God of Storms now at the following fully licenced UK slot sites. These slot sites have been thoroughly audited and reviewed by the team here at Slot Gods to ensure they offer an exceptional user experience, are trustworthy, safe, secure, and boast the best selection of online slots in their portfolio including Age of the Gods: God of Storms...

Age of the Gods: God of Storms Screenshots

Age of the Gods: God of Storms Features

Age of the Gods: God of Storms is one of the most innovative early games in the Age of the Gods series. The main feature in this 2017 Playtech release is Wild Winds, which sees a shifting stacked wild coast along the game reels on each and every spin, collecting some massive wins on its way.

Whenever a re-spin occurs during the Wild Winds bonus feature, a win multiplier will increase, which is what causes the real money to start rolling in.

The other main feature this game boasts is, of course, the legendary Age of the Gods Progressive Jackpot that can see players win one of four lucrative progressive jackpots at any time, on any spin. 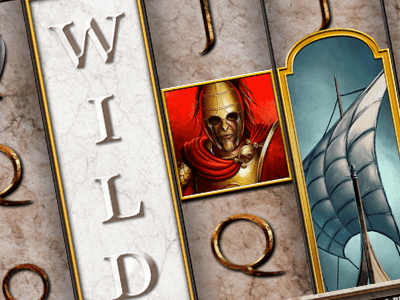 Whenever a ship wild covers an entire reel the Wild Winds feature kicks in. The God of Storms appears on the right-hand side of the screen and blows a stacked wild from right to left, moving one reel per spin. Re-spins and an increasing multiplier are triggered on each spin. 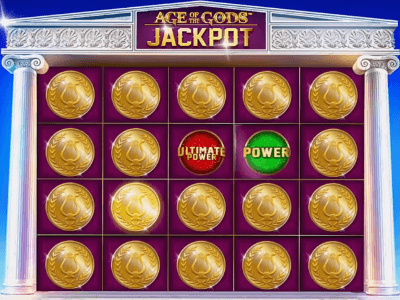 Players can potentially trigger the iconic Age of the Gods Progressive Jackpot with any given spin of the reels. Players play a mutli-level progressive mini-game that sees them win one of four jackpots, one of which can pay out millions of pounds in one go.

Age of the Gods God of Storms

God of Storms is one of our favourite titles in the Age of the Gods series, this 5-reel, 25 payline mythical slot has stunning visuals and truly innovative bonus features and mechanics that make it stand out from many other slots.

The game is based on Greek mythology and the God of winds, Aeolus, who crops up every so often to help the player towards some pretty big winning spins.

It's a pretty simple stripped back game once you've gotten the hang of things, so it comes as no surprise that this game ranks high as one of the most popular Age of the Gods slots.

Age of the Gods God of Storms is a beautifully designed slot that transports players to an ancient coastal city overflowing with charm and decadence. Behind the marble reels are tall towers, city walls and grand buildings surrounded by the sea and jagged mountains.

In the background, players will be able to hear the waves gently crash against the harbour and seagulls squawk.

In terms of game symbols, low-paying symbols are your standard 10, J, Q, K, A whilst high-paying symbols are a vase, a hydra, an archer, a woman brandishing a knife and a heavily armoured soldier. As is to be expected, the wild symbol comes in form of a ship that covers the entire reel.

If you've played any Age of the Gods slot before you'll know what to expect from this title. At the top of the game screen are four progressive jackpot totals that constantly increase in size as players from around the world contribute to the totals.

On the bottom of the screen, below the game reels sits the action bar, where players can control their overall gameplay.

On the far left-hand side of the action bar is the info button that allows players to find any information about the paytable and the game's mechanics and bonus features. Next to that players can adjust the number of paylines they're playing on and overall their line bet, this then changes the player's total bet which is displayed on the right-hand side of the bar.

Age of the Gods: God of Storms is a low volatility slot that delivers frequent wins but they are usually lower. As for the RTP, the maximum seems to be 96.14% which is a decent amount for an Age of the Gods slot.

All in all, we haven't got any complaints about this win potential of this slot, as you can win a maximum of 2,500x your stake throughout the base game but there is the chance to win on the Age of the Gods Progressive Jackpot leading to unbelievable wins.

Playtech has outdone themselves with this slot as we rate Age of the Gods: God of Storms as one of the better (original) titles in the series due to its pretty nice payouts and exciting mechanics.

If you can look past the lack of free spins in favour of re-spins, then we think you'll find this game to be well worth your time. After all, there's a reason this slot has become a classic amongst slot players.

Play Age of the Gods: God of Storms