One of the world's most iconic jackpot titles, Mega Moolah is a 5-reel, 25 payline safari themed slot that not offers up to 30 free spins, but can see players win one of four networked progressive jackpots reaching well into the millions.

Mega Moolah isn’t packed with a whole ton of flashy features like some online slots, partly because it doesn’t need to on account of the incredible progressive jackpot! However, this slot does come bundled with all your standards such as wilds, multipliers and free spins.

The free spins round is triggered whenever players land 3 or more monkey scatter symbols on the reels. You’ll start off with a total of 15 free spins. If you land 3 more scatters then you’ll receive an additional 15 free spins which all in all is very generous!

Of course, we can’t talk about Mega Moolah without breaking down the iconic Mega Moolah progressive jackpot. This game allows players to trigger the jackpot randomly any time without the need to hit any specific combination of symbols

The only thing players must keep in mind when playing is the higher your bet, the great chance you have of winning a progressive jackpot. Once launched players must spin a jackpot wheel to determine which jackpot of the four jackpots they’ll win. 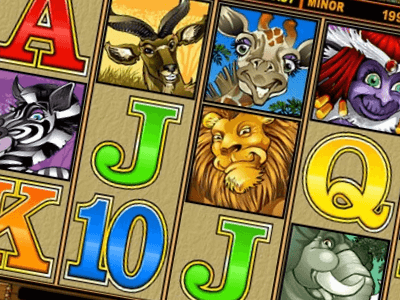 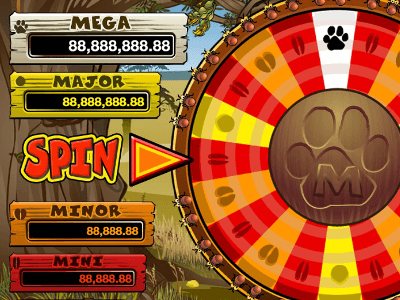 Mega Moolah has an iconic four-tiered networked progressive jackpot that can be randomly triggered with any spin, at any stake. This jackpot has seen players win in excess of £18,000,000 on a single spin.

Created in 2006 by veteran iGaming developers Microgaming, Mega Moolah is known around the world for being one of the most popular and lucrative online slot games of all time. This simple 5-reel, 25 payline safari themed slot won’t blow you away with intricate mechanics and high-end graphics, as it really is a classic spit and sawdust video slot.

What will blow you away though is this game’s iconic progressive jackpot that pays out over £6,000,000 on average to those lucky few that manage to land the game’s Mega Jackpot. Mega Moolah’s progressive jackpot has twice held Guinness World Records for their jackpot payouts, so if you ever needed a reason to try this slot… Well, there you have it!

Mega Moolah is more than just a jackpot though, this vibrant slot comes with wild multipliers, scatters and plenty of free spins! You won’t be disappointed with what this classic slot offers.

Mega Moolah is heavily themed around animals commonly found in Africa! Behind the game reels are the great plains of the African savanna, lit by a warm and calming golden sunset.

On the reels themselves are a whole host of different animals you could expect to find on safari! These wonderfully drawn cartoon animals each have their own unique personality, each flashing a cheeky or smug smile at the player as they appear on screen.

Low paying symbols are your standard 10, J, Q, K, A whilst the high paying symbols are the animals! In ascending order of value they are as follows: Gazelle, Zebra, Giraffe, Buffalo, Elephant and Lion (which also acts as the Wild symbol in Mega Moolah). Strangely, the Scatter symbol in this game is a very cheerful monkey that appears to be wearing a wig!

In terms of sound, this game is everything you could possibly have expected… You’ll hear the gentle sound bugs, birds and animals all doing their thing in the background. It’s a nice ambience that isn’t over the top and really helps sets the scene.

As is to be expected from an older title, the game is simple to play. Players can change their bet size using a button in the bottom right-hand corner of the game screen whilst the button above spins the reels. Players can set 10, 25, 50 or 100 autoplay spins here if they wish. If they’re playing from outside the United Kingdom they can make use of the turbo button.

Along the top of the reels are the four different progressive jackpots that slowly grow in size as the seconds pass by. The jackpots do not have specific names but are instead signified by a different animal track, with the lion’s paw being signifying the largest jackpot.

The win potential in Mega Moolah is absolutely out of this world! If players manage to land 5 lion symbols across the reels you’ll net 15,000x your initial stake, which is incredibly generous considering that this slot is renowned for making brand new millionaires on a monthly basis.

The RPT is very low at just 88.12% but that’s to be expected, as most people that choose to play Mega Moolah aren’t playing it for the standard base game wins, they’re playing it to be in with a chance of winning one of the four life-changing jackpot.

Mega Moolah is an old game, however, it could quite easily pass as something a bit newer! The art style is charming and it’s strangely relaxing to listen to. You shouldn’t expect frequent payouts if you’re going to play this as it has a high volatility and a low RTP… However, if you’re jackpot hunting then we ask you to look no further as Mega Moolah truly is King of the jungle!

Play Mega Moolah now at the following verified online slot sites. These slot sites have been thoroughly audited and reviewed by us to ensure they offer an exceptional user experience, are trustworthy, safe, secure, and boast the best variation of online slots in their portfolio including Mega Moolah:-

Enjoyed Mega Moolah? Here's a handful of similar slots we think you'll like too. These online slots have been chosen based on features and themes similar to Mega Moolah. You might also want to check out other Microgaming slots.