Vikings Go Berserk is a 5 reel, 25 payline slot developed by Yggdrasil that sees players tasked with racking up the wins to fill rage meters that will unlock one of two different free spin bonuses with sticky wilds. There's also a lucrative Treasure Chest pick and click game to enjoy. This action-packed slot can see players win 4,000x their stake.

Jump straight into the action and play Vikings Go Berzerk now at the following fully licenced UK slot sites. These slot sites have been thoroughly audited and reviewed by the team here at Slot Gods to ensure they offer an exceptional user experience, are trustworthy, safe, secure, and boast the best selection of online slots in their portfolio including Vikings Go Berzerk...

Vikings Go Berzerk is a feature-rich game that has a LOT going on, so you could be forgiven for feeling a little bit intimidated at first glance, we certainly were! The main feature you'll want to get your head around are the rage boosts.

At the bottom of the reels are four portraits showing each Viking, they're surrounded by an orange meter that fills up each and every time players register a win featuring that Viking's symbol. Once the rage meter is full then a free spins round will trigger and one game reel will be completely wild.

When players trigger their free spins via the scatter symbols they'll also be accompanied by a random modifier, these are as follows:

Players should also look out for treasure chests. If a chest lands on the fourth reel then players will be taken into a pick and click game where they will immediately win 1,000 coins and receive between 7 and 21 free spins. If this bonus is triggered during a free spins round players will receive an additional 2 to 4 free spins, up to 2 wild symbols or a wild reel.

There's also a chance a more lucrative golden treasure chest could land on the fifth reel. If this happens players will receive a payout up to 10,000x their stake and other treats including rage boosts, special spins, up to 21 free spins or even Ragnarök Free Spins. 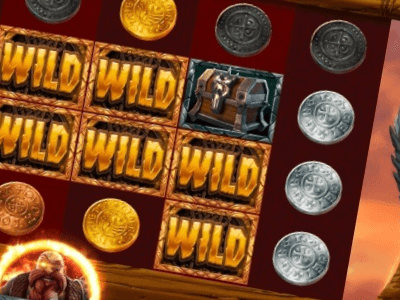 If a treasure chest lands on the fourth reel it will trigger a pick and click game that sees players win up to 1,000 coins and between 7 and 21 free spins. If this is triggered in during free spins bonus players can get additional free spins in addition to wild reels and symbols. 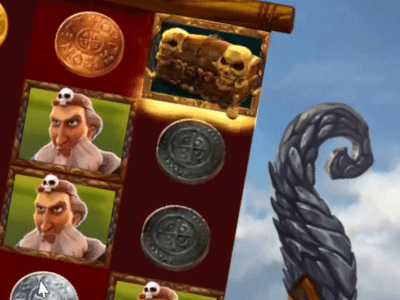 If a golden treasure chest lands on the fifth reel it will trigger a pick and click game that sees players receive either a payout up to 10,000x their stake, rage boosts, special spins or free spins. The same rules as Treasure Chests apply if triggered during a bonus. 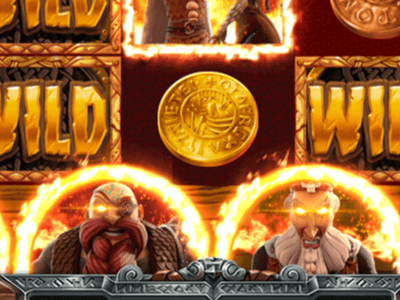 When players trigger a winning combination featuring Viking symbols, the corresponding Viking will see a boost on the rage meter surrounding their portrait. Once full, a free spins round with a sticky wild reel will trigger. 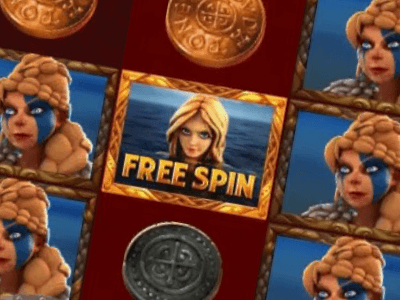 There are two different ways players can earn free spins in Vikings Go Berzerk, by landing 3 free spin scatter symbols on the reels or by filling up a Viking Rage meter. Players can earn up to 21 free spins + a random bonus feature.

Vikings go Berzerk is the second slot in the iconic Vikings Go series developed by renowned slot studio Yggdrasil. This epic 5-reel, 25 payline slot really propelled this epic series into the stratosphere thanks to its stunning graphics and innovative and truly exciting bonus features and mechanics.

This slot opens with a dramatic cinematic introductory video that sees a horde of angry Vikings turned to stone in the midst of a fierce battle at sea against evil Sirens. This sets the tone wonderfully for what's set to be a wild ride as players spin the reels in hope of collecting rage, defeating enemies and most importantly, winning big cash.

Once into the game itself, you'll see that the reels are set upon the sails of a beautifully crafted Viking longship. Sat in front of the ship are beautiful sirens that might look harmless, but in reality, are nothing but trouble.

When players trigger a bonus the sirens jump off their rocks in front of the longship, the sky changes colour to ominous red and the eyes of the longship light up to match, the mood immediately changes as the Vikings go into battle with the Sirens.

Vikings Go Berzerk plays like most Yggdrasil slots, the interface is simple and laid out across the bottom of the game screen. On the left-hand side of the screen is a + button that opens up a sub-menu which allows players to read the game info and change vital gameplay settings including game speed, autoplay settings and sound settings.

Players can change the coin value of each spin (from 0.10 to 125.00) by pressing the arrows either side of the value. The only other two buttons players should be aware of can be found either side of the spin button in the centre, these are 'Max Bet' button and 'Autospin' button (that allows players to automate spins infinitely).

Above the main buttons and below the reels sit four portraits of the game's main Viking characters. Every time players form a winning combination with any of the four Viking symbols showing up then the portraits will be filled with 'rage' on a meter, when this meter is full the Vikings go 'Berzerk' which sees free spins trigger and their symbol appears as a sticky wild.

Whilst this slot is wonderfully designed with a lot going for it in terms of bonus features and mechanics, it is distinctly average with regards to win potential. Vikings Go Berzerk has a decent RTP of 96.10% and a below-par maximum win of 4,000x players initial stake.

Vikings Go Berzerk is a pretty solid game full of incredible features and gameplay. That mixed with the outstanding design make this a Viking themed slot to check out. Sadly the max payout is a lot lower than we'd like, but as long as you know that going in you'll love this online slot.

Play Vikings Go Berzerk now at the following verified UK slots sites. These slot sites are fully licenced and have been thoroughly vetted and reviewed by us to ensure they offer a great user experience, are trustworthy, secure, and have a wide variety of the best online slots in their lobbies including Vikings Go Berzerk:-

Enjoyed Vikings Go Berzerk? Here's a handful of similar slots we think you'll like too. These online slots have been chosen based on features and themes similar to Vikings Go Berzerk. You might also want to check out other Yggdrasil slots.