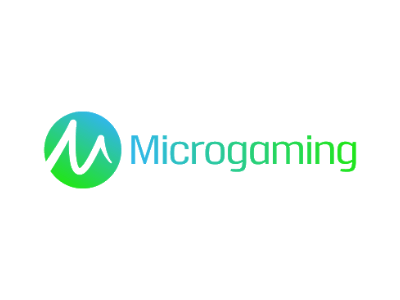 If you're mad about jackpots then you're in the right place! Microgaming is one of the world's most highly respected and renowned iGaming studios, known around the globe for their life-changing jackpot slots.

Of course, their expertise doesn't end there! This veteran company are also responsible for classics such as Immortal Romance and Thunderstruck II.

If you're looking to play some of the best Microgaming slots then look no further. We've personally spent months playing all of the titles Microgaming has to offer, digging deep into every aspect of what makes these games great.

All of the games shown below are ones we consider worthy of being called the very best Microgaming online slots.

Searching for new Microgaming online slots? We understand the importance of variety when it comes to playing at your favourite online casinos, and that's why it's vital to keep on top of each and every new slot release.

We're proud to bring you a comprehensive list of new Microgaming online slots that have been thoroughly playtested and reviewed. We can confidently confirm these slots are safe, reliable and most importantly, enjoyable to play.

Below you'll find a complete list of Microgaming slots in alphabetical order. Click on a slot to find out more about it and play for free or real.

Microgaming are famed for developing what can be easily considered the most famous series of networked progressive jackpot slots of all time, the Mega Moolah series. It wasn't always this way though, it took the veteran iGaming company 11 years to grow their collection of Mega Moolah games from just two to six.

Stay up-to-date with what's coming soon from Microgaming! We've managed to get exclusive early access to some of Microgaming's best new upcoming slots and are sharing them with you right here.

Are you looking for the best slot sites to play Microgaming titles? The expert team here at Slot Gods have scoured the internet to find a collection of online casinos that are more than worthy of your patronage.

Not only will you find all of the Microgaming titles here, but you'll also have a great time playing them with the assurance that your funds and winnings are safe and secure.

Most people know Microgaming for their iconic Mega Moolah slot series and its Guinness World Record-breaking progressive jackpot, but what many don’t realise is that this Isle of Man-based slot developer was the first company to create online casino software all the way back in 1994.

A history of Microgaming

Not satisfied with just (supposedly) developing the world’s first online casino, Microgaming spent its early years formulating a plan to break ground for a second time. In 1998 the fledgeling company released an online slot game called Cash Splash, which played host to the first very progressive jackpot to ever exist.

Microgaming’s growing influence allowed them to be an integral partner in the formation of not one, but two regulatory bodies tasked with policing the industry. These were the Interactive Gaming Council and e-Commerce and Online Gaming Regulation and Assurance (eCOGRA).

Both organisations are still hugely important within the iGaming sphere today and work together to ensure members of the online casino industry follow best practices and are fair and honest.

Thousands of releases and even more world firsts

Over the course of the last 25 years or so, Microgaming has released over 1,200 online casino games that span across a number of different areas, having developed their own bingo software as well as the Microgaming Poker Network (which closed in 2020).

This paved the way for competitors such as NetEnt to sign major deals with mainstream companies to license their intellectual property and create a whole new genre of casino games.

Three years later the company once again made the headlines by releasing the very first online slot to feature one-hundred paylines, which at the time was revolutionary considering most online slots had no more than 25 paylines.

Having created so many online slots, Microgaming were able to work towards their greatest creation yet, an innovative pooled jackpot that saw a percentage of players bets across multiple games go towards a single jackpot.

This ever-growing jackpot, which could grow to unimaginable heights could be won by any player, at any time, regardless of what game they were playing at the time.

It was their Mega Moolah Jackpot that first began in 2006 that truly captured the hearts and minds of online slot enthusiasts around the world, this epic progressive jackpot is known for paying out around £6,500,000 to each lucky winner on a near-monthly basis.

However incredible £6,500,000 seems, this jackpot sum pales in comparison to the two largest payouts ever seen from Microgaming’s progressive jackpot network.

In 2020, the studio decided to create a brand-new progressive jackpot with networked games under the name of WowPot! There are four different pots available with the biggest seeded at €2 million.

Wheel of Wishes, Queen of Alexandria and Sisters of Oz WowPot are just a few online slots to contain this massive jackpot and one lucky player won €3.8 million in September 2021 on Ancient Fortunes: Poseidon WowPot Megaways.

In addition to tremendous jackpots, Microgaming created the Link & Win mechanic which is one of the most popular respins mechanics in the world. Triggered through landing between 6 to 14 special symbols, a respin feature is triggered with 3 respins.

However, the respins reset each time a symbol successfully lands on the symbols and there are often fixed jackpots attached to these as well. We definitely recommend trying out Thunderstruck Wild Lightning and WWE Legends: Link & Win if you want to try out this amazing mechanic.

This was just a brief recap of the titans at Microgaming as their tale is not finished yet. Do not take our word for it - check them out yourself and be absolutely blown away by what they have to offer.