With your chance at the Mini, Minor, Major and £2 million minimum WOWPOT! Jackpots, Wheel of Wishes could be the slot to fulfill your every desire.

“ A small slot with big jackpots ”

Jump straight into the action and play Wheel of Wishes now at the following fully licenced UK slot sites. These slot sites have been thoroughly audited and reviewed by the team here at Slot Gods to ensure they offer an exceptional user experience, are trustworthy, safe, secure, and boast the best selection of online slots in their portfolio including Wheel of Wishes...

The most fun that any player has had with spinning things since the introduction of 33 ⅓ vinyl, Wheel of Wishes video slot from Microgaming and game studio Alchemy brings players a welcome twist to standard slot play. With a chance for a pop at the Mini, Minor, Major and WOWPOT! network jackpots, your slot play just levelled up. 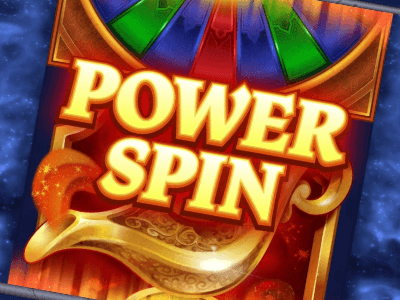 Wearisome of the Wheel of Wishes base game? Land 2 scatters and trigger the Power Spin feature, consolidating reels 2,3 and 4 into a single, oversized reel. Reels 1 and 5 transform into a singular, high value symbol. 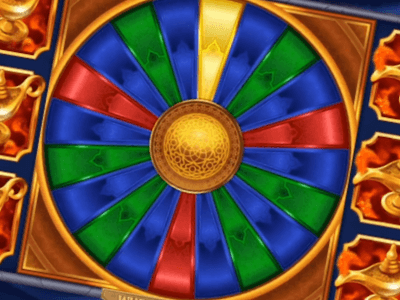 Land the oversized centre reel dead-centre, matching up with reels 1 and 5 - you’ll have a shot at the Wheel of Wishes jackpot feature. Hit spin, cross your fingers and you’ll be landing a Mini, Minor, Major or WOWPOT! 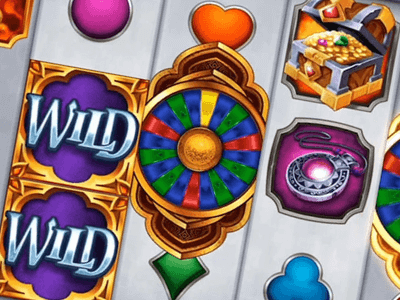 Want to inject some adrenaline into Wheel of Wishes? Fear not, intrepid slot player, for Wheel of Wishes has your back. By clicking on the Power Mode feature, all spins henceforth will be of the Power Spin variety - all for 10x your original wager.

You know the drill - man walks into a Middle Eastern desert, stubs his toe on a Genie’s lamp and the next thing you know his story has been turned into a full-length animated feature with a lucrative merchandising deal to boot. Well, here Wheel of Wishes brings a breath of fresh air to the classic Genie-in-a-lamp trope with this 5x3 grid low volatility outing.

Wheel of Wishes is the first video slot in history to offer players the chance to win the first ever £2m seeded WOWPOT! But, if you’re more of a realist on the reels you could also vie for jackpot dominance with the Mini, Minor, Major prizes, each decreasing with attainability as the cash prizes increase.

Champion of two distinct play modes, Wheel of Wishes gamers have the chance to supersize spins with the Power Mode feature, all for the price of 10x your base game bet.

Much like Wheel of Wishes’ setting among the unforgiving, barren landscape of the Arabian desert, the graphics on offer are a sedate, non-flashy affair. The Wheel of Wishes’ symbol design is minimalistic and unadorned, optimising well for mobile play while the starry night background illustration does most of the heavy lifting when it comes to creating atmosphere.

A seductive mix of steely tones and luxuriant hues, the Wheel of Wishes’ colour palette is one which relaxes and excites in even measure, striking the delicate balance between a chilled-out game environment and one that electrifies.

The go-to soundtrack for most Arabian-themed titles is present and correct; Middle-Eastern wind instruments a plenty, here’s bed music that conjures up an otherworldly, exotic universe, transporting you to a distant time and place.

Sick of staring at the industry standard 5x3 grid? Wheel of Wishes’ goes one better with an option to bum up gameplay a notch. Players have the option to hit the dramatically named (and rightly so) POWER MODE button. Once activated, your wager is increased to 10x and each and every spin is a Power Spin, giving players the potential to take down one of the three jackpots: the Mini, Minor, Major and WOWPOT!

Jackpot values start at this:

While the Power Mode might be the main player in the features game, there’s still action on offer in the Wheel of Wishes base game.

Symbols, for 5 on any of Wheel of Wishes’ 10 paylines pay as follows:

As a proud member of the Microgaming progressive network jackpot, Wheel of Wishes has a minimum WOWPOT! of £2m - perfect for players with their eyes on the prize. Clocking in with an RTP of 93.34% and minimum and maximum bets set at £0.1 and £25 respectively, low volatility Wheel of Wishes is accessible for every gaming budget.

Despite having a very desirable progressive jackpot, it has to be said, if you discount the progressive prizes this game has a woeful maximum win potential of just 500x your initial stake, so we wouldn't overly recommend playing this unless you're eyeing the big ones.

Firmly ticking the sweet graphics box, Wheel of Wishes has solid visuals and consistently on-theme graphics and audio. While the soundtrack can get a tad annoying, that’s always the mute button on hand.

The option to amp up gameplay with a single click is an inspired choice from Microgaming and Alchemy. Too often low volatility slots are victims of impatient players that are easily bored. Here, restlessness is quenched with the Power Mode option, increasing volatility and gaming dynamic with a 3x3 grid and your chance at the grand prize.

With atmosphere, expert design and variable mechanics, here’s a video slot one could only wish for.

Play Wheel of Wishes now at the following verified UK slots sites. These slot sites are fully licenced and have been thoroughly vetted and reviewed by us to ensure they offer a great user experience, are trustworthy, secure, and have a wide variety of the best online slots in their lobbies including Wheel of Wishes:-

Enjoyed Wheel of Wishes? Here's a handful of similar slots we think you'll like too. These online slots have been chosen based on features and themes similar to Wheel of Wishes. You might also want to check out other Microgaming slots.