Mega Moolah Goddess (previously known as Mega Moolah Isis) is the high-anticipated sequel to Mega Moolah. This popular 5-reel, 25 payline slot developed by Microgaming boasts up to 30 free spins with a 6x multiplier. Players can also be in with a chance of triggering the legendary four-tiered Mega Moolah networked progressive jackpot.

You can't expect too much in the way of features from Mega Moolah Goddess considering it's a progressive jackpot slot that's paid out hundreds of millions of pounds over its extensive lifespan. That said, this Egyptian-themed slot does actually some generous bonuses, even though it doesn't really need to.

First and foremost, players can trigger up to 30 free spins with a 6x multiplier placed on top of whatever you win from the bonus round, players can also gamble on any wins they pick up during the base game or the free spins bonus round, in attempt to either double or quadruple their winnings.

Naturally, the real pulling power with Mega Moolah Goddess is the game's Progressive Jackpot that can see players win one of four HUGE progressive jackpots by playing a wheel-of-fortune style game, with the main jackpot (the Mega Jackpot) seeing players win a minimum of £1,000,000. This jackpot can be triggered at any time during the game with a without a winning spin. 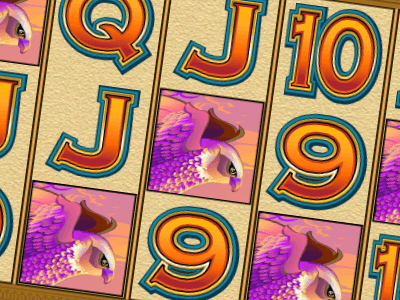 If players land 3, 4 or 5 Eagle scatter symbols anywhere on the reels they'll automatically trigger 20, 25 or 30 free spins respectively. What's more, all of these free spins are subject to a 6x multiplier on top. 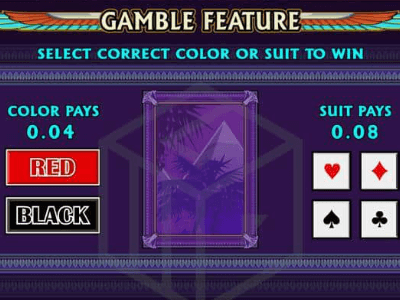 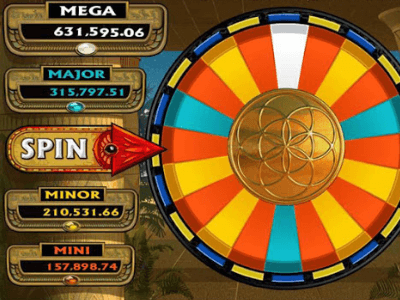 Players can trigger the iconic Mega Moolah jackpot at any time, regardless of whether that's on a winning spin or not! Upon triggering it players will play a wheel-of-fortune game to determine which of the four progressive prizes they'll win

Developer Microgaming found that they didn't need to change too much in order to appease jackpot-hungry slot fans who were keen to see a sequel.

This 5-reel, 25 payline slot introduces a revised free spins bonus, that saw players trigger up to 30 free spins without the need to re-trigger the bonus, as well as adding a gamble feature that allows players to risk their winnings for big rewards.

There's actually very little to differentiate this slot from the original (unlike other newer releases in the Mega Moolah series), other than the fact that this slot has a slightly lower RTP (by the tiniest of margins), so it's totally up to you whether you choose to play this Egyptian-themed slot over the original.

In terms of design, Mega Moolah Goddess is a bit of a cult classic, it's certainly not beautifully designed, it's actually pretty minimal as far as slots go, but the game has a charm to it that can't be overlooked, much like the original.

As you would expect, the game is very much themed around ancient Egypt, so the game reels are designed to look as if they were built upon limestone. High paying symbols include Flowers, A sarcophagus, a golden carpet, a golden statue and an Eye of Horus. The scatter/wild symbol is the ancient goddess Isis. Low paying symbols are your standard 9, 10, K. Q. K, A.

As is the case with many older online slot games, it's not at all difficult to navigate. The only two button players will use are the bet size button and the spin button, which both appear of the right-hand side of the game screen. At the top of the reels are the four Mega Moolah progressive jackpot tickers, these display the status current sum of each jackpot, the Mini, Minor, Major and Mega.

With an RTP of 88% it's fair to say that Mega Moolah Goddess is the friendliest online slot going, you're not going to pick up a lot of wins as you spin the reels, but that's the price you pay for chasing a lucrative progressive jackpot. So, if that's your thing then you'll understand why this game isn't as generous as others.

That said, this game does have a very impressive free spins bonus round that can see players pick up a maximum of 30 free spins, that will see a guaranteed 6x multiplier placed atop any wins you do pick up from them. So this slot does have potential considering you can win 10,000x your initial stake as a result of the bonus.

Mega Moolah Goddess is a well-done sequel to Mega Moolah, despite being more volatile and having a lower RTP, it's an all-round solid game that we've thoroughly enjoyed playing over the years! We're most impressed with the addition of the 6x multiplier that's placed on top of all free spins during the bonus round.

Enjoyed Mega Moolah Goddess? Here's a handful of similar slots we think you'll like too. These online slots have been chosen based on features and themes similar to Mega Moolah Goddess. You might also want to check out other Microgaming slots.