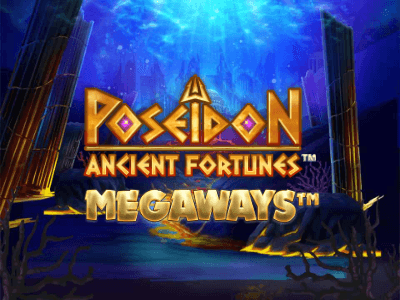 Ancient Fortunes Poseidon Megaways is a 6-reel Megaways slot developed by Triple Edge Studios that can see players unlock up to 117,649 ways to win! This slot can see players pick up 12 free spins with an increasing multiplier, benefit from rolling reels after each win and potentially trigger one of four random jackpots.

“ A genuinely enjoyable Megaways slot that should keep you entertained ”

Jump straight into the action and play Ancient Fortunes Poseidon Megaways now at the following fully licenced UK slot sites. These slot sites have been thoroughly audited and reviewed by the team here at Slot Gods to ensure they offer an exceptional user experience, are trustworthy, safe, secure, and boast the best selection of online slots in their portfolio including Ancient Fortunes Poseidon Megaways...

After a winning combination of symbols are formed on the reels the winning symbols are taken off the reels, this allows new symbols to fall into place, essentially giving players a free respin, potentially boosting the initial win. Rolling Reels continue indefinitely until a win is no longer formed.

These free spins will start what a 1x win multiplier that grows by +1 every successful cascade (Rolling Reels). Scatter symbols may appear on the extra row above the main game reels to award up to 10 additional free spins.

Trident wild symbols may appear on the top row at any time during base gameplay, these not only replace symbols to create new winning paylines, but are also collected and added to the chest in the bottom left-hand corner of the game screen.

The more Trident wild symbols that have been collected the more likely it is that the Jackpot Pick and Click feature will randomly trigger.

If it does trigger players will be faced with 12 tokens placed face down. Players must flip these tokens until they find three matching symbols. The following prizes are on offer:

A WowPot version of this slot was released in August 2021 with a four-tier progressive jackpot system that contains everything from the base game but adds a jackpot - so there's the chance that your game may have this but check with your chosen slot site first. 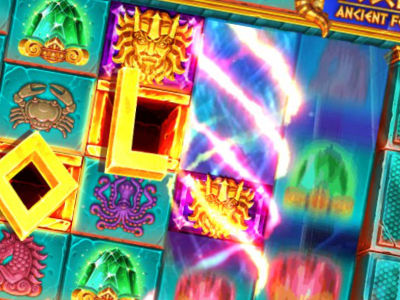 After a winning combination of symbols are formed on the reels the winning symbols are taken off the reels, this allows new symbols to fall into place. 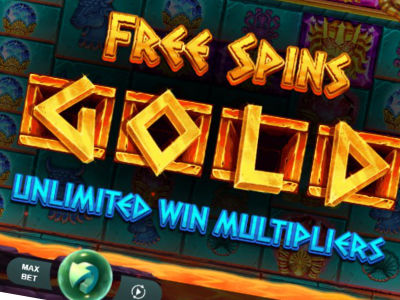 If players land the letters G, O, L and D on the reels at once time then they'll be awarded 12 free spins. These free spins come with a growing win multiplier. 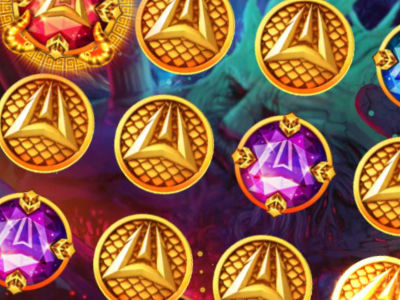 A Jackpot Pick and Click mini-game can be triggered at any time during base gameplay. Players must pick 3 matching symbols in order to trigger one of four jackpots.

Ancient Fortunes Poseidon Megaways is a 6-reel Megaways slot developed by Triple Edge Studios that can see players unlock up to 117,649 ways to win! If the massive number of pay lines weren't enough, players can also benefit from free spins with rolling reels that can force an expanding multiplier into play and a pick and click jackpot feature that can see players win one of four jackpots with the largest sat at 5,000x.

This slot inspired by Poseidon, the Greek God of the sea looks absolutely fantastic, which hardly comes as a surprise considering this game was developed by Triple Edge Studios, a developer known within the iGaming world for making good looking titles such as Lara Croft Temples and Tombs.

The well crafted slot features imposing aqua and gold reels that are set deep under the sea next to a chest filled with gold and treasures (beware though, it's protected by something menacing!). One might look at this slot and think it's quite cluttered with a lot going on across the screen, others might think it's a design masterpiece! We're somewhere in the middle!

If you've played any sort of Megaways slot in the past you shouldn't really struggle to get your head around this game too much! This 6-reel slot has an additional row that can accommodate for 4 additional symbols along the very top of game reels, this unlocks additional ways to win.

To the left of the game reels are four fixed jackpot trackers that display the Mini, Minor, Major and Mega jackpots. Below the game reels is the action bar that allows players to do all operate all the main functions of the slot including setting automatic spins, turbo spins, setting the stake and of course spinning the game reels.

This medium volatility slot has a slightly below average RTP of 95.98%, which of course is a little disappointing, however, on the flip side of things Ancient Fortunes Poseidon Megaways does boast a decent maximum win potential of 10,000x the player's stake, which we really can't complain about.

It should be noted that a WowPot version of this slot was released in August 2021 with a four-tier jackpot system that contains everything from the base game but adds a jackpot and lowers the RTP to 92.23%.

There's absolutely no denying that Ancient Fortunes Poseidon Megaways is a good game, however, don't expect fireworks or anything particularly new and exciting from this Triple Edge Studios slot. This title follows the same general format as most new Megaways slots.

Play Ancient Fortunes Poseidon Megaways now at the following verified UK slots sites. These slot sites are fully licenced and have been thoroughly vetted and reviewed by us to ensure they offer a great user experience, are trustworthy, secure, and have a wide variety of the best online slots in their lobbies including Ancient Fortunes Poseidon Megaways:-