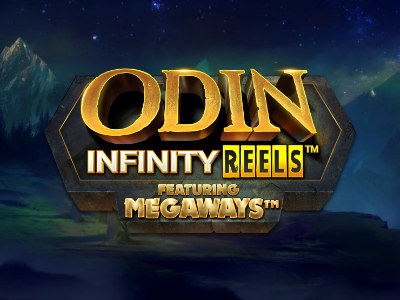 Combining the iconic Megaways mechanic with the innovative Infinity Reels is not an easy task to do, but ReelPlay has managed to deliver something brilliant with these two mechanics. Amazingly, this slot puts the two mechanics together to create an unbelievable game that makes 117,649 ways to win seem insignificant.

Embracing Norse mythology, Odin Infinity Reels Megaways is a mythical slot that focuses on Odin, the King of Asgard. Filled with phenomenal visuals, engaging gameplay and fantastic features, this isn't a slot you can afford to miss out on.

“ An epic collaboration of mechanics that is absolutely astonishing ”

Odin Infinity Reels Megaways starts with just 3 reels, but the reels expand by +1 for each win you land. Naturally, these additional reels improve your chances to win with even more paylines and are literally limitless. This is the fantastic Infinity Reels mechanic that gives you endless possibilities to win.

If you land 5 of Odin's spear symbols, then you'll trigger the free spins game with a multiplier in play. You'll be transported to two wheels to determine how many free spins you'll get which could include 8, 10 or 12 free spins. The first wheel decides which of the four free spins levels you'll be at. These levels include: 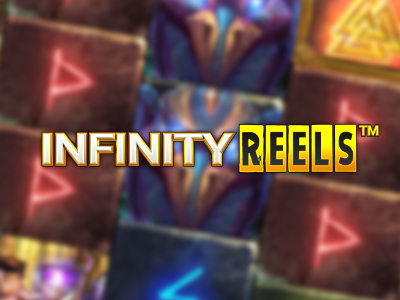 Starting with just 3 reels, the Infinity Reels expands the reels by +1 for each win you land giving you endless possibilities to win. 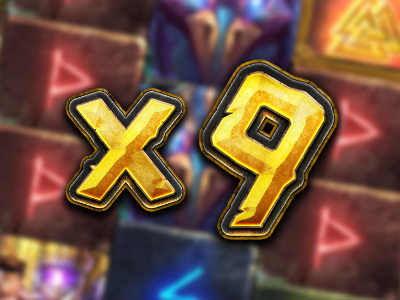 After a new reel is added through the Infinity Reels, the Symbol Multiplier starts at x1 and increases each time a reel is added. 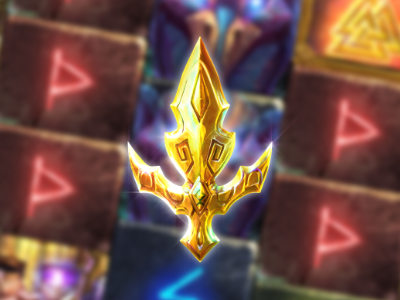 Landing 5 Odin spears will trigger two wheels to determine how many free spins you get and what multipliers they will have attached to them.

Norse mythology has been growing in popularity for the last few years with various films and games retelling historical fables to modern audiences. ReelPlay has decided to give their own interpretation of the Norse legends with Odin Infinity Reels Megaways. The entirety of this slot focuses on Odin, the King of Agard, and his unbeatable strength.

Alongside the tremendous visuals, you'll find the innovative gameplay with Infinity Reels and Megaways. The amazing Infinity Reels literally has endless reels that come along with bonuses such as Symbol Multipliers and the Infinity Bonus. This high volatility slot literally has no set reels or paylines, but instead starts with 3-reels that grows with every win. You could even win up to 20,000x your stake - what more could you ask for?

The background of the slot is some sort of ethereal landscape with giant rocks, mountains, greenery and a rainbow randomly appearing on the rails. At the bottom of the screen, there are sparkling particles that raise to the top of the screen with an angelic-looking glow above the reels as well to emphasise the mythical element.

As for the symbols on the reels, you'll notice Asgardian runes with various symbols for the lower paying symbols with Norse symbols for the higher ones. These symbols include Sleipnir (Odin's horse), Fenris (Asgardian wolf), Huginn and Muninn (Odin's ravens) and Odin himself. The design of these symbols gives a statuesque feeling and shows them all in a glossy style with a high quality attached.

The music that plays is similar to the Game of Thrones theme with the cello leading the music with the keys switching from minor to major. It also features softer violins and drums to add further epicness to the music. Honestly, it's entirely befitting for this slot and just adds further to the grand design.

Odin Infinity Reels Megaways starts with 3-reels with 4 symbols on each of the reels with the potential to expand the reels every time you land a win. This is where the gameplay really kicks in and further bonuses are added. Whilst, this may seem complicated, it's pretty straightforward once you've played a few spins. The possibilities are literally endless with the Infinity Reels mechanic as there's an infinite amount!

Sadly, this excitement can't be met with the Megaways mechanic. Personally, we didn't really experience a large number of Megaways until unlocking 7 or more reels. That being said, if you manage to land the right combinations, then you could have an infinite amount of ways to win across an infinite number of reels. This is one of the first slots to encourage this team up and it's exhilarating when it all happens together.

The navigation of this slot is incredibly straightforward with the spin button to the far right of the reels and a further drop-down menu just underneath this. On this menu, you can look at the payline, change your bet level and set your autospins from this menu.

This is a high volatility slot with an RTP of 96.18% but gives the player the chance to win up to 20,000x your stake during this slot. Thankfully, this is a decent amount to win, so it's definitely worth your time.

There's no denying that Odin Infinity Reels Megaways is a lot to take it - but it's definitely worth it. From the design to the gameplay, you'll be in for an invigorating slot that is different in the best way possible. It can be chaotic at times, but that is part of the excitement.

In all honestly, there aren't many things wrong with this slot but traditional players might be put off by the bombard of mechanics. However, if that doesn't sound like you, then most definitely try out this slot. In a nutshell, Odin Infinity Reels Megaways is bonkers but it works!