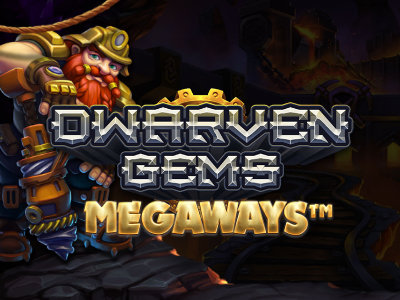 There is a misconception that all Dwarves do is fight and yield weapons, but that isn't always the case. They are connoisseurs of fine things and actually have a passion for mining valuable gems.

Developed by Iron Dog Studio, Dwarven Gems Megaways is a 6-reel slot with 117,649 ways to win. The focus of this slot is to find rare gems in order to receive a huge payout. Throughout the slot, there are free spins, bombs, power gems and much more in this mining slot. So, see if you have what it takes to join these Dwarves and win big in Dwarven Gems Megaways.

“ A gem of a slot that is definitely worth your time ”

As the name suggests, Dwarven Gems Megaways starts with the Megaways mechanic - but it's improved to a maximum of 200,704 ways to win instead of the standard 177,649. On top of Megaways, wins are tumbles in this slot meaning that the winning symbols are destroyed and replaced by symbols.

There is also an additional reel above reels 2 to 5 and it adds to the overall wins of the slot. The Dwarven Bomb only appears on the horizontal reel and acts as a sticky wild. If there is no win, then the bomb will explode itself and one random symbol to add two new symbols.

Alongside the Dwarfen Bomb, you have Power Gems which only appear during free spins and on the horizontal reel. These will act as a wild and add 2 to 4 additional wilds. Similarly, if 2 Power Gems land, then it will add 4 to 8 wilds to the reels. The Power Gems also award additional free spins with a maximum of 4 additional spins given out.

Like most slots, the staples of wilds are in this slot and they substitute all symbols except all of the specials. On top of the wilds, you'll find scatters that award free spins if you land them on reels 2 to 5. Once you trigger free spins, you'll be taken to a random chamber that will select between 6 to 10 free spins for you. If you win on the last free spin, then you'll be awarded a Lucky Last Spin which can happen multiple times.

On top of that, there are two bonus buy features in this slot (that aren't allowed in the UK). The Bonus Upgrader can change the frequency changes to increase the likelihood of certain symbols and you can buy free spins which increases the RTP and payout. 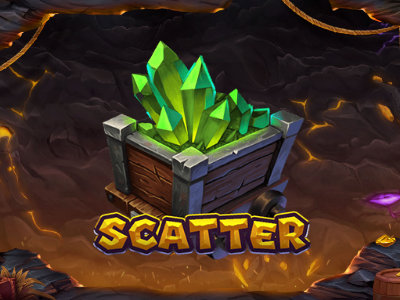 Landing 4 scatters will trigger an additional screen which will decide on how many free spins you receive. You could receive between 6 and 10 with the potential to gain 4 additional spins through Power Gems. 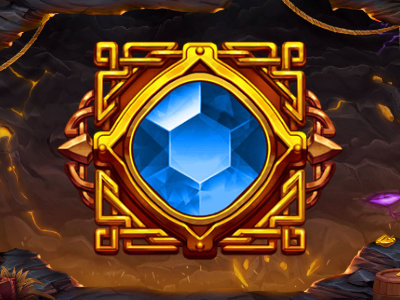 These appear during free spins and on the horizontal reel. They act as wilds and add additional wilds to the reels. Ultimately, you could gain up to 8 wilds on the reels through this mode. 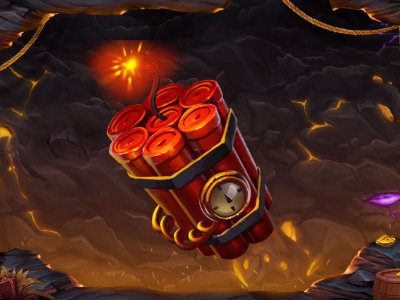 This symbol also only appears on the horizontal reel and acts as a sticky wild throughout the base game and free spins. If there is no win, then the bomb will explode and take out another symbol to give you new symbols.

In popular culture, Dwarves are violent creatures that love to fight and cause trouble but this isn't entirely accurate. There are some Dwarves who just love to mine and search for valuable gems underneath the earth - that's where Dwarven Gems Megaways comes in.

Developed by Iron Dog Studio, Dwarven Gems Megaways plays on 6-reels with 200,704 ways to win due to the Megaways mechanic. This mythical slot follows Dwarves through the mine with various features including free spins, bombs and gems to help you reach the maximum win of 20,000x stake.

As this slot opens up, you'll notice a scary-looking Dwarf to the left of the reels, but he's harmless. He has a huge axe and loads of armour - but all he's bothered about is mining. The Dwarf is basically a mascot at the side of the reels and just there to add more flair to the slot by throwing bombs.

It's no surprise that the background is a mine with various rocks that have been mined with valuable gems coming out. The background is surprisingly bright with all the gold lighting up the screen to illuminate the reels. Similarly, all of the symbols of the reels are vibrant and colourful showing a clear influence by gems. Certain symbols showcase the different Dwarves and highlight their different personalities which is a nice touch.

In terms of the music, there's a soft track that contains violins and drums to build up the suspense - but the main noises come from ambient sounds. There are pick-axe noises, sounds from the Dwarves and general explosions to give you a full experience of the mine.

The horizontal reel is a nice addition to the slot and definitely makes it seem more exciting with it on. Iron Dog Studio has used the Megaways mechanic and made it their own with the horizontal reel. The gameplay itself is straightforward as you play and is easy to just pick up.

At the bottom right of the screen, you'll notice the spin button, autospin and bet level. Aside from that, you can find the paytable and further menus to the left of the screen.

Dwarven Gems Megaways is a high volatility slot - so you can expect less frequent wins but they will be higher and worth your patience when they do arrive. In terms of the RTP, this slot has a great amount at 96.70% which is way over the average standard.

As for the maximum payout, you can expect to win up to 20,000x your stake which can be achieved through the free spins with the bombs and gems. Non-UK players will be able to buy free spins which increases their win up to 30,000x their stake - but this is only available through the bonus buy.

Iron Dog Studio often deliver fantastic slots, and Dwarven Gems Megaways does not disappoint. The core gameplay isn't overly complicated but it's thrilling enough to create excitement and intense moments. Even the design has a charming quality that you can help but appreciate.

Overall, this slot is just a triumph with fascinating features and a solid win potential making this a slot that's definitely worth a spin. If you love mythical slots, Megaways or high volatility gameplay, then check out Dwarven Gem Megaways.