Jump straight into the action and play WWE Legends: Link & Win now at the following fully licenced UK slot sites. These slot sites have been thoroughly audited and reviewed by the team here at Slot Gods to ensure they offer an exceptional user experience, are trustworthy, safe, secure, and boast the best selection of online slots in their portfolio including WWE Legends: Link & Win...

Players have the ability to respin any of the individual game reels after any spin of the reels. The cost of the respin will vary based on how likely that reel is to trigger a winning combination. The higher the chance, the higher the cost of that respin.

The Free Spins feature in WWE Legends: Link and Win is incredibly straightforward. If players manage to land 3 scatter symbols anywhere on the game reels then they'll receive 5 free spins. If players land an additional 3 scatters during the bonus then another 3 free spins are added to the total.

During this feature reels 2, 3 and 4 are merged into one single reel that only features big symbols that count as 9 symbols, that being said if a scatter symbol lands it will only count as one symbol.

If players manage to land 6 or more special coin symbols anywhere on the reels on one single spin then they'll automatically be held in place and 3 respins are awarded to players on an entirely new set of reels which are comprised of these coins and blank spaces.

Players can trigger one of four jackpot sums of money if they land jackpot coins during the feature. If players manage to fill every single position on the screen then they'll automatically trigger the maximum Champion Jackpot worth 5,000x their stake.

At the end of the feature, the value of all coins that have landed on the reels are added together and paid out to the player. 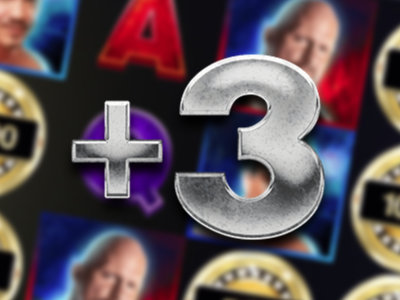 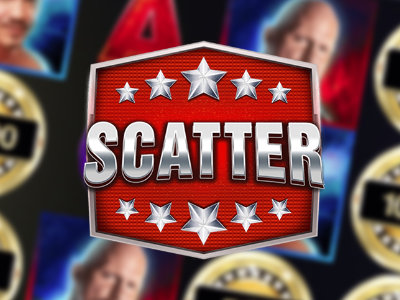 If players land 3 scatter symbols on the reels then they'll receive 5 free spins. During this feature reels 2, 3 and 4 are merged into one single big reel, any symbols that land count as 9 symbols except the scatter. 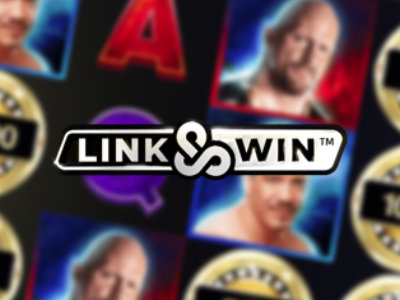 If players land 6 or more coin symbols anywhere on the reels then the Link & Win feature will start. This sees them taken to a new game screen in which they must land more coins via respins in order to rack up a large overall payout.

WWE Legends: Link & Win is an incredibly enjoyable 5-reel, 25 payline slot developed by All41 Studios and Microgaming. This branded slot boasts Free Spins and a lucrative Link & Win feature that can see players rack up big wins of up to 25,000x their stake, as well as impressive smaller wins worth up to 5,000x their stake by way of four fixed jackpots. In addition to this players can respin any of the reels as many times as they like until they create a winning combination of symbols.

As someone who grew up idolizing WWE and the wrestlers that featured on RAW and Smackdown each and every week this slot practically catered to my every desire! I was sent into nostalgia overload several times over thanks to the slot displaying clips of classic WWE moments and real voice-acted commentary lines from the recognisable duo Michael Cole and Corey Graves.

As we announced in our preview article looking at WWE Legends: Link & Win, this game plays host to four of the most legendary WWE Superstars of all time, Booker T, Macho Man Randy Savage, Eddie Guerrero and Stone Cold Steve Austin.

The scene is set almost instantly upon loading the game when Michael Cole excitedly announces "This match one fall and is for the WWE Championship!"... The reels themselves are set in front of a WWE ring set in a sold-out arena full of hardcore wrestling fans.

In terms of symbols, low paying ones are your standard J, Q, K, A whilst high paying symbols are Booker T, Macho Man Randy Savage, Eddie Guerrero and Stone Cold Steve Austin. The special wild symbol is the classic WWE logo atop what looks to be a championship built, the scatter is simply the word SCATTER across a red hexagon.

Both the audio and visuals in this slot are pretty great! There's constantly new lines of commentary for Cole and Graves being played, and when players land winning paylines featuring one of the wrestlers the symbols will become animated, showing their signature move (such as Stone Cold delivering the Stone Cold Stunner or Booker T doing the Spinaroonie).

If players trigger the Link & Win Feature, Free Spins or a big win, players will be shown famous footage from one of the five wrestler's most iconic moments, for example, we can see Eddie Guerrero celebrating his WWE Championship win of Kurt Angle in Wrestlemania XX at Madison Square Garden, New York.

WWE Legends: Link & Win offers players the rare and unique ability to respin reels for an additional cost, something that not many slots allow... The higher the chance that a reel will create a winning payline, the higher the cost of that specific respin... There are absolutely no limits as to how many times players can respin any of the reels.

In terms of navigating the slot, all of the game's buttons can be found on the right-hand side of the game screen... On the other side, players can see the four fixed jackpots that can be won during the Link & Win feature.

We've only just recovered from the excitement of playing Game of Thrones Power Stacks, another epic Link & win slot, and now we've been blessed with this epic branded slot!

WWE Legends: Link & Win is arguably one of the best games yet in the Link & Win series and took us back to our youth during the heyday of professional wrestling.

There aren't many (if any) branded games out there that feature this much original footage or real voice-acting. The legendary wrestling company has been very generous, which is a big win in our eyes. The awesome features and massive win potential just solidifies why we love this slot so much.

Play WWE Legends: Link & Win now at the following verified UK slots sites. These slot sites are fully licenced and have been thoroughly vetted and reviewed by us to ensure they offer a great user experience, are trustworthy, secure, and have a wide variety of the best online slots in their lobbies including WWE Legends: Link & Win:-