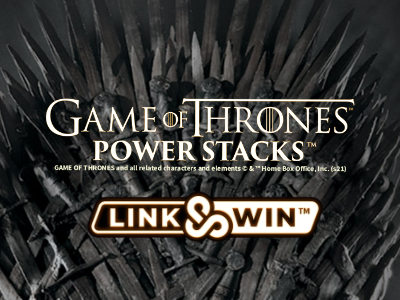 Game of Thrones Power Stacks is an incredibly fun 5-reel, 40 payline slot developed by Microgaming and Slingshot Studios. Boasting two major features, Power Stacks and Link & Win this slot offers players a lot when it comes to bonuses. Wanna get your hands on one of four local jackpots or 25,000x your stake by way of free spins? Start spinning this wonderful branded slot right away!

Game of Thrones Power Stacks is quite a hectic slot, but in the best way possible. It's filled to the brim with interesting mechanics and bonus features and on each and every spin we didn't know which of the below features would kick in.

It was incredibly exciting to watch Power Stack symbols, coins and high-value symbols all roll past upon hitting the spin button... It's a bit of a sensory overload, but we'd be lying if we said we weren't on the edge of our seats.

On each and every spin a Power Stacks indicator reveals a random symbol that will be Super Stacked for that spin. This means that if this symbol lands on the reels it can potentially appear fully stacked.

Players can also trigger one of the game's biggest wins by landing the Power Stack symbol on all reels, which could see every position on all of the game reels covered by the same symbol.

Players can trigger 15 free spins by landing 3 scatter symbols anywhere on the reels. During this bonus feature all wins are doubled and any wilds that land will land fully stacked.

If players land 6 or more special coin symbols anywhere on the reels on one spin then they'll be held in place and 3 respins are awarded on a new set of reels which are comprised of blank spaces and these held coins.

In addition to the link and win coins there are also Bronze, Silver and Gold coins that can trigger one of four jackpots during the above feature, these jackpots are as follows: 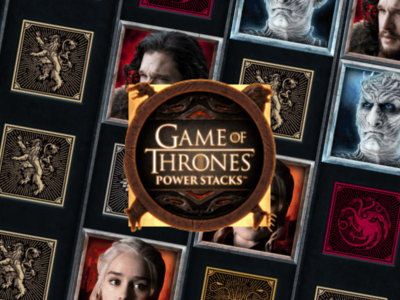 Every spin of the reels will see a random symbol selected to become Power Stacked. If this symbol lands on the reels then there's a chance that it will become fully stacked. 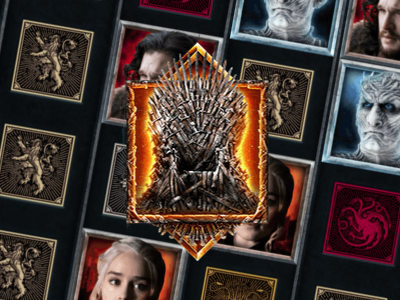 Upon landing 3 or more scatter symbols on the reels players will trigger 14 free spins in which all wins are doubled and wilds will land fully stacked. 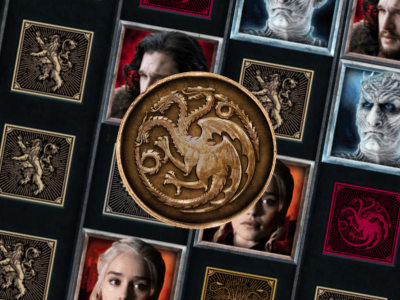 Upon landing 5 or more special coin symbols players will be taken to a new game screen in which they receive 3 respins in the hope of landing more coins on the reels. 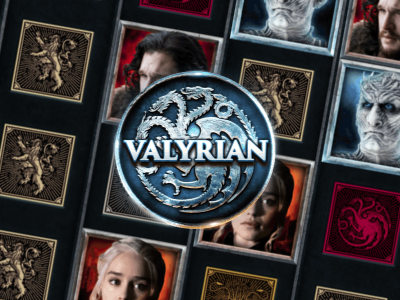 Players can potentially trigger one of four fixed local jackpots, the bronze, silver, gold and Valyrian Jackpot. The latter can see players win up to 5,000x their stake.

Game of Thrones Power Stacks is a 5-reel, 40 payline TV/Movie-themed slot developed by Microgaming and Slingshot Studios. Based on the legendary television series of the same name, this slot is all about two very special features! The Power Stacks feature and the Link & Win feature. What's more, this slot can not only see players win 25,000x their stake but also one of four fixed local jackpots!

This awesome branded slot is fully licensed and features absolutely everything you'd expect from a Game of Thrones title. Behind the game reels players are treated to beautiful landscapes from around Westeros... When we were playing we saw the frozen wastes beyond the wall and the coastal city of King's Landing, home to the Iron Throne.

Low paying symbols in Game of Thrones Power Stacks are the banner of the Great Houses of Westeros: House Greyjoy, House Stark, House Lannister and House Targaryen. High-paying symbols are characters from the show: Tormund Giantsbane, The Night King, Sansa Stark, Daenerys Targaryen and Jon Snow. Special symbols in Game of Thrones Power Stacks include an Iron Throne scatter symbol and a TV-show logo as the wild symbol.

In terms of the soundtrack, a dramatic orchestral score taken straight from the show plays... When the free spins bonus feature is triggered the famous Game of Thrones title song composed by Ramin Djawadi plays. It makes from some absolutely epic gameplay and yes, we were humming along as our free spins played out, we guarantee you will as well!

This slot is a little bit chaotic in terms of layout but once you've made a few spins you'll get your head around it all. On the left-hand side of the game screen there's a four-tiered jackpot tracker and below that is a Power Stacks indicator, which shows which symbol can be stacked across an entire reel for that spin.

On the right-hand side of the game reels is a hamburger menu (which opens stake selection, autospin and turbo spin options), a spin button and a '. . .' button that opens up the game's paytable, features and game rules.

This high volatility slot has an RTP of 96.20% and a maximum win potential of 25,000x the player's stake which is pretty damn good! If you've got the bankroll to sustain long-term high volatility gameplay then this slot is worth a spin!

We're always excited for new branded slots, especially ones based on arguably the greatest television shows of all time! Power Stacks are a fun feature that, and Link & Win is even better! We genuinely found ourselves on the edge of our seats with each and every spin in the hopes of triggering one of the two features. The massive win potential of 25,000x was just the cherry on the cake.