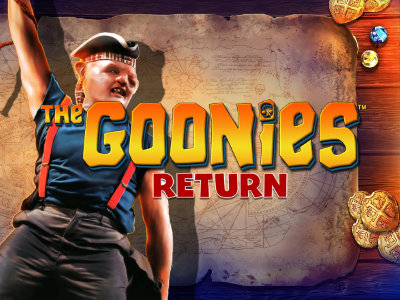 It's time to do the Truffle Shuffle again with Blueprint's The Goonies Return. Following the incredible success of the original slot, The Goonies, Blueprint decided it was time to resurrect the slot and make it even better.

Playing on 5-reels with 20 paylines, this slot has improved graphics, a bigger variety of voice-overs and even bigger wins of up to 50,000x your stake. There are a variety of modifiers that appear along with a huge amount of features including bonus rounds, free spins and bonus wheels. Never say die with the Goonies Return.

Jump straight into the action and play The Goonies Return now at the following fully licenced UK slot sites. These slot sites have been thoroughly audited and reviewed by the team here at Slot Gods to ensure they offer an exceptional user experience, are trustworthy, safe, secure, and boast the best selection of online slots in their portfolio including The Goonies Return...

“ A triumph from Blueprint and one of the best TV/Movie slots! ”

During any spin, the One-Eyed Willy feature can trigger and award 1 of 7 modifiers. These modifiers include:

Landing 3 or more of the bonus scatters will trigger the One-Eyed Willy Bonus Spin which can award you 1 of 6 different bonuses. You can either collect these or gamble your way to One-Eyed Willy Riches. The bonuses include:

Managing to land 5 bonus symbols or gambling on the wheel can award you the One-Eyed Willy Riches. During this mode, you'll spin 3 spins and each multiplier value locks and resets the spins. Each of the Goonies can award special perks which include:

This mode ends once you run out of respins or fill up the reels. All the prizes are added together to give you a final award. Land a minimum win of 15x stake to gain the chance to gamble to upgrade your feature or just collect your winnings. 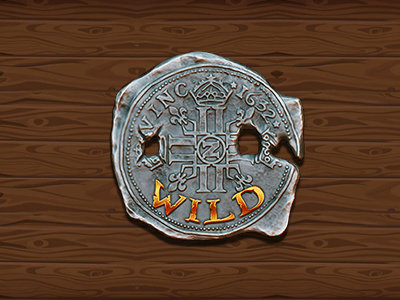 At any point in your gameplay, you can trigger the One-Eyed Willy Modifiers which can give you 1 of 7 different bonuses. These could be instant wins, weapons turning losses into wins or even just turning symbols into wilds! 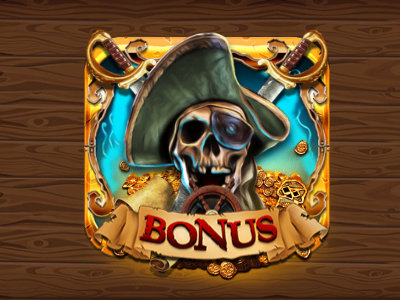 If you manage to land 3 or more bonus scatters, you'll trigger One-Eyed Willy Bonus Spin which can award you 1 of 6 different bonuses. These include free spins, multipliers and much more to give you big wins. 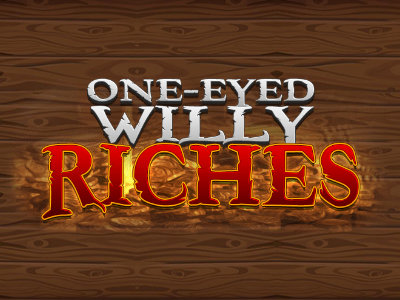 The final bonus round includes landing 5 bonus symbols or gambling on the wheel to gain this feature to unlock a respin round. Each multiplier symbol resets the counter to 3 and each character gives you special bonuses.

You'd struggle to find someone who hated The Goonies as it's a classic film that entertains and excites audiences decades after its release. It's no surprise as to why Blueprint Gaming decided to bring the iconic film to the iGaming world with The Goonies slot in 2018. Amazingly, the slot became a cult classic within the online slot world and is still popular even today.

This is exactly why Blueprint decided to bring back the beloved gang for another adventure in The Goonies Return. All the crew returns to uncover even more hidden treasure, but they still have those nasty Fratellis chasing after them. Throughout the slot, you must help The Goonies and find the treasure before Mama Fratelli does! As an honourary Goonie, you can't let down your friends - as Goonies never say die!

The slot opens up with a Chunk, Slot and Data coming onto the screen with trademark catchphrases which make the slot feel authentic to the film. After the excitement from the characters, the slot opens up a map in the background with various doubloons and Goonie items such as marbles. Even during spins, you hear quotes from the film and certain characters speaking which is a delight to hear - but headphone users might want to turn down the volume as it can be quite loud.

In terms of the symbols on the reels, you'll find Data (played by Ke Huy Quan), Mouth (played by Corey Feldman), Mikey (played by Sean Astin) and Chunk (played by Jeff Cohen) with each of them having a cell-shaded style of drawing to make them stand out.

What's even more incredible is the fact that each of the bonus rounds has individual backgrounds and animations showing how well-rounded this slot actually is - it feels like Blueprint literally created a whole world for The Goonies.

As previously mentioned, the audio features lines from the film but the slot also features the 'Fratelli Chase' score from the film to make it feel more like a faithful adaptation. This combined with the clips from the film definitely makes this one of the best TV/Movie slots out there!

The base game of this slot is simple to follow with 5-reels and only 20 paylines - but it's during the features when things get a little complicated and overwhelming. Newcomers to online slots may struggle with this as there are 7 modifiers and 6 bonuses through the wheel. Whilst the sheer volume of features may be overwhelming, they are easy to follow once you read through them but we recommend getting out the question mark on the menu at the bottom left.

You can find the spin button to the right of the screen and it's highlighted by the gold circle underneath the skull with a green play button on top. At the bottom of the screen, you'll find the autospin and the bet level to the far left. Sound can be adjusted at the bottom left along with a paytable and a how-to-play guide as well.

It's fair to say that the win potential has a huge improvement in this sequel as the maximum win is 50,000x your stake in the base game which can be achieved through the many bonuses and features. With the sheer volume of features, you'll find yourself triggering at least once during your playthrough.

As for the RTP, it's the same level as the original with a decent 96% with the volatility being medium as well. You'll find a mixture of high and low payouts, but if you budget right then you can play this type of slot for a decent amount of time.

The Goonies Return is a quintessential Blueprint Gaming slot full of amazing features and faithful to the adaptation. You'll definitely not struggle to trigger at least one of the many features and laugh out loud at the hilarious characters from the film.

Perhaps, the only negative thing is that this slot could be too complicated for newcomers as there is a lot going on. However, these features are overly complicated but they just look like a slot. We'd definitely recommend this slot for seasoned players or at least try the demo first to get a feel for the slot. One thing is clear, once you come to grips with everything, you'll have an absolute blast!

Play The Goonies Return now at the following verified UK slots sites. These slot sites are fully licenced and have been thoroughly vetted and reviewed by us to ensure they offer a great user experience, are trustworthy, secure, and have a wide variety of the best online slots in their lobbies including The Goonies Return:-

Enjoyed The Goonies Return? Here's a handful of similar slots we think you'll like too. These online slots have been chosen based on features and themes similar to The Goonies Return. You might also want to check out other Blueprint Gaming slots.