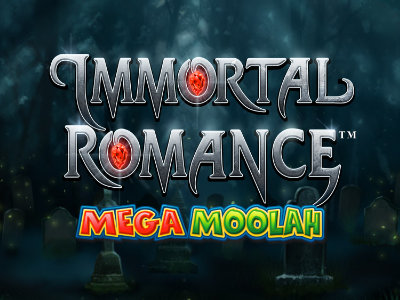 The classic vampire romance is back with even more riches with the lucrative Mega Moolah jackpot. Immortal Romance Mega Moolah brings back all your favourite characters from the 2011 cult classic.

The Chamber of Spins returns with 4 different free spins options alongside the wild desire that can be triggered at any random moment. If you are looking for a high volatility slot with engaging gameplay and an unbelievable progressive jackpot, then you are in the right place.

“ An extraordinary slot now with an iconic jackpot! ”

Jump straight into the action and play Immortal Romance Mega Moolah now at the following fully licenced UK slot sites. These slot sites have been thoroughly audited and reviewed by the team here at Slot Gods to ensure they offer an exceptional user experience, are trustworthy, safe, secure, and boast the best selection of online slots in their portfolio including Immortal Romance Mega Moolah...

There's no denying that Immortal Romance Mega Moolah is all about the Chamber of Spins in terms of features. Ultimately, this can be triggered by landing 3, 4 or 5 lion scatters anywhere on the reels. There are four different free spins options with the latter three being unlocked the more you spin. The different free spin options include:

During spins, players can randomly trigger the Wild Desire feature which can turn reels into wilds with the potential to completely fill up the reels.

The main attraction of this slot is the Mega Moolah Progressive Jackpot which can be triggered on each spin. After the jackpot is triggered, you'll be transported to a wheel to determine if you'll win one of the four jackpots. The jackpots include: 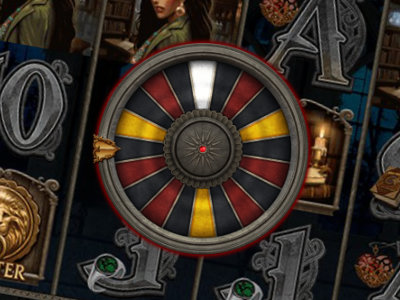 The Chamber of Spins

This slot has not just one, but four different free spins that can be triggered through The Chamber of Spins. During these spins, you could win up to 25 free spins with multiple bonuses attached. 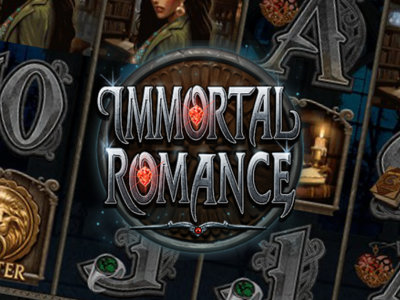 Randomly triggered at any moment during the base game, Wild Desire can turn up to five reels into full stacks of wilds. Ultimately, this can open up even more paylines. 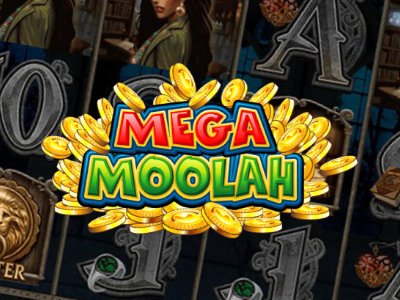 Just any spin, you can trigger the Mega Moolah Progressive Jackpot wheel and win on either the Mini, Minor, Major or Mega Jackpot. The biggest jackpot starts at 1,000,000.

Once upon a time, Microgaming released a slot unlike any other. In 2011, the world of slots saw a brand new type of game that not only played well but had a fascinating story attached. This slot was called Immortal Romance and instantly became a favourite amongst online slot players. It was due to this success that they even decided to give it a face-lift in 2020 to make it even better.

Despite this, fans weren't fully satisfied as the slot lacked some sort of jackpot - thus, Immortal Romance Mega Moolah was born. Just like the original, it plays on 5-reels with 243 ways to win but the increase has the wonderous Mega Moolah Jackpot attached. Everyone's favourite Chamber of Spins returns alongside the Wild Desire feature making this more than just your average jackpot slot. If you love slots with tones of character, charm and a hefty jackpot - then you have come to the right slot!

Set in a gothic-looking building, Immortal Romance Mega Moolah retains the same setting as the original slot. You are placed almost at the alter of a marvellous looking building adorned with different statues including gargoyles and angels. There is some light creeping in but are shown as slight particles breaking through the corners of the screen.

The symbols on the reels feature the traditional playing card numbers which have been stylised to look a little grungy. Alongside these symbols, you have the different characters of the Immortal Romance series. Here you have Amber, Troy, Michael and Sarah with each of them given their own backstory and narration in the settings. It's highly recommended to do this as you'll have even more context for this slot.

When you land matching symbols of the same character, you'll trigger a mini cutscene that showcases a moment from their lives. It really gives you a better insight into the characters and you can't help but want to watch more.

Through the narration, you'll find out that Amber is connected to Caribbean witches and plans to protect Sarah from the vampire Michael. However, her plans are thwarted when another vampire, Troy, arrives in town and causes even more conflict. It's clear that the story of Immortal Romance is an even more intriguing and better love story than Twilight could ever be.

Thankfully, the music perfectly accompanies the whole aesthetic with a soft piano and violin track to create something that is both beautiful and eerie. It definitely builds up the suspense and tension in the slot with the heartbeat sounds throughout spins a perfect finishing touch.

Whilst the design and overall tone of the slot may seem complicated, the gameplay is straightforward and easy to follow. It plays on 5-reels with 243 ways to win and a variety of features to get you engaged.

The infamous Chamber of Spins returns to give players one of four different free spins options with their own bonuses. Of course, the biggest addition has to be the Mega Moolah Jackpot that can be randomly triggered on any spin. You'll be led to spin a wheel for the chance to win on the Mini, Minor, Major or Mega Jackpot.

In terms of accessibility, you can find the spin button, bet level, autospin and further menu to the right of the reels. The drop-down menu has the paytable and the settings which include sound.

Immortal Romance Mega Moolah is a high volatility slot that can deliver a base win of 12,000x your stake. Ultimately, this can be won by getting 5 wild reels in the Wild Desire or Troy feature with the x6 multiplier.

Of course, Immortal Romance Mega Moolah adds in the progressive jackpot with four different jackpots to be won. The feature can be randomly triggered and decided by a spin on the wheel. The biggest jackpot, the Mega Jackpot, starts at 1,000,000 - which is literally a life-changing win! Now the RTP is lower than the original at 92.03% but as there's a progressive jackpot attached, this is to be expected.

Microgaming had a hit on their hands with the original in 2011 and even more so with the upgraded version in 2020. The original Immortal Romance brought forward an intriguing plot that just hadn't ever been seen in slots before.

Overall, the design and gameplay of Immortal Romance are remarkable with so much detail that you can't help but appreciate the beauty of it. Sadly, the Immortal Romance Mega Moolah version is literally the same as the original slot - but this isn't necessarily the worst. Why ruin something that's already magnificent?

The Mega Moolah Jackpot finally gives jackpot hunters the chance to experience the spectacular slot that is Immortal Romance. There's no denying that this slot stands way above the rest of the Mega Moolah slots is something that is truly iconic and we expect to become an even bigger cult classic. So embrace the horror and romance by giving Immortal Romance Mega Moolah a spin.