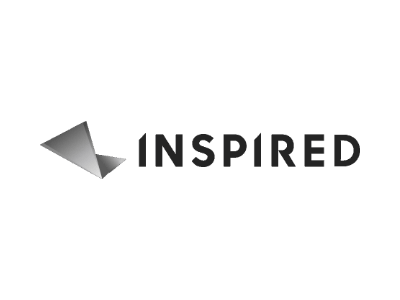 Inspired Entertainment (formally known as Inspired Gaming) is one of the world's leading Server Based Gaming suppliers, having developed a whole host of casino games for the land-based casino industry over nearly two decades.

The company employs over 10,000 people and have over 50,000 physical gaming machines in casinos around the globe. The UK-based provider moved into the online casino sector in 2011 and has released a string of popular slots as well as a number of games for the Chinese market, after signing a contract with the Chinese Government in 2015.

All of the games shown below are ones we consider worthy of being called the very best Inspired Entertainment online slots.

Searching for new Inspired Entertainment online slots? We understand the importance of variety when it comes to playing at your favourite slot sites, and that's why it's vital to keep on top of each and every new slot release.

We're proud to bring you a comprehensive list of new Inspired Entertainment online slots that have been thoroughly playtested and reviewed. We can confidently confirm these slots are safe, reliable and most importantly, enjoyable to play.

Below you'll find a complete list of Inspired Entertainment online slots in alphabetical order. Click on a slot to find out more about it and play for free.

Are you looking for the best slot sites to play Inspired Entertainment titles? The expert team here at Slot Gods have scoured the internet to find a collection of online casinos that are more than worthy of your patronage.

Not only will you find all of the Inspired Entertainment titles here, but you'll also have a great time playing them with the assurance that your funds and winnings are safe and secure.

Inspired Entertainment are one of the world's leading server based gaming suppliers, operating in over 35 jurisdictions around the globe and supplying over 50,000 physical gaming machines in land-based casinos, betting shops, pubs, arcades and bingo halls.

When the company first launched in 2002 they specialised in virtual sports, creating market-leading virtual sports betting platforms, where they quickly gained a strong reputation as the best in the business. By 2015 the company had enough pulling power to attract the attention of Mike Tyson, Inspired signed an exclusive 15-year brand license with Iron Mike, seeing the duo develop and release what's considered the world's most successful virtual boxing game, Mike Tyson Virtual Boxing. If you get the opportunity check this game out, as it looks truly stunning!

Of course, Inspired's portfolio stretches further than just virtual sports, the company have developed a range of popular online slot games for both the Western iGaming market as well as Asian-themed games for the East, even going as far as to sign an official deal with the Chinese government to develop a range of games for their truly unique market.

Strangely, such was the companies success in the virtual gaming sector, that they caught the attention of, and were acquired by an American e-sports organisation Hydra in 2016, this saw them rebrand from Inspired to Inspired Entertainment. With such a diverse portfolio of games, it's yet to be seen which direction the company will go in going forward.