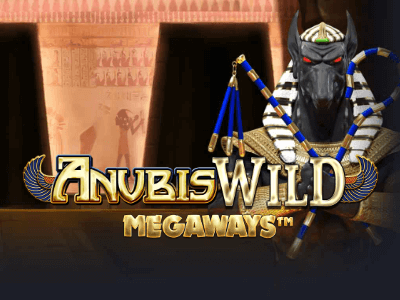 One of the oldest gods in Ancient Egypt, Anubis is the god of the afterlife as well as the patron of lost souls. In this slot, he'll guide you to big wins with even more ways to win with Megaways.

Players can enjoy the random Mystery Symbols feature or trigger a maximum of 82 free spins throughout this slot to help you win.

Jump straight into the action and play Anubis Wild Megaways now at the following fully licenced UK slot sites. These slot sites have been thoroughly audited and reviewed by the team here at Slot Gods to ensure they offer an exceptional user experience, are trustworthy, safe, secure, and boast the best selection of online slots in their portfolio including Anubis Wild Megaways...

Now as an Egyptian themed slot, Anubis Wild Megaways has a slot to compete with. There aren’t a load of features but it retains most of the staples needed for online slots. As expected, the wilds substitute all except the scatter symbols and the win system includes cascades.

The bonus top up feature allows the player to enhance the current bonus feature and players gamble their own stake for this. If the pointer lands in the green portion of the bonus wheel, then players will win extra free spins. However, if it lands on the red, then they’ll lose. Note this may not be available in the UK, so check first. 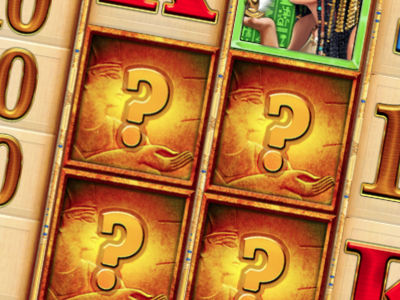 Indicated by the question mark symbol, once this symbol hits the reels then all the mystery symbols will change into one of the main game symbols. 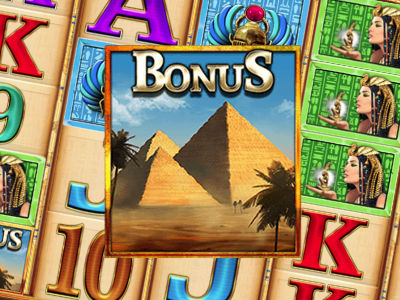 12 Free spins can be unlocked by landing 3 or more scatters. Players can unlock additional scatters to add 2 with the potential to reach 82. During this mode, wilds that land become sticky and can add multipliers.

With Mystery Symbols and the potential to reach 82 free spins, Anubis Wild Megaways is a slot that deserves some extra attention. If 82 free spins sounds like a feature you want to experience, try out this slot.

As the slot opens, you’ll notice that the background is an ancient Egyptian tomb with hieroglyphics all over the walls with a few torches to illuminate the way. Now the symbols on the reels are little more what you’d expect with an Egyptian slot. They are bright and seem stylised like the Hollywood film Cleopatra. It’s intended to be glamorous and elegant, and successfully does so.

Now the sounds lean more towards a hidden mystery with eerie music to create suspense. It definitely feels more like a horror film with the unsettling wind in the background. Throughout spins, there is music playing but it feels like Anubis is waiting to jump out at any minute. Honestly, it’s fun design for an Egyptian themed slot.

Despite it being a Megaways slot, the gameplay is simple to follow. All you need to do is spin and that’s about it. Most menus are either to the left or right of the reels with the spin button being to the far right. Like most slots, you can hold down the space button to activate the autospin menu.

Whilst the RTP isn’t earthshattering at 95.90%, it’s an acceptable amount for players. During the base game, players can see wins of up to 50x their stake by landing 6 of the eye symbols. Naturally, if players fill up the reels with these symbols, then they’ll win 300x their stake.

According to the developers, the maximum win potential is capped at 250,000 - so there’s the potential to win this much. That isn’t a terrible amount for a medium volatility slot and could lead to some impressive wins.

Egyptian slots are generally hit and miss but this one ticks most of the boxes. It looks better than your average Egyptian slot and has some engaging gameplay with the Megaways. The whole creepy atmosphere of an ancient tomb is superb and can leave you looking behind your shoulder.

Sadly, the lack of diverse features does let it down a little bit. It has the potential to give players 82 free spins and Mystery Symbols, but that’s about it. Adding multipliers or more impressive wilds could’ve elevated this slot to a game changer within the Egyptian theme.

Don’t let that put you off too much, with a decent RTP and the free spins feature - Anubis Wild Megaways is definitely worth a spin.

Play Anubis Wild Megaways now at the following verified UK slots sites. These slot sites are fully licenced and have been thoroughly vetted and reviewed by us to ensure they offer a great user experience, are trustworthy, secure, and have a wide variety of the best online slots in their lobbies including Anubis Wild Megaways:-

Enjoyed Anubis Wild Megaways? Here's a handful of similar slots we think you'll like too. These online slots have been chosen based on features and themes similar to Anubis Wild Megaways. You might also want to check out other Inspired Entertainment slots.