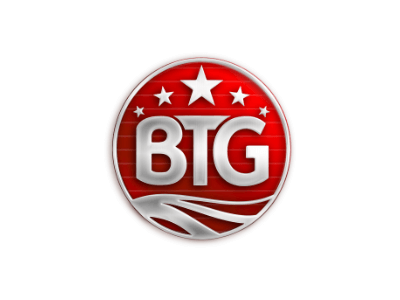 You've heard of Australian iGaming developers Big Time Gaming, right? Well, it might just surprise to hear that this iconic company have been on the scene for barely a decade! Big Time Gaming has exceeded all expectations and more, taking the iGaming world by storm when they invented the immensely popular Megaways mechanic.

If you're looking to play some of the best Big Time Gaming slots then look no further. We've personally spent months playing all of the titles Big Time Gaming has to offer, digging deep into every aspect of what makes these games great.

All of the games shown below are ones we consider worthy of being called the very best Big Time Gaming online slots.

Searching for new Big Time Gaming online slots? We understand the importance of variety when it comes to playing at your favourite online casinos, and that's why it's vital to keep on top of each and every new slot release.

We're proud to bring you a comprehensive list of new Big Time Gaming online slots that have been thoroughly playtested and reviewed. We can confidently confirm these slots are safe, reliable and most importantly, enjoyable to play.

Below you'll find a complete list of Big Time Gaming slots in alphabetical order. Click on a slot to find out more about it and play for free or real.

Stay up-to-date with what's coming soon from Big Time Gaming! We've managed to get exclusive early access to some of Big Time Gaming's best new upcoming slots and are sharing them with you right here.

Are you looking for the best slot sites to play Big Time Gaming slots? The expert team here at Slot Gods have scoured the internet to find a collection of online casinos that are more than worthy of your patronage.

Not only will you find all of the Big Time Gaming titles here, but you'll also have a great time playing them with the assurance that your funds and winnings are safe and secure.

Despite being fairly young in comparison to other studios, online slot developer Big Time Gaming has garnered themselves legendary status in the iGaming world for their innovative game mechanics that have revolutionised online slots forevermore.

The company first burst on the scene back in 2011 when gaming developer Nik Robinson left Openbet (a company he founded under a different name 14-years earlier) alongside colleague Huw McIntosh. The pair took with them Creative Director Ian Schmidt who worked for legendary company Rock Star Games (who were behind the Grand Theft Auto series).

Together the trio built Big Time Gaming from the ground up with the initial aim of creating online slot games that paid out non-jackpot prizes of over 20,000 coins, something no other developer was doing at the time. Of course, they succeeded.

In 2015 Megaways slots were unveiled to the world when the team released Dragon Born, a new type of online slot game that offers players a jaw-dropping 116,749 ways to win, something never before seen in any form of slot game.

They were able to offer players so many different ways to win thanks to their Random Reel Modifier technology that changes the number of rows on each reel after every single spin, meaning the number of paylines fluctuates.

Strangely, despite the new exciting new Megaways mechanic, it wasn’t this title that caused Big Time Gaming to hit the dizzy heights they enjoy today, it was their 2016 release (and twentieth overall game) Bonanza Megaways that garnered worldwide attention for the fledgeling brand.

The growth of the studio has been massively helped on thanks to Big Time Gaming’s willingness to license out the Megaways mechanic to rival companies, over the years a horde of developers (including Blueprint Gaming, NetEnt, Pragmatic Play and Red Tiger Gaming) have all lined up to get their hands on the innovative Megaways mechanic so they can implement it into their own games.

What’s more, Big Time Gaming has been lucky enough to secure the rights to create a handful of branded slots that have greatly boosted their popularity, including Who Wants to be a Millionaire, Monopoly and Survivor.

With Big Time Gaming and their licensees set to have 200 Megaways titles from over 50 different online slot providers very soon, the future looks bright for this growing company, especially if they can emulate the success of Megaways with their latest innovations Megaclusters and Megaquads.