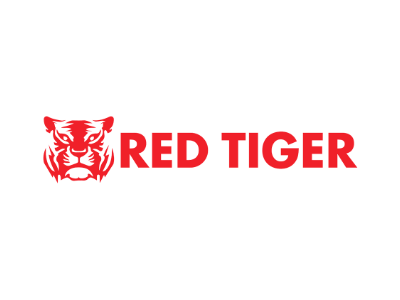 Owned by online slot giants NetEnt, Red Tiger Gaming is one of the brightest young iGaming studios in the entire world. This studio have racked up more awards then we can even count at this point and we have absolutely no doubt that there's a LOT more to come from them. This incredibly talented team are responsible for classic slots such as Pirates' Plenty, Mystery Reels and Gonzo's Quest Megaways!

If you're looking to play some of the best Red Tiger Gaming slots then look no further. We've personally spent months playing all of the titles Red Tiger Gaming has to offer, digging deep into every aspect of what makes these games great.

All of the games shown below are ones we consider worthy of being called the very best Red Tiger Gaming online slots.

Searching for new Red Tiger Gaming online slots? We understand the importance of variety when it comes to playing at your favourite online casinos, and that's why it's vital to keep on top of each and every new slot release.

We're proud to bring you a comprehensive list of new Red Tiger Gaming online slots that have been thoroughly playtested and reviewed. We can confidently confirm these slots are safe, reliable and most importantly, enjoyable to play.

Below you'll find a complete list of Red Tiger Gaming online slots in alphabetical order. Click on a slot to find out more about it and play for free.

Stay up-to-date with what's coming soon from Red Tiger Gaming! We've managed to get exclusive early access to some of Red Tiger Gaming's best new upcoming slots and are sharing them with you right here.

Are you looking for the best slot sites to play Red Tiger Gaming titles? The expert team here at Slot Gods have scoured the internet to find a collection of online casinos that are more than worthy of your patronage.

Not only will you find all of the Red Tiger Gaming titles here, but you'll also have a great time playing them with the assurance that your funds and winnings are safe and secure.

Founded in 2014 by a group of ambitious industry veterans, Red Tiger Gaming has long enjoyed a strong reputation for being one of iGaming’s most exciting and promising young online slot game developers.

Red Tiger’s first big hit Dragon’s Luck arrived at online casinos across the internet in 2015 and immediately set the benchmark as to the kind of high-quality content players could expect from the company going forward. Since then the company has released over 170 games.

Their greatest innovation is without a doubt the Red Tiger Daily Jackpot network. These came ahead of the EURO 2016 when operator Paddy Power tasked the developers with finding a way to make a slot more exciting that would coincide with the final few minutes of one of the tournament matches.

The introduction of the Red Tiger Daily Jackpot

Red Tiger created a progressive jackpot that grows as the timer ticks down second by second until it hits 00:00:00, the catch is that one lucky player HAS to win the jackpot. Such was its popularity during the tournament, the company opted to retain it and make it bigger and better, now there’s an entire network of casinos that have lobbies dedicated to Daily Jackpots.

The largest Daily Drop win to date sits just short of £80,000, but as more players inevitably find themselves playing the studio’s incredible slots, there’s no doubt this figure will be eclipsed.

All eyes on Red Tiger Gaming

In 2017 the company picked up its first major award, the EGR B2B Innovation in Slots Provision award, since then they’ve up another 14 awards including Slot Supplier of the year, Best Casino Product and Best Online Slot. In 2020 they broke EGR awards history by taking no fewer than five awards home on the night.

Naturally, all this positive attention had many people looking towards the fast-growing company to see what it was they were doing right in order to garner so much praise, one set of eyes belonged to none other than industry giants NetEnt, who in late 2019 tabled a £200 million bid for the company which was accepted and a merger ensued.

The fast-growing company were allowed to retain their independence and have continued to create a string of incredible online slots that remain some of the best in the business. The close working partnership with NetEnt has also allowed Red Tiger to sink their teeth into some huge groundbreaking projects, such as the development and release of Gonzo’s Quest Megaways.

The company have clearly gone from stride to stride since being acquired by NetEnt, and after a string of top quality releases, we predict the future is bright for Red Tiger Gaming.