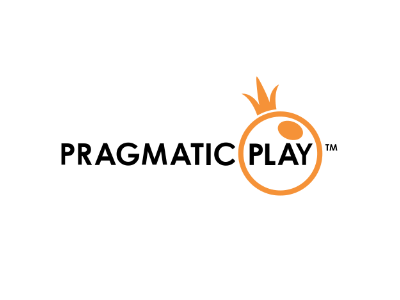 Having had a rough introduction to the world of iGaming, Pragmatic Play has overcome multiple obstacles over the years and have transformed itself into a quality award-winning studio.

If you're looking for quality, good old fashioned online slot games then look no further as these guys have a great selection of games on offer.

If you're looking to play some of the best Pragmatic Play slots then look no further. We've personally spent months playing all of the titles Pragmatic Play has to offer, digging deep into every aspect of what makes these games great.

All of the games shown below are ones we consider worthy of being called the very best Pragmatic Play online slots.

Searching for new Pragmatic Play online slots? We understand the importance of variety when it comes to playing at your favourite online casinos, and that's why it's vital to keep on top of each and every new slot release.

We're proud to bring you a comprehensive list of new Pragmatic Play online slots that have been thoroughly playtested and reviewed. We can confidently confirm these slots are safe, reliable and most importantly, enjoyable to play.

Below you'll find a complete list of Pragmatic Play online slots in alphabetical order. Click on a slot to find out more about it and play for free.

Are you looking for the best slot sites to play Pragmatic Play titles? The expert team here at Slot Gods have scoured the internet to find a collection of online casinos that are more than worthy of your patronage.

Not only will you find all of the Pragmatic Play titles here, but you'll also have a great time playing them with the assurance that your funds and winnings are safe and secure.

Pragmatic Play first came onto the scene in 2007, then known as TopGame Technology, a software provider that stepped in to fill the void left by developers who had left the American iGaming market after the introduction of the Unlawful Internet Gambling Enforcement Act.

A brief history of Pragmatic Play

The company quickly grew in stature and was responsible for providing software to a large number of legal casinos in the States, however, due to a worrying concoction of issues they were also gaining a bad reputation within the industry and something needed to change.

In 2015 the company underwent a much-needed facelift, receiving a complete rebrand that saw them change their name to Pragmatic Play, a year later they were sold to new owners (an investment firm known as the IBID Group) and a much healthier and happier chapter began for the reformed company.

The last few years have seen the company release a number of incredibly popular online slots, including a whole host of different slot franchises. Some of the biggest examples include the John Hunter series, Sweet Bonanza series, The Dog House series and the popular Great Rhino series.

It's a clear indication that slot enthusiasts love Pragmatic Play as so many games expand into fully-fledged franchises.

Pragmatic Play is known for its diverse selection of games available from lively slots such as Heart of Rio to dark ones such as Curse of the Werewolf Megaways.

There are even slots for avid fishers with Big Bass Bonanza or something for those who want something truly beautiful with Wolf Gold.

In addition to online slots, Pragmatic Play has an amazing bingo service that is on PlayOJO and live casino games such as Sweet Bonanza Candyland and Dragon Tiger Live.

As one of the greatest respin mechanics, Pragmatic Play released Hold & Spin that is triggered through landing 5 or more bonus symbols to trigger 3 respins.

These respins are reset with each special symbol that lands and there are often fixed jackpots attached to this! We recommend trying out Dragon Hot Hold and Spin, Lucky, Grace and Charm and Cash Elevator to try out this mechanic.

Having won several major iGaming awards, procured licenses in the United Kingdom, Malta and Gibraltar and opened offices across Europe and Asia we think it’s fair to close the book on Pragmatic Play’s bumpy past and look towards the future as this company continues climbs from strength to strength with little drama and much fanfare.

From EGR Awards to Malta Gaming Awards, Pragmatic Play is a slot developer and company to look out for as they have built a solid reputation as one of the greatest in the iGaming world.