Curse of the Werewolf Megaways

Curse of the Werewolf Megaways is an atmospheric 6-reel, 46,656 ways to win high-volatility slot developed by Pragmatic Play. This spine-tinglingly terrifying slot boasts a handful of features including mystery symbols that can transform into other symbols in order to form winning combinations, randomly triggered super spins that can see stacks of high-value symbols come into play forcing guaranteed wins and incredibly fun free spins round. The free spins round sees villager symbols turn into high-value werewolf symbols if they're overcome by the villainous monster.

Curse of the Werewolf Megaways Features

Players will most likely first come across the Curse of the Werewolf Megaways' Mystery Symbol feature, which sees a mystery symbol randomly transform into something else in order to form a winning payline. On top of that, there are also two different spin modifiers that can trigger during the base game, these are Super Spin modifier, which sees a stack of symbols appear on the reels, and the Gauranteed Win modifier that sees a big win guaranteed.

The other main feature in this frightful Pragmatic Play slot is the Free Spins bonus. The number of bonus symbols that land on the reels during the base game determines how many free spins the player will receive, these are as follows:

During the free spins round there's an additional feature that sees the werewolf attack townsfolk (those appearing as symbols), removing one of their lives each time they appear on the reels. If the werewolf manages to remove all five lives of a character then they themselves will turn into a werewolf and their symbol will be replaced with a high-value werewolf one. In addition to this players will be awarded another free spin. 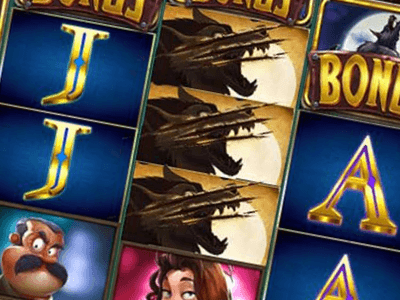 When the mystery symbol appears in-game, it can appear anywhere on the reels at any size. The mystery symbol(s) will then transform into the same symbol in order to create a random winning payline. 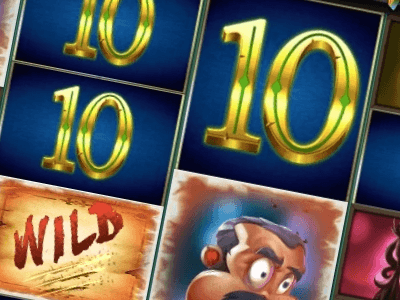 At any time during the base game, a 'Super Spin' can trigger, this sees a stack of high-value symbols appear. There's also the possibility that a 'Guaranteed Win' spin can trigger, which guarantees a large winning payline. 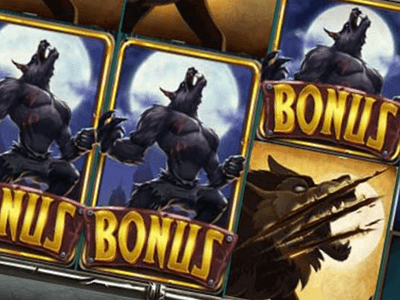 The free spins bonus can trigger when anywhere between 3 and 6 bonus symbols land anywhere on the reels. During this time attacking werewolf symbols can appear which see game characters lose lives, leading to additional free spins and new high-paying symbols.

Curse of the Werewolf Megaways Review

Curse of the Werewolf is a spine-chillingly frightening horror-themed slot that's all about... You guessed it, Werewolfs! Featuring Big Time Gaming's famous Megaways Mechanic this Pragmatic Play slot sees players offered the opportunity to win 40,976x their initial stake thanks to the game's 46,656 ways to win.

This slot features multiple bonuses and mechanics such as mystery symbols, transforming symbols and stacked symbols. If that wasn't enough there's also a generous number of free spins up for grabs on top of that.

We honestly can't speak highly enough of the design team at Pragmatic Play, they could quite easily have thrown together a generic horror-themed slot game that's barely distinguishable from the last, however, this game has oodles of charm!

Once loaded into the main game, a church bell rings continuously in the background as dramatic and ominous organ music plays as well. Once you start spinning the reels the music becomes faster-paced and you'll often hear a werewolf howling.

Curse of the Werewolf Megaways plays like most standard Pragmatic Play slots. Players can change their bet value on the far right-hand side of the screen using by clicking the - and + on either side of the spin button. On the other side plays can view game information and the paytable, it's that simple! A box in the top right-hand corner of the game screen will indicate how many Megaways are in play during any given spin of the reels.

First things first, we should address the elephant in the room. We don't agree that a slot should give itself the Megaways title if it's not offering at least the original 117,659 ways to win. However, perhaps we've gotten greedy over time? Because 46,656 paylines isn't anything to be scoffed at. This slot has a fair RTP of 96.05% and offers players the opportunity to win 40,976x their initial stake, which is pretty generous!

Curse of the Werewolf Megaways is a lot of fun, there's more than enough going on during both the base and game and during bonus rounds to keep us thoroughly entertained. The bonus round proved fruitful and we really relished triggering it, as it was exciting to see whether any of the townsfolk would be turned into snarling monsters, leading to some monster payouts!

Play Curse of the Werewolf Megaways