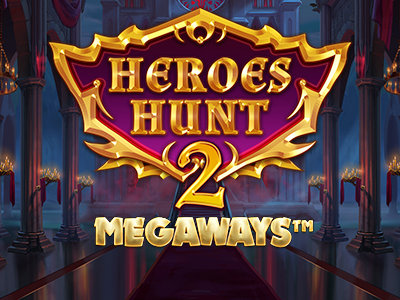 The three furry heroes return to hunt down their latest mighty foe. Developed by Fantasma Games for Relax Gaming, Heroes Hunt 2 is an adventure slot that plays on 6-reels with 46,656 to win with the Megaways mechanic.

Throughout your adventure, you'll find expanding wilds, exploding symbols and a respin feature that can deliver wins of up to 20,000x your stake. Embark on a quest to clear all the evil in the land and find some mighty gold along the way.

Jump straight into the action and play Heroes Hunt 2 Megaways now at the following fully licenced UK slot sites. These slot sites have been thoroughly audited and reviewed by the team here at Slot Gods to ensure they offer an exceptional user experience, are trustworthy, safe, secure, and boast the best selection of online slots in their portfolio including Heroes Hunt 2 Megaways...

Heroes Hunt 2 Megaways is full of features, but it all starts with the Megaways. There are up to 4 blocker symbols on the reels, and you destroy these through wins to increase the paylines. There is a maximum of 46,656 ways to win once you clear all the blockers!

There are 3 unlockable heroes with corresponding features which include:

At the beginning of the game, you choose one starting hero to play with and can unlock additional heroes when you reach 3 EXP (experience points). You can collect these through chest symbols with the potential to gain 1 Wizard EXP, 1 Warrior EXP, 1 Archer EXP or Werewolf Free Spins.

Similarly, you can trigger the Respin Feature by landing one or more of the respin symbols. These also appear on reels 2 to 5 in the base game with Archer or during Vampire Free Spins. Every respin symbol will remove itself from the reels to add 4 to 9 random symbols or blocker symbols. After this, new symbols will fall in to create more opportunity and also awards a multiplier that starts at x1 and increases for every non-respin symbol removed.

To unlock the Vampire Free Spins, you need to unlock all 3 of the heroes and land 3 key symbols on the reels for 10 free spins. During this feature, the vampire symbols appear on reels 1 to 5 and can be destroyed by explosions, expanding wilds or respins to gain additional free spins.

If you manage to destroy 12 or more, then Super Free Spins is activated with 2 free spins. All the wins are multiplied by x100 and all the positions are unlocked with only wilds and regular symbols available.

As previously mentioned, the chest has a chance to activate 10 Werewolf Free Spins. The werewolf wild symbols appear on reels 2 to 5 and turn all the character symbols into wilds. 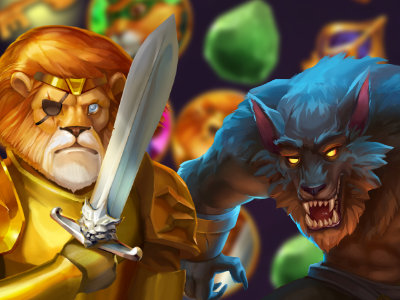 You select a hero as you begin and build up EXP (experience points) to unlock even more heroes meaning more bonuses. Each hero has specific bonuses such as respins, expanding wilds and explosions on the reels. 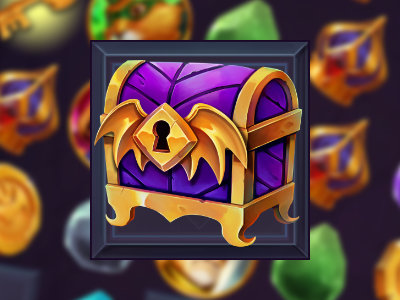 There are 3 different free spins rounds, each with its own bonuses. You can trigger the Vampire Free Spins, Werewolf Free Spins or even the Super Free Spins for multipliers reaching up to x100!

A long, long time ago, there were three animal warriors who protected the land from mythical creatures. In their last adventure, they managed to defeat the terrifying dragon causing havoc all over the land. Once again, they have been summoned to defeat a vampire and a werewolf this time.

Developed by Fantasma Games for Relax Gaming, Heroes Hunt 2 Megaways is an adventure slot with animals that plays on 6-reels with 46,656 ways to win due to the Megaways mechanic. The slot is also chocked full features including 3 different free spin options, respins, expanding wilds and explosions on the reels. So, join this band of heroes and see if you can help rescue the land from these horrific monsters.

The slot is set in a gothic castle that looks beautiful but you can tell something sinister is going on underneath the surface - which is exactly the case during free spins. Each free spin round will take you to the monster with a new background such as seeing the vampire's lair adorned with bats and skulls which adds even more drama to the slot.

In terms of the design of the slot, it's extremely polished and looks like an RPG videogame with the amount of detail with reflections on the marble floor to the lights. The characters themselves look impressive took with an incredible amount of detail including the lion's missing eye to the archers little hat. There are three main characters which include the lion warrior, the raven magician and the archer squirrel which all look like typical RPG characters.

The music is eerie in the sense that the atmosphere is building up in the castle which is perfect for this slot. It almost follows the emotions of the three warriors as they try to defeat the darkness in the castle. The music is similar to the score in Castlevania with a techno track mixed with piano and percussion to create something epic.

Heroes Hunt 2 Megaways has simplistic gameplay at its core with the blockers and Megaways, but it becomes more complicated with the features. There are a lot of features in this slot and it may take you a while to keep up with it all. This is definitely a slot for seasoned players who want new and unique mechanics.

This is a high volatility slot with an RTP of 96.49%. The RTP is a solid amount that is over the average standard of 96%, so we recommend you to check out this slot.

As for the maximum win, you can expect wins reaching up to 20,000x your stake which can be achieved through the Super Free Spins with the x100 multiplier. There are loads of features in this slot to help you gain decent wins with multipliers on every free spin round and even the respin round.

There was not a great expectation for Heroes Hunt 2 Megaways, but it completely blew us away from start to finish. The visuals and design are like a high-quality videogame, and this paired with the amazing features definitely makes it a slot that stands out.

If you are a newcomer to online slots, this may not be the slot for you, but it's perfect for seasoned players who are looking for something new and exciting. There's even a decent win potential with maximum wins reaching up to 20,000x your stake. There's no excuse not to check out this slot as it's sure to give you an amazing adventure.

Play Heroes Hunt 2 Megaways now at the following verified UK slots sites. These slot sites are fully licenced and have been thoroughly vetted and reviewed by us to ensure they offer a great user experience, are trustworthy, secure, and have a wide variety of the best online slots in their lobbies including Heroes Hunt 2 Megaways:-