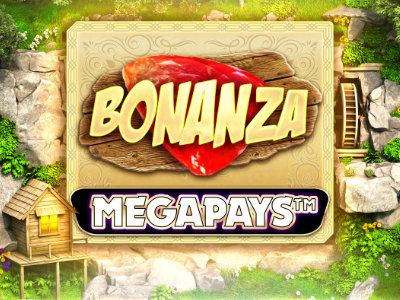 Travel back to the Wild West and get ready to start digging for some precious gold rewards. Big Time Gaming has teamed up with Relax Gaming to release Bonanza Megapays.

Playing on 6-reels with up to 117,649 ways to win - but now with an added progressive jackpot. Everyone's favourite features from the original Bonanza Megaways return but with an even greater prize at the end.

“ Megaways and Jackpots? How could anyone say no ”

Jump straight into the action and play Bonanza Megapays now at the following fully licenced UK slot sites. These slot sites have been thoroughly audited and reviewed by the team here at Slot Gods to ensure they offer an exceptional user experience, are trustworthy, safe, secure, and boast the best selection of online slots in their portfolio including Bonanza Megapays...

Managing to get four or more of the Megapays symbol will trigger the jackpot. You'll then head to Las Vegas where you'll notice a Megapays ladder. There are four different jackpots and these include:

When you land a winning combination, all the symbols will be replaced with another. This is called 'reactions' and they continue until no more wins are formed.

Naturally, this slot carries on over the free spins system from the original slot which is triggered by spelling out G-O-L-D on the reels with the symbols. You will trigger 12 free spins with the potential to gain 5 more free spins by landing extra scatters.

During free spins, an unlimited win multiplier feature begins at 1x with each win increasing it by 1. You can even win an additional 5 or 10 free spins by landing 3 or 4 gold bars on the reels. 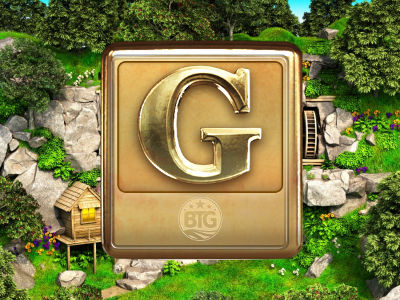 Spelling out G-O-L-D on the reels with the symbols will trigger 12 free spins that start with a multiplier of x1. These increase with each win and are even unlimited for more wins. 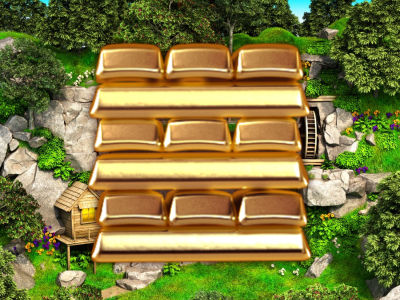 The original Bonanza Megaways is one of Big Time Gaming's most iconic slots as it paved the way for the incredible Megaways mechanic. Therefore, it's no surprise that Big Time Gaming has teamed up with Relax Gaming to deliver the new Megapays mechanic that combines progressive jackpots with the Megaways engine.

Free spins and 'reactions' return to ensure that the gameplay is entertaining. Bonanza Megapays is almost identical to the original - except with the addition of a progressive jackpot. If you love Megaways and jackpots, then this is the slot for you.

The entire background of Bonanza Megapays is set in a gold mining camp during the Wild West. There are small little huts next to a cliff with mining carts above them leading into the gold mines. The reels are also covered by plant life and rocks to showcase the primitive aspects of the mine.

Fitting in with the Wild West mining theme, there are a variety of different gems alongside numbers. Overall, the design fits in well with the theme of the slot and looks great whilst doing it.

As for music, there's a fast-paced banjo tune that sounds like it's straight from The Beverly Hillbillies. There are other sounds such as gunshots and 'yeehaws' throughout to emphasise the cowboy theme. Overall, it completely transports you to the Wild West!

The main reels spin normally with the Megaways mechanic opening up 117,649 ways to win. Above the reels, there is an extra row for even more wins with it adding symbols to reels 2, 3, 4 and 5. Aside from this, the gameplay is straightforward with anyone being able to pick up the gameplay.

The RTP of Bonanza Megapays is 96.4% which is a decent amount but the jackpots lower it to 86.8% which is expected. It's a high volatility slot which means that players can expect less frequent payouts, but for them to be high when they do. The maximum win without the jackpot is 17,926x stake which can be won during the free spins round with the increasing unlimited multiplier.

The original slot released in 2016 and became a staple in the online slot community. Now with an added progressive jackpot, hopefully, Bonanza Megapays will become a mainstay.

All of the brilliant features from the original are back but this time with an even bigger payout with the jackpot. If you love jackpots and the original, then it's a no brainer to check out this slot. It's definitely a spectacle of a slot and worth a spin for the amazing jackpots.

Play Bonanza Megapays now at the following verified UK slots sites. These slot sites are fully licenced and have been thoroughly vetted and reviewed by us to ensure they offer a great user experience, are trustworthy, secure, and have a wide variety of the best online slots in their lobbies including Bonanza Megapays:-

Enjoyed Bonanza Megapays? Here's a handful of similar slots we think you'll like too. These online slots have been chosen based on features and themes similar to Bonanza Megapays. You might also want to check out other Big Time Gaming slots.