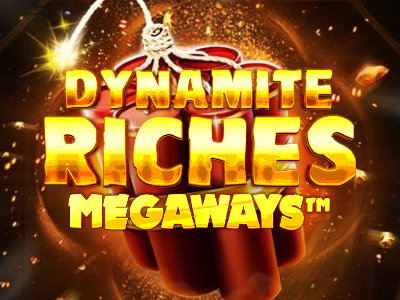 It's time to head back into the mines with Dynamite Riches Megaways! Developed by Red Tiger Gaming, this Megaways slot plays on 6-reels with 117,649 ways to win along with high volatility gameplay.

Throughout this slot, there are four modifiers, gold spins, growing multipliers and much more to help to find the most precious diamonds. If you love the original slot, then you'll definitely adore this one!

“ A gold mine of explosive features and dynamic wins ”

There are four different modifiers that can be unlocked by landing a certain amount of wilds. The bar at the top indicates the process you have made and they remain unlocked throughout your game.

The four modifiers are:

Aside from the modifiers, you have the Gold Spins which can be triggered by landing 3 different gold spin symbols. When triggered, 8 spins will be awarded with each additional gold spin symbol awarding 2 extra spins. Every win during Gold Spins will increase with a growing win multiplier up to x20 that resets when the bonus round ends.

Some casinos will add Red Tiger Gaming's jackpot to this slot and it can be triggered by landing 3 or more jackpot symbols on the reels. It'll take you to a wheel that determines if you will win a jackpot and which one you'll win if you do. The 3 jackpots include: 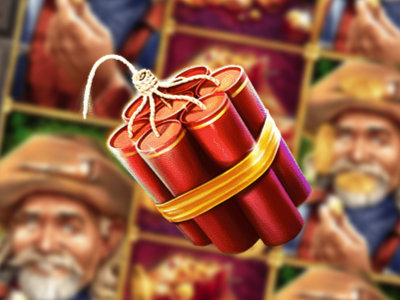 Landing dynamite wilds can unlock four different modifiers, each with its own bonuses and perks. You can remove lower paying symbols, add golden wilds, multipliers and even mega wilds covering an entire reel. 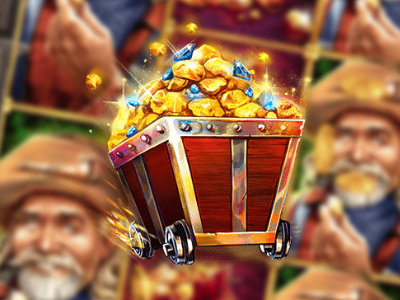 Managing to land 3 different gold spin symbols will award 8 free spins with each additional gold symbol awarding 2 extra ones. Each win during this mode will trigger an increasing multiplier that can climb up to x20. 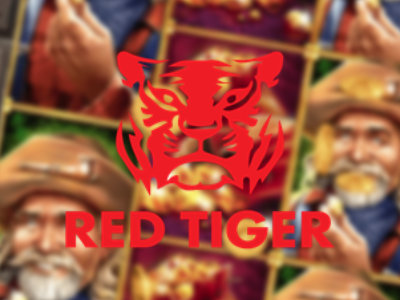 A majority of operators will actually have the Red Tiger Daily Jackpot attached and can be triggered by landing 3 or more jackpot symbols. You'll be taken to a wheel to determine which one of three jackpots you'll win.

In 2019, the original Dynamite Riches was released to a huge success due to the fantastic features combined with the impressive visuals. That is exactly why it's no surprise that Red Tiger Gaming decided to bring back the slot with a Megaways upgrade.

Playing on 6-reels with 117,649 ways to win, Dynamite Riches Megaways is a high volatility slot that features all the amazing mechanics from the original game but adds the marvellous Megaways to make the gameplay even more exciting. Journey back into the depths of the mines for an even bigger prize this time!

There is barely any change from this slot and the original as the design is almost the same. The slots are centred in the middle of the reels with various caves and stones surrounding them.

You'll recognise familiar faces on the reels with symbols from the original slot such as the old man with the gold and the bags of money. It all looks clean and goes together well in this slot - but we've seen it all before.

As for the music, it's a hillbilly jig as you spin between reels which is both exciting and fun to hear. It definitely makes you hyped for the spin whilst not being too annoying. In between spins, you'll find soft ambient noises such as echoing of the cave and people which adds to the atmosphere of the slot.

Aside from the Megaways mechanic, the gameplay of this slot is simple and easy meaning that anyone can pick up and play this slot provided that they have the bankroll to sustain themselves. At the bottom of the reels, you'll find the spin button along with the bet level to the left of the screen. Other menus can be found at the bottom left with the pays and help section, so you'll be able to find additional settings here.

With the Red Tiger Jackpot, the RTP varies with this slot from 95.75% to 92.74%. The version we played had an RTP of 92.74% with the Jackpot which is a respectable amount with a progressive jackpot. It'll come as no surprise that this slot features a high volatility level meaning that wins will be less frequent but rewarding when they do eventually deliver.

As for the maximum win, the base game of this slot features a win of up to 7,000x your stake but only has a maximum bet of 10.00 - which isn't brilliant but can deliver some acceptable wins. Some versions of this slot will have the Red Tiger Jackpot attached with three different progressive amounts that you can win, so jackpot hunters will enjoy this slot.

Whilst there is an additional mechanic in the form of Megaways, Dynamite Riches Megaways is almost identical to the original slot. That's not necessarily a bad thing, but if you played the original and don't fancy Megaways, then maybe skip this one out. However, if you missed the original and want a phenomenal Megaways slot with a jackpot, then this is the one for you.

Dynamite Riches Megaways is electrifying and sensational - if you haven't played the original. The modifiers and gold spins alone will give you enough reason to try out this slot.