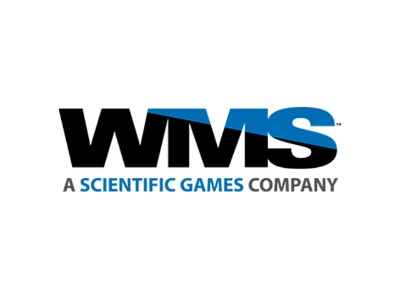 It's fair to say that WMS is a company that's been around the block a fair bit. Originally founded in Chicago, Illinois by Harry E. Williams in 1943, his fledgeling young company specialised in creating pinball machines that could be enjoyed by people across America. Experiecing great success WMS branched out and began creating iconic arcade games that entertained millions throughout the 1970s and 1980s. In the 1990s they broke into the gambling industry where they developed slots for casinos before moving onto the iGaming scene a decade later, the rest is history.

If you're looking to play some of the best WMS slots then look no further. We've personally spent months playing all of the titles WMS has to offer, digging deep into every aspect of what makes these games great.

All of the games shown below are ones we consider worthy of being called the very best WMS online slots.

Searching for new WMS online slots? We understand the importance of variety when it comes to playing at your favourite online casinos, and that's why it's vital to keep on top of each and every new slot release.

We're proud to bring you a comprehensive list of new WMS online slots that have been thoroughly playtested and reviewed. We can confidently confirm these slots are safe, reliable and most importantly, enjoyable to play.

Are you looking for the best slot sites to play WMS titles? The expert team here at Slot Gods have scoured the internet to find a collection of online casinos that are more than worthy of your patronage.

Not only will you find all of the WMS titles here, but you'll also have a great time playing them with the assurance that your funds and winnings are safe and secure.

WMS is one of the most iconic slot developers of all time, having first started life as a Chicago pinball manufacturer under the watchful eye of founder Harry E. Williams in 1943. From then on the company developed numerous products including a fortune-telling machine and a whole host of traditional arcade games such as Defender, Stargate and Moon Patrol. Over the years the company passed hands multiple times, undergoing multiple re-brands and names including the Williams Electronic Manufacturing Corporation and WMS Industries, Inc.

Having enjoyed great success during the golden age of arcade gaming throughout the 1970s and 1980s, the company turned their attention towards creating products for the casino industry, this was done in part to make up for the fact the pinball and arcade industries were experiencing a steep decline.

The company started out creating video lottery terminals for casinos in Vegas and beyond in the early 1990s, before moving onto slots in the mid-nineties. Their first big hit was 'Reel 'Em In', a classic three-reel slot that featured seven progressive jackpots spread across various casinos in the United States. At the height on their success in the land-based casino industry, WMS were serving up to 70% of slot players in across the US.

As technology improved the company created a huge number of highly-rated branded slots including a set of titles that are based around iconic board game Monopoly, many of these slots have since made their way online and make up part of the Monopoly slot series. Other brands that got the WMS treatment included The Price Is Right, Men In Black, Top Gun and The Dukes of Hazzard, just to name a few.

As the new millennium was ushered in, WMS worked tirelessly to break into the online market, they created a number of popular slots and found their way onto casinos operating in multiple markets globally. In 2013 the company was acquired by Scientific Games, (alongside their longtime rivals from across the pond, Barcrest) for an estimated $1.5 billion dollars.