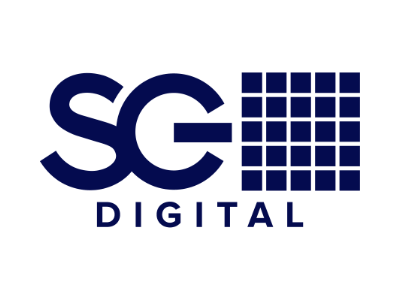 SG Digital, commonly known as Scientific Games, and now known as Light & Wonder, is a legendary force in the gambling world, having created a number of immensely popular products over the last few decades.

The company have their roots in lottery tickets and horse racing, so it seems slightly odd that they're so highly regarded in the iGaming scene, however, this is because of the large market share they enjoy thanks to a number of acquisitions.

If you're looking to play some of the best SG Digital slots then look no further. We've personally spent months playing all of the titles SG Digital has to offer, digging deep into every aspect of what makes these games great.

By carefully and impartially grading each online slot on their design, features, usability and win potential we've been able to come up with an average overall score out of five. A full breakdown of a game's score can be found by visiting the game's review.

All of the games shown below are ones we consider worthy of being called the very best SG Digital online slots.

Searching for new SG Digital online slots? We understand the importance of variety when it comes to playing at your favourite online casinos, and that's why it's vital to keep on top of each and every new slot release.

We're proud to bring you a comprehensive list of new SG Digital online slots that have been thoroughly playtested and reviewed. We can confidently confirm these slots are safe, reliable and most importantly, enjoyable to play.

Below you'll find a complete list of SG Digital slots in alphabetical order. Click on a slot to find out more about it and play for free or real.

Stay up-to-date with what's coming soon from SG Digital! We've managed to get exclusive early access to some of SG Digital's best new upcoming slots and are sharing them with you right here.

Are you looking for the best slot sites to play SG Digital titles? The expert team here at Slot Gods have scoured the internet to find a collection of online casinos that are more than worthy of your patronage.

Not only will you find all of the SG Digital titles here, but you'll also have a great time playing them with the assurance that your funds and winnings are safe and secure.

SG Digital, commonly known as Scientific Games, are a true powerhouse of the casino industry. The company was founded in 1973 by the duo of John Koza and Daniel Bower, and got to work creating their first product.

This happened to be the world's first instant lottery game that could see players win $1,000 a week for life which was an absolutely incredibly generous prize for the time.

A history of SG Digital

Over the years the company continued to make it a variety of different products that were distributed across the United States, including computerized systems that allowed punters to place wagers on a variety of horse races at racetracks remotely anywhere in the country.

Following the start of the new millennium, the company really began to expand aggressively (after being taken over themselves by Autote), making their name known within the iGaming industry.

Scientific Games' growth came thanks to a number of shrewd acquisitions including companies such as Bally Technologies, Barcrest, WMS, MDI Entertainment and NYX amongst many other smaller companies.

Many of their award-winning games have been adapted from iconic land-based titles, whilst others have been developed specifically for an online market.

One of the biggest online slot franchises in the world is clearly the Rainbow Riches series which follows the iconic leprechaun through a variety of adventures. Since SG Digital acquired Barcrest, they have become the king of the online slot series.

Not content with having Rainbow Riches, the iGaming titans acquired WMS to gain the legendary Monopoly series which is available at almost all slot sites.

Amazingly, the developers have also played around with the typical format of these games and created fresh concepts which can be seen with Monopoly Electric Wins and Monopoly Lunar New Year.

Of course, we at Slot Gods can talk about all the amazing things that SG Digital do - but the amount of recognition and awards they receive literally do the talking for them. These awards include:

Currently, Scientific Games have over 1,400 talented employees at offices across the globe on six different continents with over 3,000 live games.

With all the popular brands and titles, there is definitely no intention of stopping anytime soon and we can only expect great things from this iGaming giant.