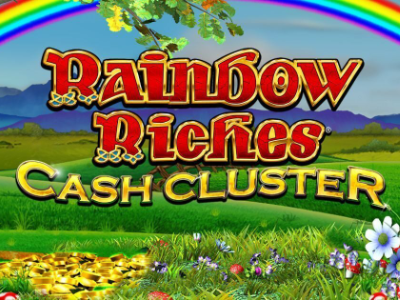 Rainbow Riches Cash Cluster is a strange match-style coordinates game developed by SG Digital. Players are tasked with collecting a number of matching symbols on a 6x8 game grid in under 6 spins or less. Doing so will see them win cash prizes or trigger guaranteed prize bonus features such as the Pots of Gold Bonus or Road to Riches bonus. The maximum prize on offer in Rainbow Riches Cash Cluster is 500x the player's stake.

“ Sadly, our interest in this quirky game waned after just a few spins ”

Jump straight into the action and play Rainbow Riches Cash Cluster now at the following fully licenced UK slot sites. These slot sites have been thoroughly audited and reviewed by the team here at Slot Gods to ensure they offer an exceptional user experience, are trustworthy, safe, secure, and boast the best selection of online slots in their portfolio including Rainbow Riches Cash Cluster...

In order to win cash prizes or trigger special guaranteed prize bonuses players must collect a certain number of game symbols during their 6 spins. The required number of symbols needed are detailed below.

If players trigger the Pots of Gold bonus then they spin 12 gold, silver and bronze pots. When these pots stop spinning they'll reveal a prize multiplier which is awarded to the player.

If players trigger the Road to Riches bonus then they'll play the classic mini-game that sees them spin a wheel to determine how many steps the Leprechaun will take along a path. Each step on the path is an increasing prize multiplier. The feature ends when players land on collect. 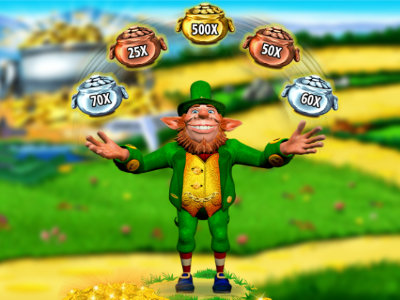 If players land 3 Pots of Gold then they'll play a mini-game that sees 12 gold, silver and bronze pots spin. When they stop spinning players will be awarded one pot which reveals a prize multiplier. 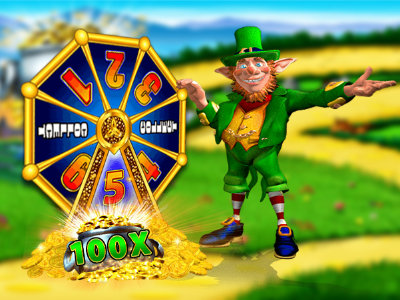 Players are given 6 spins in which they must collect enough matching symbols in order to win a cash prize worth up to a maximum of 500x their stake. There are two classic and recognisable bonus features that can be triggered when playing this game, Pots Of Gold and Road to Riches.

Let's be completely honest, if you've played a Rainbow Riches game before, you'll know what to expect. This slot features the same rolling green hills that can be seen in practically every slot in the Rainbow Riches series... It's not impressive as it's the same thing we've seen time and again. Yawn!

The symbols that feature on the game's 6x8 game grid include a wishing well, toadstool, harp, horseshoe and a four-leafed clover. The special symbols include the ever-present Rainbow Riches Leprechaun, a pot of gold at the end of a rainbow and precious gemstone.

In terms of Cash Cluster's soundtrack, a typical Irish-themed song plays for a couple of seconds whenever the spin button is pressed... That's it though! There is the sound of crickets chirping in the background in between spins, which is pretty apt considering this game almost sent us to sleep as it's slow-paced and boring after a short while.

Don't expect anything run-of-the-mill, because Rainbow Riches Cash Cluster is far from it! Players are tasked with selecting a stake between 0.10 and 30.00 and then they receive 6 automated spins. During that time a coordinate is chosen which points to a specific symbol.

That symbol is then added to a prize totaliser, if players match enough symbols to its totaliser then they'll win a fixed cash prize. If the coordinate lands on a cluster of symbols then all of those symbols are added to the totaliser at once.

If players land 3 of the special bonus symbols at once then they'll trigger a guaranteed payout bonus game worth between 10x and 500x their stake.

A maximum of 3 extra spins are available after each game for a cost (somewhat similar to Slingo games), this can see players still prizes if they've come close to winning, but just missed out.

First things first, it's imperative that make sure you check which version of the game you're playing as Rainbow Riches Cash Cluster features RTP ranges. Players could be playing the game at 65%, 89.13% or 95% RTP, all of which are low for an online slot... That being said, if you consider this a bingo game then this slot has a fairly good RTP.

The maximum win potential on this slot is disappointingly low at 500x the player's stake, So playing with the maximum stake of 30.00 players can win 15,000 at the most, which sounds good on paper, but compared to other games it's actually painfully low.

This game is like marmite, you'll either love it or hate it. in terms of gameplay, it's not even close to being comparable to a modern day online slot something like Dead or Alive 2 or Gonzo's Quest Megaways... But that being said we've decided to review Rainbow Riches Cash Cluster because it's part of such an iconic slot series, and it's different to anything we've ever played before.