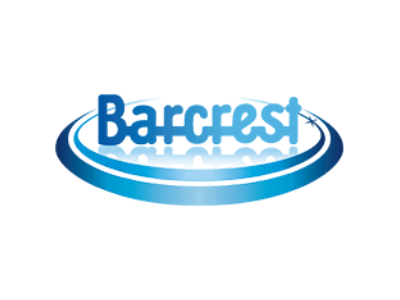 Barcrest is one of the world's most iconic iGaming companies that started life creating arcade, bingo and pub games out of Manchester, England way back in 1968. Since then the business has grown from strength to strength, creating the iconic Rainbow Riches series that's spanned across multiple platforms over the years. The company was acquired by IGT in 1998 and became part of Scientific Games in 2011.

If you're looking to play some of the best Barcrest slots then look no further. We've personally spent months playing all of the titles Barcrest has to offer, digging deep into every aspect of what makes these games great.

All of the games shown below are ones we consider worthy of being called the very best Barcrest online slots.

Searching for new Barcrest online slots? We understand the importance of variety when it comes to playing at your favourite online casinos, and that's why it's vital to keep on top of each and every new slot release.

We're proud to bring you a comprehensive list of new Barcrest online slots that have been thoroughly playtested and reviewed. We can confidently confirm these slots are safe, reliable and most importantly, enjoyable to play.

Below you'll find a complete list of Barcrest online slots in alphabetical order. Click on a slot to find out more about it and play for free.

Are you looking for the best slot sites to play Barcest titles? The expert team here at Slot Gods have scoured the internet to find a collection of online casinos that are more than worthy of your patronage.

Not only will you find all of the Barcrest titles here, but you'll also have a great time playing them with the assurance that your funds and winnings are safe and secure.

Barcrest was founded in Manchester, England way back in 1968 where they were responsible for creating gaming terminals (more commonly known as fruit machines) for arcades, bingo halls and pubs up and down the United Kingdom.

Such was their success through the1960s, 70s and 80s the company were able to expand their operations across Europe. By the late 1990s Barcrest had grown to a point in which they were making over £59,000,000 a year, thus attracting attention from larger iGaming companies. World-renowned iGaming firm IGT tabled an offer to purchase the company for £42,000,000 which was accepted, and the rest is history!

The company continued to operate as they had done for the previous thirty years, producing a range of popular slot games for terminals, however, a handful of their most succesful slots (such as those in the Rainbow Riches series) were ported so that they could be enjoyed by online casino enthusiasts at the turn of the millennium when the online phenomenon was beginning to boom.

Only 14 years after IGT had purchased the Barcrest, they were up for sale once more. Scientific Games this time taking on the veteran iGaming company for a grand total of £35,000,000. Since then Barcrest has continued to operate as they had been, releasing a number of new slots each and every year, paying particular attention to their most successful titles.